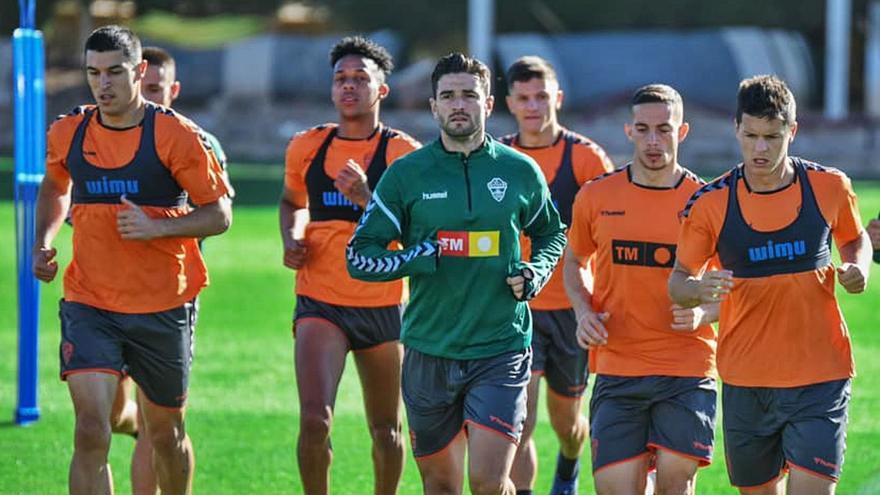 At that time, Elche had a half-done squad that had barely been signed. Barragán, Iván Marcone, Guido Carrillo, Emi Rigoni and Diego González arrived days later at the Elche club, with the bell of the closing of the summer market about to ring. Diego González even did it after the deadline, finding himself free after his separation from Málaga. Lucas Boyé had signed a few days before and could only play the last minutes, with the match already resolved.

To those five footballers we must add another four who have landed at the Martínez Valero in the winter market, such as Johan Mojica, Gazzaniga, Helibelton Palacios and Pablo Piatti.

In addition, the rival will also be new for Fran Escribá and his coaching staff, who arrived at the French-green entity in mid-February.

The starting eleven presented by Elche this Friday (9pm), at the Real Arena, will be quite different from the one played on the opening day against the Donostiarras, played on September 26 at the Martínez Valero. On that occasion, Jorge Almirón started Edgar Badia, Cifu, who was injured at 30 minutes and was replaced by Nino; Gonzalo Verdú, Dani Calvo, Josema, Josan, Mfulu, Raúl Guti, Pere Milla and Tete Morente. In the final stretch of the match, with the game decided, Luismi Sánchez, Víctor and Lucas Boyé came out.

However, the Real Sociedad coach, Imanol Aguacil, did present a very recognizable starting team that can be quite similar to the one that will play on Friday in San Sebastián.

Real Sociedad played with Remiro, Gorosabel, Elustondo, Le Normand, Ahien, Guevara, Mikel Merino, Portu, David Silva, Mike Oyarzabal and Isak. The front of the attack and that very possibly it will repeat against Elche was the same one that last April was proclaimed champion of the Copa del Rey.

In addition, Aguacil will not reserve any footballer, because he wants to maintain the fifth position and has Villarreal at one point and Betis at two and has not yet assured qualification to play in European competition next season.

Fran Escribá will present a different starting team from the one that played for Martínez Valero. Lucas Boyé, Iván Marcone, Gazzaniga, Helibelton Palacios, Barragán, even Diego González and Pablo Piatti have many possibilities of initially going out and playing, for the first time this season, against Real Sociedad.

Even the game system will be different. Almirón bet on the opening day for three centrals and two lanes, while the current franjiverde coach, saved a surprise, will maintain his classic 4-4-2. In addition, many of Elche’s footballers have much more experience than in the first round match, in which most made their debut in the First Division.