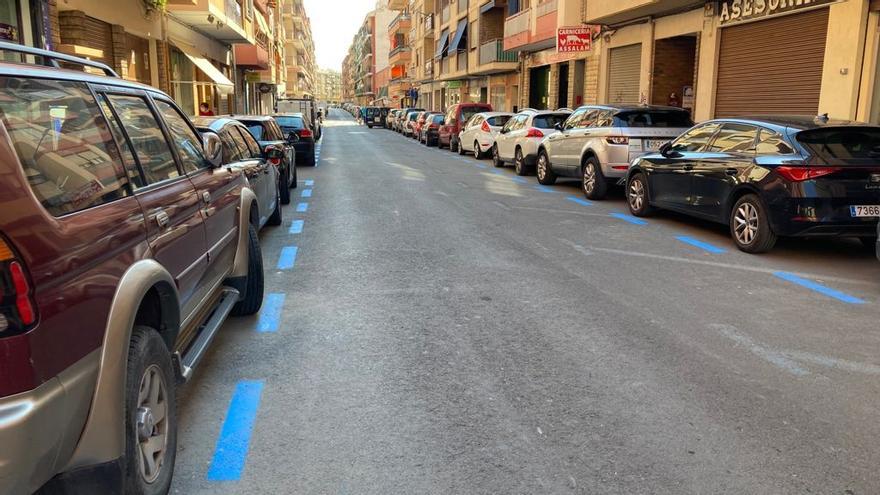 The local government, chaired by the socialist Andreu Verdú, nevertheless defends that the new contract will allow a lower rates and that, in addition, contemplates an agreement with merchants to bonus 15 minutes parking.

The Councilor for Citizen Security and Traffic, Isabel Perona, explained that “The return of the ORA service will be made progressively in different phases.”

The first phase From the start-up of this service, it focuses on the downtown area, “mainly on the streets where the blue zone was already in operation previously,” adds Perona, “because the parking meters that already they had installed in these streets. ”

Later, with the acquisition of new parking meters by the concessionaire, the service will be extended to new areas of the municipality and the coast, where the paid parking of the orange zone is being enabled, as the local government has transferred in a statement.

“After more than a year of study and negotiation of conditions that will improve the service, the new contract signed with the concessionaire reduces the previous rate by € 0.24 / hour and grants 15 minutes of parking with local businesses. The new rates agreed are € 0.56 / hour for non-residents and € 0.14 / hour for residents in the blue zone squares. The rate for the orange zone is € 0.56 / hour for both cases, while the cancellation of the complaint is set at € 2.73 for the blue zone and € 4.68 for the orange zone “, explained the same sources.

EYSA Servicios plans to open a citizen service office in the coming days, located at the intersection of Calle Cervantes with Calle Mestre Pons in the town. People who wish to process their resident card should contact the company via the email “[email protected]” to, as of June 15, take the appropriate steps to obtain the resident card.

Finally, from the municipal executive they explain that, with the new contract, “the affected streets are widened by the limited parking in order to facilitate the greatest possible rotation of vehicles in areas where the services of the town are concentrated as well as in other very crowded such as on the beaches during the summer. “In addition, they defend that the commitment of the concession company of

“Acquiring, placing, connecting and integrating five video surveillance cameras into the municipal system and the obligation to establish an agreement between the concessionaire and the Les Talaies center for the labor inclusion of people with functional diversity”.

Criticisms of the opposition for “tax collection effort”

Faced with the explanations of the government, the Popular Party of La Vila, the majority group in the opposition, has harshly criticized this Tuesday the expansion of places regulated by the ORA in new roads authorized by the socialist Verdú.

“The PSOE of Andreu Verdú has begun to dye the parking spaces of all Villajoyosa blue,” criticizes the popular spokesman, Jaime Lloret, who has also recognized that his group is in favor of regulated parking “because it was precisely us who we implemented for the first time in 2013 ”. However, Lloret continues,“ the blue zone that we designed was only attached to the downtown area of ​​the town because it is essentially where many businesses are concentrated and due to this, our objective was to favor the rotation of parked vehicles “, for which he explained that it was” a solution that we proposed to alleviate the lack of parking in the downtown area and the consequent chaos of traffic that is generated habitually by this question “.

One of the new streets where parking spaces will be painted blue, in an image released by the PP. . INFORMATION

“We cannot agree on the approach that has been made since the socialist government of Andreu Verdú, taking the ORA to the very periphery from the city, such as Calle Cervantes or Costera Pastor ”, point out from the PP, who have also reproached the Vilero government for having doubled the number of places established in the previous contract.

For this reason, the popular have concluded by stating that the PSOE “has implemented a shamelessly collection measure that It will force practically all the residents of Villajoyosa to ‘go through the box’ to park as they have been doing until now ”.