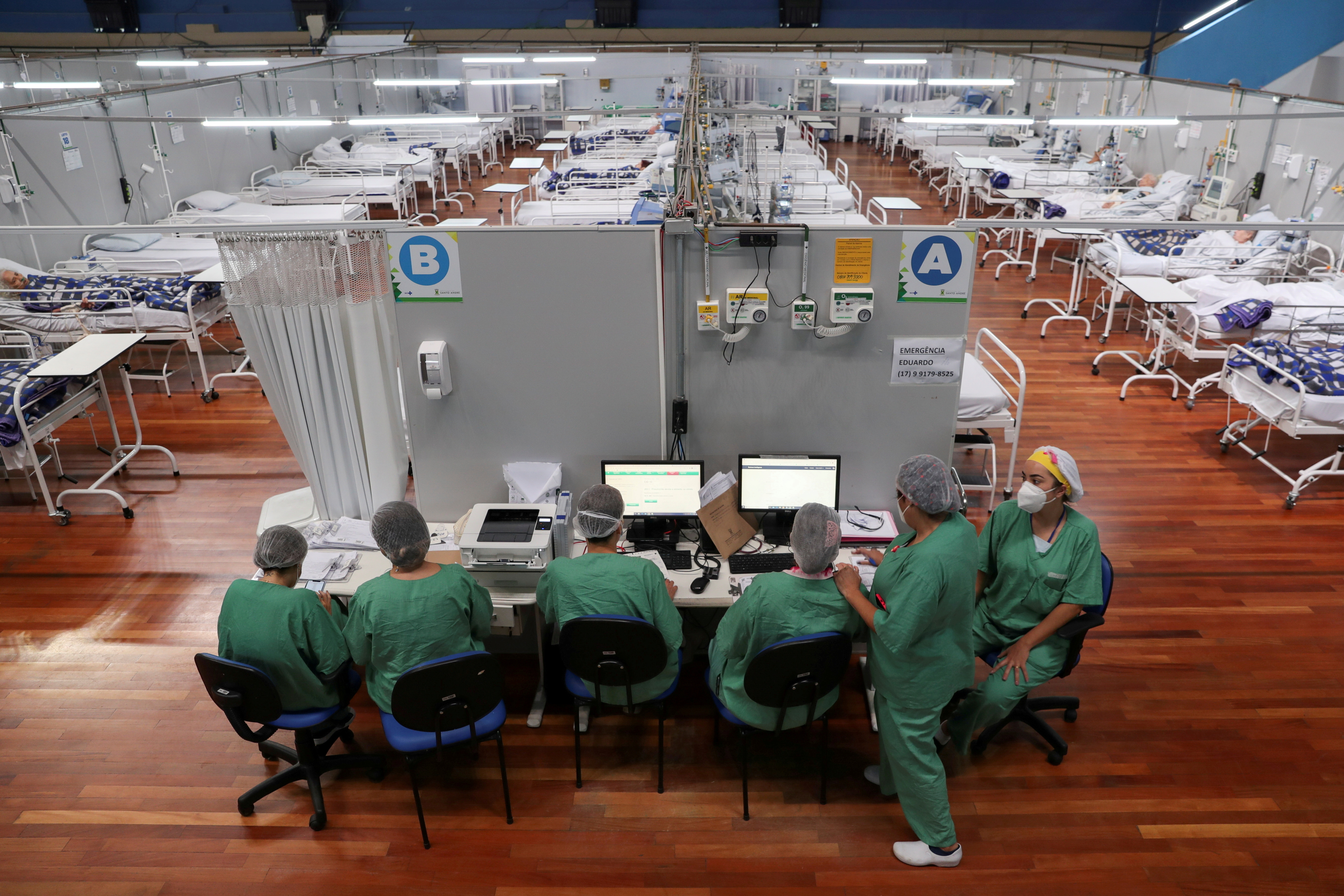 Brazil, a laboratory for several coronavirus vaccines, lags behind when it comes to applying them, despite having one of the most ambitious immunization programs in the world. The first injections will still take weeks because no compound has yet been authorized and because even the millions of syringes and needles needed to inoculate the population are lacking. Brazilians concerned about the virus see with enormous frustration how Argentines, Mexicans or Indians receive the injection. It is one more example of the chaotic management of the pandemic and the effects of having a president, Jair Bolsonaro, methodically sabotage the efforts of other health and political authorities to contain the virus. Although the deaths are increasing, Bolsonaro celebrated this New Year with a dip on the beach that caused a notable agglomeration.

The president acts with his back to a reality that can be summarized in a handful of data: Brazil accumulates 10% of the deaths from coronavirus in the world, despite being home to less than 3% of the world’s population, and unemployment breaks records with 14.6%. There are 14 million people without work, a social catastrophe mitigated by economic aid that has ended for millions of Brazilians.

The vaccine is a victim of political polarization in Brazil, as masks or social distance were before. The president insists that he does not plan to get vaccinated while casting doubts about the effectiveness of immunization, giving encouragement to the most skeptical and fearful in this country infested with false news and with millions of poorly educated people.

To top it all, the shortage of syringes and needles, which sounds like a bad joke when more than a year has passed since the first infections in China, is a real problem. The federal government made a tender on the 30th to buy 331 million syringes to apply the vaccines, but it only achieved eight million because the price it offered is well below that of the manufacturers. Brazil has 210 million inhabitants and vaccines require at least two shots.

He every man for himself that has marked the Brazilian management also has its reflection in the injections. The richest state, São Paulo, already has 50 million syringes.

The shortcomings are even more striking when one considers that Brazil prides itself on being a model in vaccination. It is one of the countries that offers the most free vaccines. There are 15 in the case of children and they reach the most remote towns by land, river and air. A decades-long effort that has managed to eliminate polio, rubella, and greatly reduce other vaccinable diseases. The anti-vaccine movement is moving forward anyway.

The microbiologist and scientific communicator Natalia Pasternak thus summarizes the situation in an article published this Saturday in the newspaper O’Globo: “Brazil, which had everything to be an example, as always, in vaccination campaigns, is left behind, with few real prospects for the beginning of the year. We have two strong candidate vaccines to meet demand in 2021, but unfortunately both have obstacles. ” They are those of AstraZeneca / Oxford, sponsored by the Bolsonaro Government, and the Chinese of Sinovac, bought by the governor of São Paulo, João Doria, who clings to science and has made it his great bet to become a candidate for the presidency.

The pandemic still leaves a trail of daily deaths and the British variant has already arrived, although since Wednesday Brazil has required a negative PCR test from all travelers. This week there have been three consecutive days with more than a thousand deaths. And some ICUs, like those in Rio de Janeiro, are on the verge of collapse. This terrible panorama has not prevented the head of state and thousands of his compatriots from enjoying the Christmas holidays as if nothing happened here. The footballer Neymar is one of those who supposedly wanted to dismiss the year as in pre-coronavirus times: he was going to gather 150 people for a five-day party, according to O’Globo.

Tradition dictates that Brazilians greet the new year dressed in white and jump seven waves on the beach. But this New Year’s Eve provided here also some images unimaginable any other year. A deserted Copacabana received 2021. Yes there were some parties on other beaches and on New Year’s Day some were really packed. Bolsonaro was sailing in front of one of them when he decided to jump into the water, followed by a handful of his bodyguards, and approach hundreds of bathers who shouted “myth! myth! myth!”. He himself tweeted the video under the title “on the beach with the people.”

Manaus, the capital of the Amazon and the city hardest hit at the beginning of the pandemic, is digging new graves due to the increase in infections and victims, which would definitively bury the hypothesis, suggested in an academic study, that it was the first the world to achieve herd immunity. Official figures, weighed down by underreporting due to the shortage of tests, indicate that the virus has killed proportionally less here than in 16 other countries, including Spain, Peru and the United States. Of the 1.8 million deaths from coronavirus in all over the planet, more than 195,000 were Brazilian.