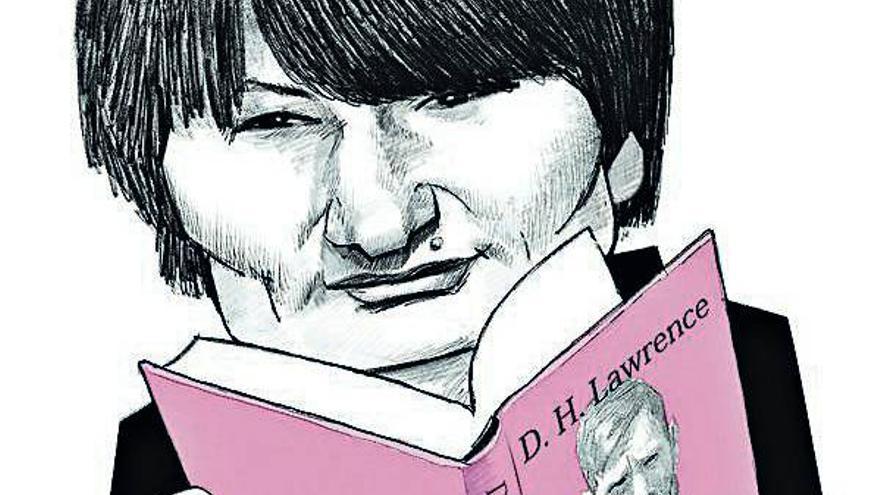 Catherine Millet, author of a sexual autobiography that brought controversy a few years ago, has taken care to deepen this exploration of desire with which the British writer anticipated female sexual liberation. Yes; It must be said this way, no matter how much DH Lawrence, at some point was considered by feminists themselves, specifically by some of their colleagues, such as Virginia Woolf, an abhorrent misogynist. I would say that to be one he tried hard enough to deal with women; He could never have dived the way he did in his human condition had it not happened this way. To the point that he became a kind of scrupulous observer of female behaviors in the history of world literature. Here are some of her acclaimed novels, Sons and Lovers (1913), Women in Love (1920), The Feathered Serpent (1926) and Lady Chatterley’s Lover (1928), to prove it. In them, it can also be seen that only female orgasms are narrated in detail, none of it for men.

Lawrence was a writer with homosexual inclinations, somewhat tormented by contradiction and the son of an age that did not exactly help him to overcome it. The misgivings towards a female domination capable, according to him, of endangering his own male virility did not, however, lead him to adopt an indifferent or lukewarm position on the matter. The late Victorianism in which he moved would also serve to be judged as a puritan and, later, as the man who anticipated the sexual revolution of women. Starting from these apparent incongruities, it is the character, even more than the author, who gives off the magnetism that led Catherine Millet, director of Art Press, the most prestigious monthly publication in contemporary art, to read Lawrence’s work in two years, analyze the biographies written about him and the testimonies of the women with whom he had relationships, until completing a solid and entertaining essay on the man who questioned the morals of his time, the utopian and the nomad, who, after the experience of the war, he would undertake what he himself called his “wild pilgrimage.”

As a result of the publication of Amar a Lawrence, it was said that Catherine Millet had written a love letter to an author with whom she has felt fully identified, perhaps due to the parallelism of exploiting carnal desire against society and the social in a literary way. Or, in other words, the “puritan” Lawrence, the same as Millet confesses of herself, of a writer of unrepressed sensuality determined to talk about it from the first moment. For the author of The Sexual Life of Catherine M. – a novel translated into 45 languages ​​and published like this essay on Lawrence by Anagrama – love is strong enough to break down any social barrier. She herself runs away from home at eighteen to live her first sexual experience, and when she returns she can no longer stay because the fruit has fallen from the tree and her life begins to be incompatible with that of her parents.

If the characters, in general, of Lawrence establish communion with nature, Millet tells how the women in his novels do not give up any of their desires or their will, but are nevertheless traversed by the unconscious of the species. This is where the English writer worked as an entomologist of feminine automatisms to show us women who were free as never before and dissatisfied as always, in the words of the essayist herself. How to become emancipated by keeping the desire alive seems to be Millet’s preoccupation with issues that remain to be resolved.

Also Read  Despite the violent past and the toxic present, Britain and Ireland cannot escape the ties that bind | Fintan O'Toole