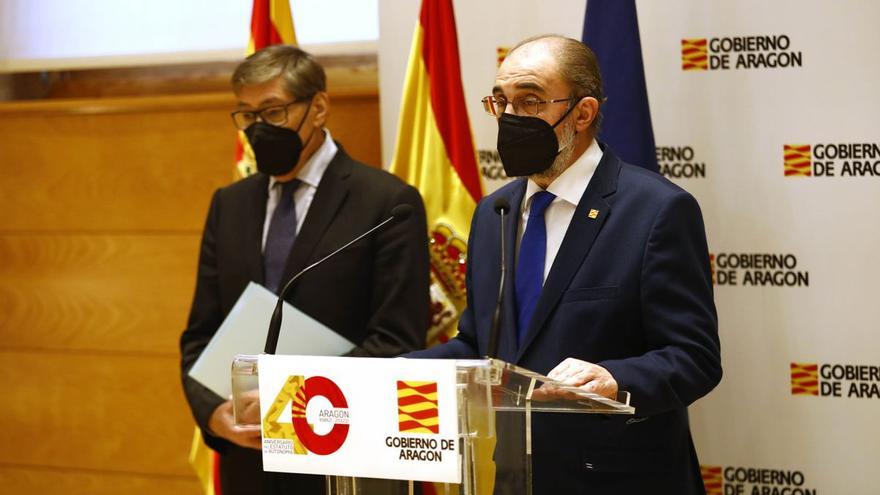 The President of Aragon Javier Lamban, has launched a serious warning this Monday in the face of the organization of the candidacy for the 2030 Winter Olympics. “Either Catalonia goes hand in hand or there will simply be no Games”, The president of the Government of Aragon has said, that this Tuesday he meets in the Pignatelli with Alejandro Blanco, president of the COE, in an appointment that seems vital in the face of a project that continues to be hindered from the neighboring community. In recent weeks, the positions to launch the joint idea led by the central government had come closer, but the latest statements by the Minister of the Presidency of the Generalitat, Laura Vilagrà, have left the project untouched, so much so that at this time It cannot even be guaranteed that the long-awaited meeting between Lambán and Aragonès, between Catalonia and Aragon, will take place. The COE will have to intervene again if you want to reach Friday with the future open.

“The candidacy must be Catalan and that it be held mostly in the Catalan Pyrenees,” said the representative of the Government, who refused to work together with Aragon. “Out of prudence and because I want the Games to go ahead, I trust that in the coming weeks we will redirect the situation”, assured Lambán in reference to the position of the Generalitat that the organization of the aforementioned games carry exclusively the Catalan brand and limit the rest of the support to a collaboration.

In fact, Vilagrà considered that the Pyrenees and Barcelona should appear in the name of the candidacy for these Olympic Games: “The potentiality of these names is beyond question,” he added. He only admitted that some discipline is celebrated in Aragon, something that found an answer in Lambán: “It’s not about things being done the way you want. Catalonia The Aragon but as the COE wants and as the International Olympic Committee. Either Aragon and Catalonia go hand in hand and at the same level as far as the configuration of the candidacy is concerned or there will be no Games because that is the COE’s criteria”, explained the Chief Executive, who has assured that he does not want that his warning sounds like a threat but rather the confirmation of a reality.

This issue is scheduled to be discussed with the President of the Generalitat, Pere Aragonés, at a meeting that should be held at the end of this week and in which he plans to address other “neighbourhood” issues related to services and the economy, although He has recognized that the issue of the candidacy “will be the most important”.

For his part, the president of the Popular Party in Aragon, Jorge Azcón, has also replied to the Generalitat. “We Aragonese do not deserve to be insulted proposing that we are a second-class candidate and that they despise our Pyrenees”, said the mayor, who reminded Minister Vilagrà “of the need for them to know that the only possibility of a Winter Games being held is that Catalonia and Aragon agree jointly” by arguing that “without an agreement between the two autonomous communities, so that the candidacy is formed in strict equality, it means that there will be no Winter Games for Spain, nor for Catalonia, nor for Aragon”.

Azcón has elaborated that “you have to let President Pere Aragonès know in the first person”, in reference to the meeting that the President of the Generalitat will hold with the President of the Autonomous Community of Aragon, Javier Lambán. “Far from paving the way for there to be a candidacy, they insult us and we Aragonese do not deserve to be insulted and despise our Pyrenees”, he reiterated. Also, it has stressed that Lambán “should demand” respect from Aragonès for the Aragonese, respect for the Pyrenees and respect for the Winter Games that will belong to all Spaniards”.

Also Read  They file another lawsuit against the Miami apartment association