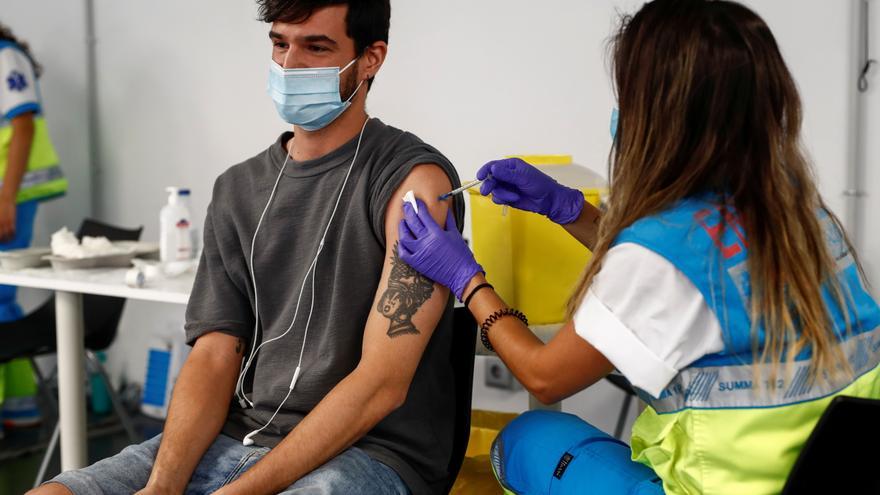 All viruses they change and mutate over time and the SARS-CoV-2, the virus that causes Covid-19 is no exception. Throughout this almost a year and a half, it has been able to mutate and modify its characteristics several times, and that is why right now there are many variants: alpha, beta, delta … But, currently other than has been considered of interest by the World Health Organization (WHO): the variant lambda.

While most focus on the famous new delta variant, experts at the National Epidemiology Center are almost as concerned about what could be its twin sister, the so-called lambda variant (C.37), also known as Andean or Peruvian. And, although it is not so well known, according to GISAD, the global platform for monitoring the different strains, Spain is the seventh country in the world with the most cases caused by this variant, which is located in another 31 states. And, even if only one incidence below 1% in Spain, according to the Ministry of Health, this variant could be as contagious and elusive to vaccines like the delta. Also, it is precisely being investigated whether lambda is behind an outbreak of infections in Cantabria that would affect at least 80 people.

Lambda was documented for the first time in Peru by the end of 2020 and, according to WHO data, it is behind the 71.6% of infections in Peru, 37% of those registered in Argentina and 32% in Chile, where the mass vaccination has not been able to stop the impact of this strain. However, the organization itself recognizes that for now there is a “limited evidence on its virulence and resistance to immunity. “Therefore, although the data indicate that yes, not tested nor has it stated yet whether this variant is more transmissible than other variants, whether it causes a more serious disease, or whether it makes vaccines less effective: “We don’t have much information, compared to the other variants, ”said Ricardo Soto-Rifo, a virologist at the University of Chile who has studied Lambda.

Pablo Tsukayama, coordinator of the Microbial Genetics laboratory at the Cayetano Heredia University in Lima, is part of a team of researchers whose work was crucial to detect, measure and size Lambda at first, when he was still known by his lineage code: C.37. According to the latest version of the study that characterizes it (still pending review), Lambda appeared in 100% of the virus samples collected in Peru already in April 2020. “Something that did not exist at the end of 2020 barely, and that by March it is already 80%, means you probably have some kind of advantage. It expands quickly. ”

This week we report the identification of a new lineage (variant) of SARS-CoV-2 that appears to be expanding rapidly in Peru and Chile. We call it C.37. I tell you what we know and do not know about it. 🧵
1/25 pic.twitter.com/iaQ818je77

To know in detail the details between contextual elements and elements attributable to the genetics of the virus, the researcherss have to keep working on it: “We have not done these calculations yet, partly because we haven’t collected enough sequences yet. We are in that process “says Tsukayama,” the world has got used to the quick evidence” Add.

It presents important mutations in protein S, which could mean a greater vaccine escape, even similar to that of Delta.

Pre-printed articles by Brazilian scientists also point out that Lambda could be as transmissible as Delta.

It has a greater transmission capacity than the other variants that it has practically erased from the map in South America such as the Gamma (South African) or the Alpha (British) and a greater escape, at least, to the Chinese CoronaVac vaccine.

Its rapid growth in Lima is worrying.

Are you eluding the protection of vaccines?

So, it is important to know how effective it is in avoiding the protection with which our immune system is endowed through vaccination. But, on this, the evidence is even scarcer than about transmissibility. There is hardly a couple of studies available, both under laboratory conditions.

One of them, led by the Chilean virologist Ricardo Soto Rifo, focused on the CoronaVac vaccine, from the Chinese laboratory Sinovac. In this, a group of volunteer health workers and they found that Lambda had “capacity for infection and immune escape increased versus neutralizing antibodies ”promoted by this vaccine. So the out-of-laboratory scope of this relative, never complete loss of protection remains to be seen.

In the another study, a team from New York University found similar reductions for Pfizer and Moderna vaccines, which the authors considered “relatively minor”, but is also pending scientific review.

Let’s not lower our guard

Although it is not yet scientifically certified, the WHO has concluded that this variant carries a series of mutations that are suspected of having “phenotypic implications“as a possible”increased transmissibility“or from”resistance to neutralizing antibodiesTherefore, now that the WHO has officially identified this strain as a variant of interest, Tsukayama hopes that more laboratories join in completing the necessary studies in order to know and learn to gauge the size of the threat that it may pose to the South American region, and to the rest of the world population in the long term.