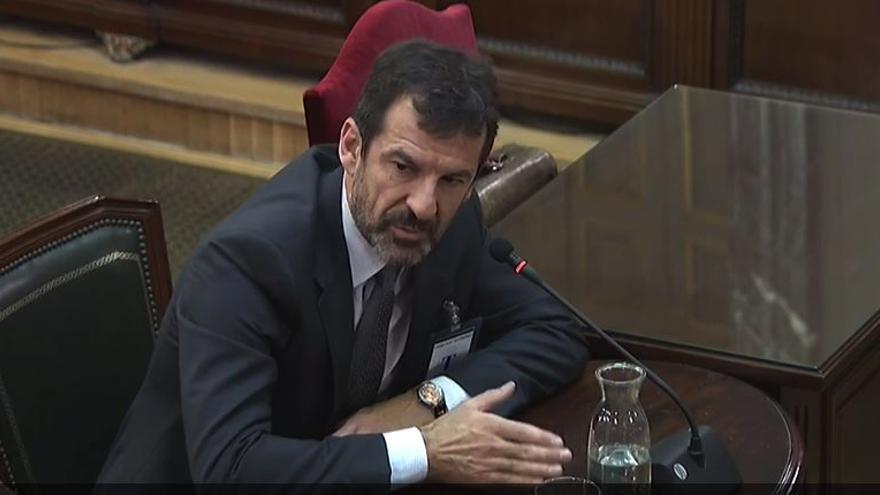 The president of FC Barcelona, Joan Laporta, has signed the commissioner of the Mossos d’Esquadra Ferran López as head of security for the Barça club, who led the regional police in the stage of 155 and who is currently working again as number 2 in the leadership of Major Josep Lluís Trapero.

As La Vanguardia has advanced and sources close to the operation have confirmed to Efe, López, who in his youth was a footballer and came to play in the Third Division, will join in the next few days as the new head of security of FC Barcelona, ​​after accepting Laporta’s proposal, which he surveyed weeks ago, as the digital El Món revealed then.

López, who joined the Catalan police in 1990 and eventually became one of Trapero’s most trusted commissioners, assumed the leadership of the Mossos in October 2017, after the removal of the eldest, and was at the head of the body during the stage of 155, which earned him criticism of the independence movement.

In fact, the commissioner resigned as head of the Mossos in June 2018Once Miquel Buch was appointed Minister of the Interior, arguing that he had assumed command in a “temporary and limited” manner.

Several sources consulted by Efe have highlighted the key role that López played in preventing the leadership of the Mossos d’Esquadra from being in the hands of the autonomous police during 155, by accepting the order to relieve Trapero after his dismissal.

López’s role was also decisive to underpin the Supreme court and in the National audience Trapero’s version, which ended up being acquitted and reinstated, that the Mossos d’Esquadra asked former president Carles Puigdemont to call off the 1-O and made it clear that they would always abide by the Constitution, and that they also designed a device to stop the Government after the DUI.

With a diploma in Education Sciences and a postgraduate degree in public security management and direction, López, with a dialogue profile, progressed gradually and without fanfare through the internal ranks of the Catalan police.

After serving as head of the Special Intervention Group (GHG) until 1999, he was appointed deputy chief of the Ponent police region, in Lleida, until 2003, and later in 2006 he was promoted to head of the South Metropolitan Police Region.

The head of the Mossos d’Esquadra during the tripartite, Commissioner Josep Milan, was the one who raised him to the top of the Catalan police, where he became one of the main names that were considered to head the regional police, although Finally, the then minister Ramon Espadaler ended up appointing Trapero as chief commissioner in 2013.

In the midst of the struggle between the Generalitat and the Government for the call for the 1-O referendum, Trapero appealed to López so that he would be the one to attend the coordination meetings of the police device to prevent the vote, which were led by the then high official of the Ministry of the Interior Diego Pérez de los Cobos.

During the entire judicial process for 1-O, López, who was also charged by a Cornellà judge -although his case ended up being recently archived-, always stood by Trapero’s side, like another of his trusted commissioners, Joan Carles Molinero, currently a uniformed spokesman for the corps.

After the acquittal of Trapero and his restitution, on November 12, at the head of the Mossos d’Esquadra, the mayor once again placed López as number two in the body, who had remained at the top in the brief terms of his successor, Miquel Esquius, as well as in Eduard Sallent’s stage as chief curator.

The departure of López from the Mossos d’Esquadra will now mean that, in all probability, Trapero will have to remodel his leadership to appoint a substitute for his most faithful commissioner.