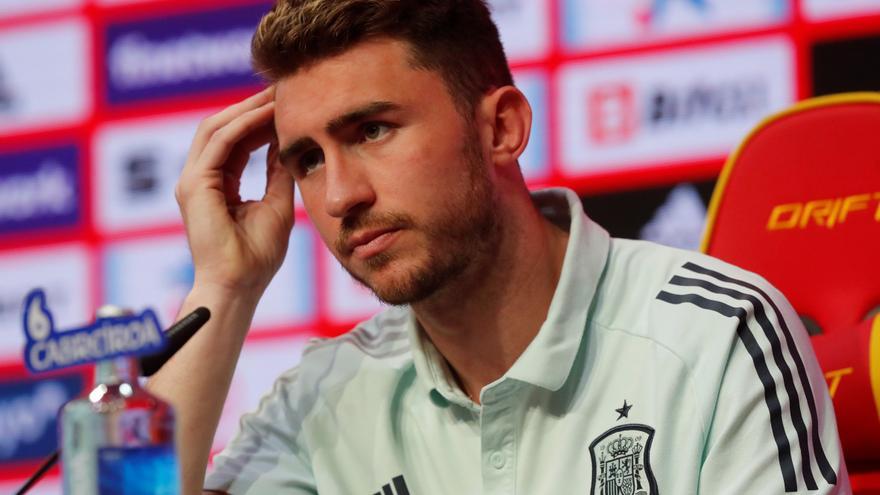 The Spanish international Aymeric Laporte, who debuted this Friday with the national team in the friendly against Portugal (0-0), has assured that “no one has to doubt” that he is going to give “everything” for Spain, with which he shares the “objective” of winning, and he has affirmed that he is in ‘La Roja’ “to add and not to subtract”, despite the fact that there are people who are waiting for him “on the corner”.

“I am here to compete at the highest level. My goal is the same as Spain’s: win all kinds of competition. I am going to give my best to win, and no one has to doubt that I am going to give everything for this team, “he declared at a press conference, in which he stated that he had received many messages congratulating him, including from some former teammates of the team. French team, in which he did not make his debut despite having been called up on several occasions.

In this sense, he assured that contacts with Spain come “from far back”, in the U-19 era. “Then it was very different. Now Luis Enrique called me to ask me about my situation, about the desire I had to defend this country and I told him that I was delighted to be with them. Then the president called me,” he said.

The Manchester City footballer, who became a Spanish national a few weeks ago to be able to play for ‘La Roja’, did not want to enter into polemics with French coach Didier Deschamps either. “Every footballer wants to always compete at the highest level and it is an incredible experience to play a Euro Cup. Deschamps was referring to a message that said I had not sent him and that I did send him, he may have changed his number, I don’t know. I am very happy to be here, “he said.

“The relationship will be cordial when we see each other. I tried to get in touch with him and it couldn’t be, it may be for reasons of changing the number … Nor is it something that worries me too much. I’m here and I’m delighted, I’m going to give everything to defend this shirt. I am here to add and not to subtract “he continued. “There are many people waiting for me in the corner. The good and the bad will be valued. I am prepared for that,” he said.

In another vein, Laporte spoke of his experience with both Pep Guardiola and Luis Enrique. “I’ve been with great coaches, with whom I have trained to be at the level I am today. I am very grateful to them. I hope I can reach the highest level with the national team and take it as far as possible, “he said.

“It has always been said that they have the same way of playing and thinking. I have seen them different in some aspects, but they are both very good and They are going to give me a lot. Guardiola has already contributed it to me at Manchester City, and these days I have already learned things, “he continued.

Finally, the former Athletic Club player explained why he was substituted during the duel against the Portuguese team. “I’m fine, I retired from the field yesterday to rest. I hadn’t played for a long time and it was good for me to play that time, I didn’t want to play because I felt an overload, nothing important, “he concluded.