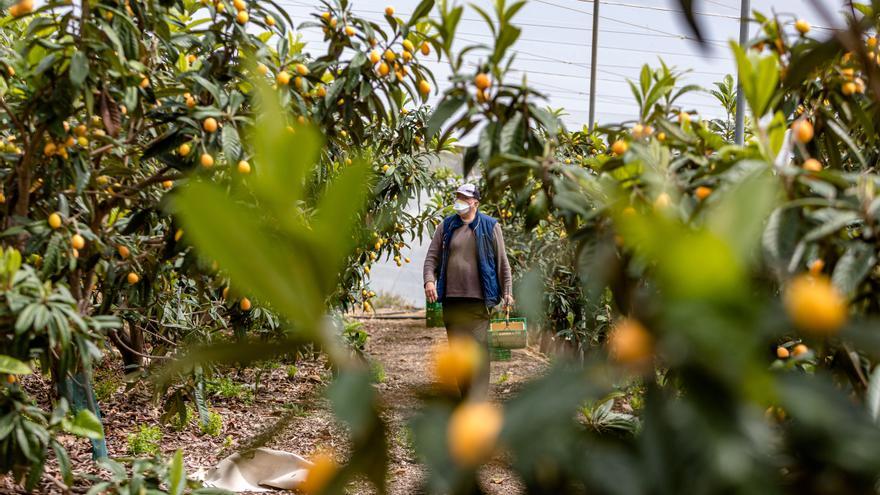 But if there is something to highlight this campaign, in which the weather has accompanied the absence of rain during flowering, mild temperatures throughout the winter and very punctual rainfall and falls gently at the time of fruit set, is the excellent quality of the fruit, which reaches the market with minimal treatments due to the absence of moisture, with one of the highest calibers from the last five years and with exceptional flavor and sweetness. “We are facing a great campaign of the medlar from the Marina Baixa, both in kilos of harvest and in organoleptic qualities. And the fact is, the absence of rains during flowering has caused fewer treatments to be carried out and the product will reach the consumer with zero residue, as well as having a large size and a flavor that we have not been able to achieve in years ”, highlights the president. of Young Farmers ASAJA Callosa d´En Sarrià, Rafael Gregori, which also points to the need to recover from a very complicated year 2020, in which many farmers had to put money out of their pockets and that this year they have been forced to tear up some plots due to not being able to withstand the situation of instability and lack of cost effectiveness.

Regarding the start of the campaign, this comes with a delay of 20 days compared to 2020, with which the factor of precocity in the markets could be diminished. But the producers are optimistic and, although the fruit is already being harvested in the most early areas of the region, they hope to reach the bulk of harvest in a couple of weeks, coinciding with the foreseeable lack of refinement in Italy, where 80% of the Callosa medlar. “It is true that this year we have lost some precocity compared to previous seasons, but it is true that other stone fruit will also come with some delay. In addition, the medlar from this region is exported to Italy, the main consumer, and it favors us that the bulk of the campaign coincides with the lack of refinement of the Italian population, the opening of the hotel and, above all, the return of the markets and greengrocers , since this fruit is consumed a lot on the streets and in these types of points of sale ”, says Gregori.

Likewise, ASAJA Alicante continues to fight to achieve a permanent reduction in the personal income tax index for this characteristic and artisan fruit. And the fact is that the general index of the modulus for the medlar is 0.37 and we request a permanent reduction of 0.16. “The production of the medlar requires a purely artisanal process. In a percentage of 80%, it is the same producer who sows, collects in stages a minimum of four times per season, sends it to the small artisanal warehouses and classifies and packages the fruit. I do not think it appropriate that we have to assume this very high index that does not correspond to the economic reality that the producers of this fruit are experiencing ”, Rafael Gregori denounces.