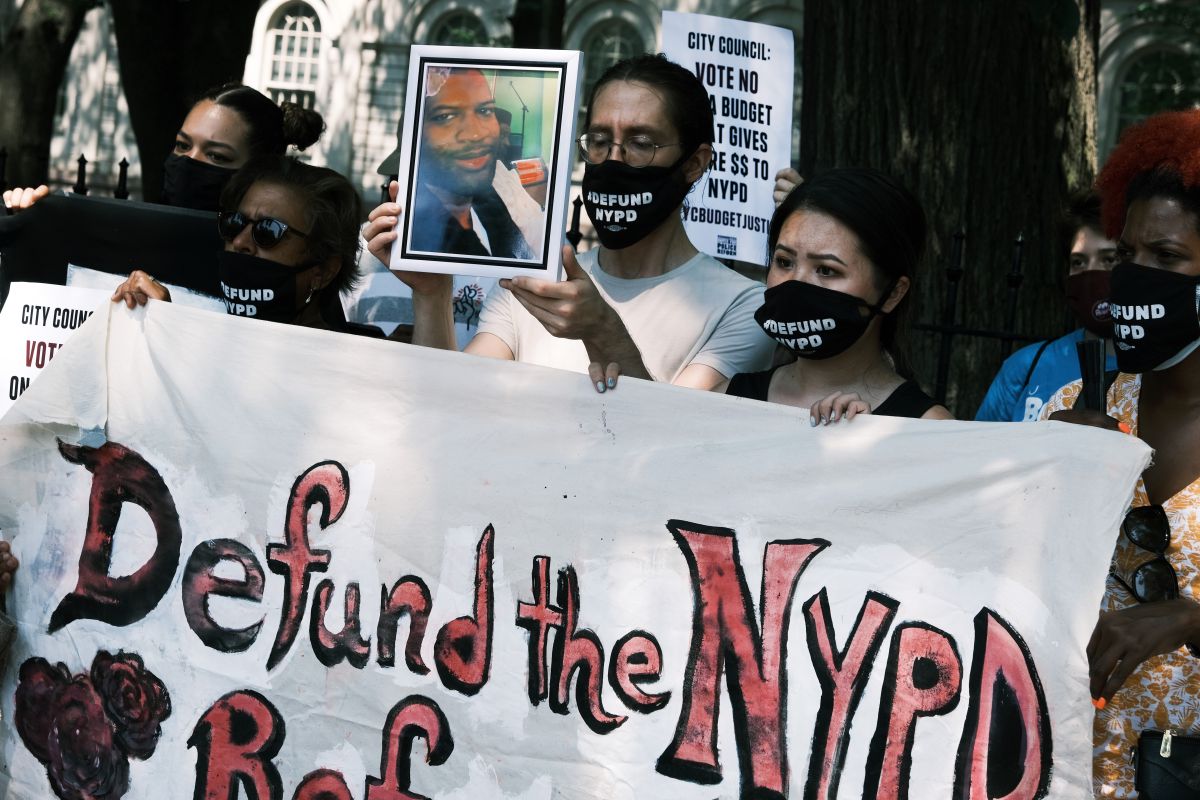 Due to the coronavirus pandemic the Big Apple It has gone through one of the strongest economic crises in its history, and to face that devastating reality, a historical response is needed: the largest budget ever agreed before between the Mayor’s Office and the Municipal Council for $ 98.7 billion dollars, for the next Fiscal Year 2022.

In an event that seemed to make it clear that the public health crisis of COVID-19 is now a thing of the past, because many handshakes and hugs without masks were seen, this Wednesday Mayor Bill de Blasio and the president of the Municipal Council Corey Johnson announced the agreement to adopt the City’s Recovery Budget, which even restores some of the funds that were cut in various programs last year, and also creates some new ones thanks to now having the multi-million dollar federal financial stimulus from $ 14.2 billion dollars.

“The Recovery Budget is a radical investment in working families. It will fuel economic growth in all neighborhoods, all while building on strong reserves and aggressively investing stimulus funds to put the pandemic behind us, once and for all, ”said De Blasio.

The president emphasized: “This budget is a historic investment in New York City and it is exactly the way we will achieve a recovery for all of us. “

The budget, which was agreed on the same day that the official deadline for its approval expired on June 30, and which will take effect at the beginning of the new fiscal year on July 1, was negotiated with a focus on reconstruction, recovery and reinvention of the city in a more just and equitable way, it was specified.

But despite this historic agreement, sources from the Mayor’s Office clarified that the City still continues to face a budget deficit of more than $ 4 billion dollars, something that will have to be faced by the next Mayor that is elected in November.

“What I think is going to happen in the future is that revenues for the City will continue to grow strongly while the economy continues to grow at an accelerated rate as it is being seen now,” said De Blasio, adding that those “Deficits are manageable, and a great job has been done to ensure that in the short term these losses of funds are not very large.”

Council members assured that five main objectives can now be met: end the fight against COVID-19, build on solid reserves, drive economic growth in every neighborhood, provide academic and emotional recovery for every student, and keep all communities safe.

“No one could have predicted the challenges this city has faced since our last statement in person 16 months ago, nor the progress we have made in overcoming the pandemic and reopening. This budget is focused on rebuilding, recovering and reinventing our City in a more just and equitable way. Once again, this Council negotiated a fiscally responsible budget that helps all New Yorkers now and in the future, ”said Johnson.

“That was our commitment three and a half years ago when I became president and I am proud of the work of this legislative body to pass balanced and punctual budgets every year in good times and bad,” added the politician, who currently competes for the Comptroller position.

More funds for the Police

Among the funds that were restored, after being cut when the previous budget was approved in the midst of the worst of the pandemic, there is money for the Department of Health’s program to place garbage cans. But new funding is also included for the Mayor’s Universal 3-K program, as well as the New York City Police Department (NYPD) budget is increased to $ 5.4 billion dollars, as they add an additional $ 200 million for overtime pay. In 2020 the total for the Uniformed was $ 5.2 billion.

And that increase for the NYPD immediately drew criticism. “It is shameful that after last year’s budget tricks, and the lies that the NYPD’s budget would be cut by $ 1 billion, Mayor De Blasio, President Johnson, and the City Council re-approved a budget that increases funding. for the Police instead of redirecting them to non-police security strategies, ”he said. Anthonine Pierre, spokesperson for the organization ‘Communities United for Police Reform’.

But not everything will be spend and spend, since it was also agreed to reserve $ 1 billion for the City’s emergency fund, which was created last year in the event of another economic crisis. Those savings to be able to respond to an eventuality will now add up to $ 5.1 billion.

This is the last budget for De Blasio and Johnson, and both leaders were together to make the announcement in the ‘City Hall’ building where the Mayor’s Office and the City Council work, in which people were allowed to return inside for first time since the start of the pandemic.