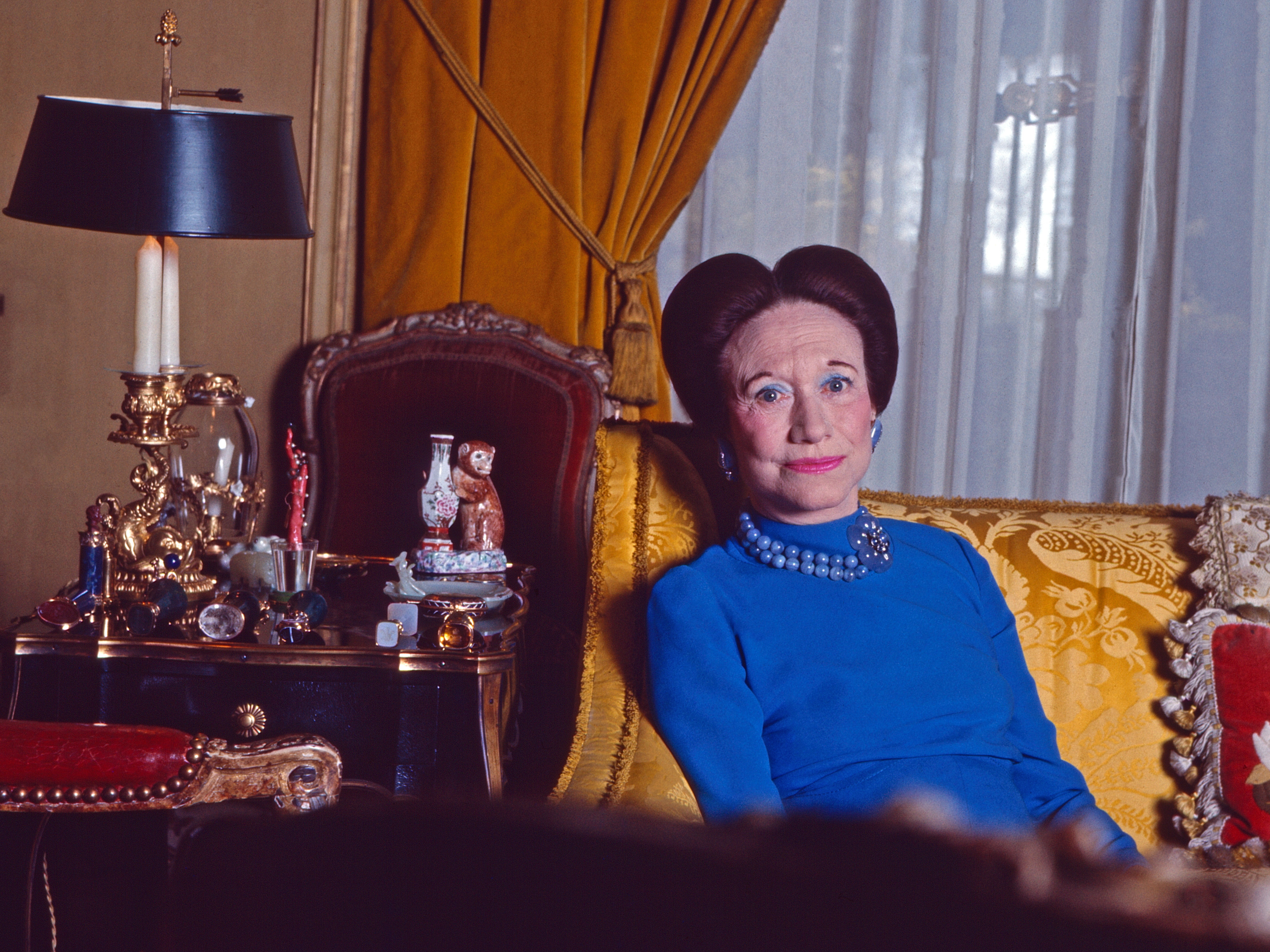 After being the widow of Edward VIII in 1972, missed by the United States where she no longer had any relatives left and plagued in England, where the royal house always blamed her for the abdication of that aspiring king who sympathized with Hitler (a character whom she began to detest after he left her out of the meeting she had with her husband on the couple’s visit to Nazi Germany), Wallis Simpson was left living alone in the Bois de Boulogne palace that the French Government had given them free and free of charge. imposed on her and the Duke of Windsor. Anyone who tried to penetrate his world from that moment on was met with fierce resistance from a woman named Suzanne Blum, who had been a lawyer for Hollywood giants such as Charles Chaplin, Jack Warner, Darryl Zanuck or Walt Disney and now not only She had become Simpson’s legal representative but also the guardian of his privacy (for the sake of the Duchess’s health, she forbade her to see her old friends) and the guardian of her fortune, which was not small, since she had the legendary collection of jewels that her husband had been giving her – some of which had belonged to Queen Alexandra – as well as properties worth five million pounds at the time (according to the estimates made at the time by Lord Mountbatten, the only member of the crown communicating with Wallis).

The wall created by Blum around his client, whose true state of health nobody knew anything about, seemed impenetrable until in 1980 The Sunday Times He entrusted the writer and aristocrat Caroline Blackwood with the daunting task of trying to bring her down. The true result of that journalistic commission did not see the light until fifteen years later, when the lawyer died and it was published in England Latest news from the Duchess, which reflects the sad decline of a paranoid woman (Simpson) trapped in the nets of another possessed by delusions of grandeur (Blum). Now the Alba publishing house has just translated it into Spanish for the first time.

The author of the book, Blackwood, had been a true legend in British high society, not only because of her ancestry – her father, the Marquis Basil Blackwood, was part of the circle that Evelyn Waughn had portrayed in Return to Brideshead; her mother, Maureen Guinness, was one of the four Guinness heiresses — but also because of her spectacular beauty, but above all because of her disregard for the conventions of her social class: a heavy drinker, she related to low spirits with the same ease as with the lords and married three times; the first with a young Lucian Freud, who was never so interested in his own wife as in their friend, Francis Bacon. The scathing Blackwood was in a high enough social position to draw Blum closer through her privileged contacts and then recount the final painful days of the Duchess of Windsor with the depth, irony, and richness that such a complex biography required.

Who but she could sit an entire afternoon with Lady Diana Mosley, one of the legendary Mitford sisters, married to the leader of the British fascists (and defender of Nazi ideas) until the end of her days to elicit details about drug addiction? Wallis vodka and Blum’s veto of this substance in the Bois de Boulogne palace? Only someone with Blackwood’s agenda could gain an audience with Brinsley Plunkey, the Duchess’s former friend and then her carnal aunt, and elicit information from him about the strange ways of Jimmy Donahue, Wallis’s longest-lasting lover, who liked to provoke. serving at the high pompadour dinners by putting his penis on the food trays. Or visit the Marchioness of House Maury, lover of the Duke of Windsor for fifteen years, who explained that “the Duke had lived in a violent rebellion against his father: if he liked to dance so much it was because his father resented it.”

In that rebellion, whose echoes inevitably recall the escape of Harry and Meghan, is the explanation for the romantic adventure that turned the Duke and Duchess of Windsor into two perverse outlaws, addicted to luxury. The journalist finally managed and after many attempts to interview the lawyer Suzanne Blum several times: in doing so she discovered an old woman of the same age as Wallis Simpson absolutely obsessed with restoring the public image of her client, and a client completely isolated in a world of mists and memories, subjected to the dictates of her defender, who never again allowed the press to photograph her. Such was the devotion that the author suggests that between the two of them there was actually a love affair. Without downplaying the Windsors’ shameful contacts with Nazism or turning the Duchess’s biography into a eulogy, Caroline Blackwood compassionately approached the final moments of a woman who was terrified of dying alone.