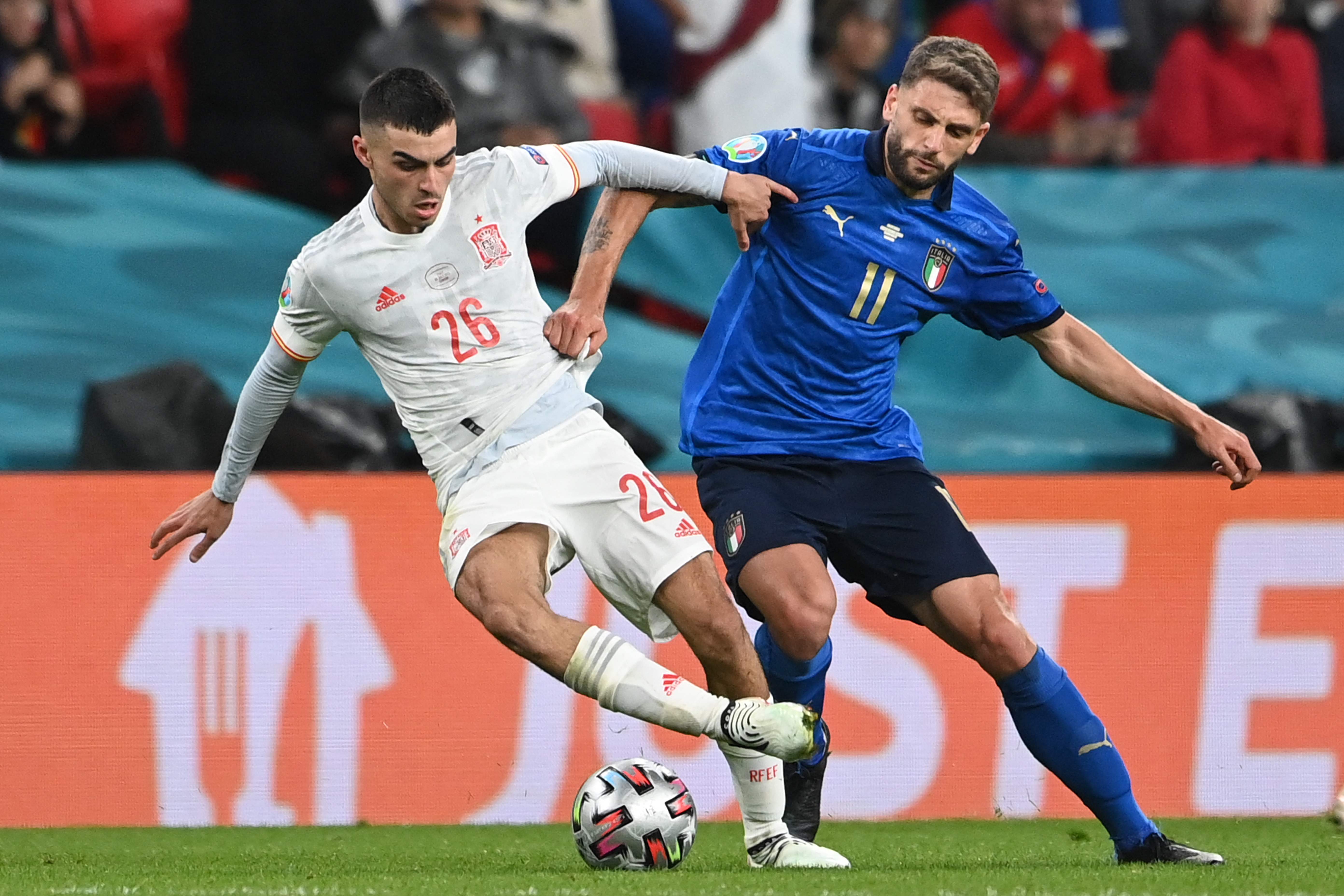 The Solvay Library, the Brussels venue where Albert Einstein postulated the principles of the atomic age, served last Tuesday as the stage for the formalization of a common front between the employers’ association that groups together the European leagues, the world union of professional footballers, and the fan confederations . Together they set out to unleash a radical change in the soccer government. They did so by publishing a manifesto. “This document represents the new era in which we want to enter; consultations are no longer enough. Now we need to participate in government agreements ”, proclaimed Jacco Swart, executive director of the European Leagues, organization that champions the League, the Premier, the Serie A or the Bundesliga.

Encouraged by beer, sparkling wines, croquettes, foie gras and the salmon, a wave of applause rose from the armchairs occupied by the unionists. They highlighted David Aganzo, Damiano Tommasi, Joaquim Evangelista, and other national leaders integrated in FIFPRO, the world confederation that defends the rights of more than 38,000 footballers, and that organized the event.

“It is clear that the only reason the Super League was defeated by the majority of the industry was because the fans demonstrated and the footballers joined the protest,” said Jonas Baer-Hoffmann, President of FIFPRO. “It would be strange to deny these actors the possibility of shaping something that they have defended. Football needs a new type of leadership, more inclusive, with a more human impact ”.

Aware of their power after having revived the industry after the most serious blackout in its history, during the coronavirus pandemic, they are convinced to embody the essence of the game and have proposed to enter the governing bodies of UEFA and FIFA. For now, the multinational institutions that run world football are turning a deaf ear. But the successive attempts to establish a secessionist Super League and a World Cup every two years have spread the feeling that the old power structures have lost legitimacy as they tried to increase their income by stumbling blocks taking a slice of a limited pie.

The global football business produces around 25,000 million euros per year, of which the tournaments organized by UEFA and FIFA at the club and national level are at the threshold of 5,000. Footballers collect from clubs, the main catalysts for a wealth that the old regulators now aspire to enjoy. As one council attendee put it: “The global economic pie is what it is; and it will not increase by organizing a World Cup every two years ”.

“We need a body where all interested parties can agree on the future of football,” says Mathieu Moreuil, delegate of the Premier

“This is just the beginning; we are seeing the tip of the iceberg, ”said Loukas Anastasiadis of Supporters Direct Europe. His group is one of the most representative fan organizations. Last week it reached an agreement with the European Leagues that lays the foundations for the participation of fans in the regulation of tournaments.

“We want to go hand in hand to change governance,” says Javier Morente, head of international relations at LaLiga. The celebration of the Club World Cup every two years starting in 2028 and the new format of the Champions League starting in 2024 are triggers that, according to all those attending the event in Brussels, threaten to collapse the industry.

The financial balance is at stake as well as the health of the footballers. According to a FIFPRO report, the percentage of minutes that top-level players compete without enjoying minimum four-day recovery intervals – medically recommended – has risen from 61% to 67% since 2018. The paradigmatic case, according to FIFPRO, is that of Pedri González, injured after playing 78 games.

Mathieu Moreuil, director of international relations at the Premier, proposes the creation of a new institutional framework in which clubs, players and fans do not have a merely advisory role. “We need a body where all stakeholders can agree on the future of football,” he declared. “At UEFA you have the Professional Football Committee and the Club Competitions Committee, which brings together the stakeholders, but not the fans, who should also be there. These committees do not have the power to reach agreements on European club competitions, and this affects us directly. Things cannot be resolved overnight without a discussion process. Why can’t we just sit down and disagree? It is not too late to change this culture ”.

Bobby Barnes, the chairman of the PFA, England’s footballers union, joins forces with his employers to point out the sterile nature of their relationship with UEFA in panels where they are only consulted. “Negotiation without the ability to influence is a form of begging,” he says. “The plan for the World Cup every two years should have been discussed before Arsène Wenger presented it in the media. They were accomplished facts, like the Super League, a phenomenon that caused people to make themselves heard. Until now, neither footballers nor fans have been used to exercising their power to make themselves heard ”.

“Over the course of five months we have witnessed the presentation of a Super League and a World Cup every two years,” says Jonas Baer Hoffmann, President of the World Players Union. “If we cross our arms, these types of conflicts will continue to reproduce like fires

The UEFA Club Competitions Committee is one of the targets to reform, according to several of those present at the congress. The most influential body of UEFA behind the Executive Committee, with the power to decide on competition formats and economic distribution, is composed of the three presiding members, 12 club presidents of the European Club Association (ECA), and a only representative of the national leagues grouped in European Leagues. The asymmetry is evident. While the ECA, led by PSG president Nasser Al-Khelaifi, champions the interests of 220 clubs, mainly the wealthiest, the European national leagues encompass up to 1,500 professional clubs.

“The clubs that participate in UEFA competitions make up less than 5% of the industry; however, that 4% is represented on a panel that makes decisions that affect the remaining 95% ”, laments the agent of a League. Another of those attending the Brussels forum goes further: “The new format of the Champions League is nothing more than a version of the Super League with the Çeferin stamp; it is the answer to the demands of the big clubs ”.

Baer-Hoffmann gives a calm warning. “In the course of five months we have attended the presentation of a Super League and a World Cup every two years,” says the head of FIFPRO. “If we cross our arms, if we do not assume our responsibility and stop building something to incorporate those affected into decision-making, these types of conflicts will continue to reproduce like fires and they will crash us against a wall.”

Baer-Hoffmann talks about fires. The joint manifesto appeals to safeguard an ecosystem: “The current governance structure based on consultation processes must become a model of sustainable governance in which the parties share a responsibility but also an adequate influence to find agreements together, either in a collective or bilateral ”.

The pandemic pushed the soccer business into a desert. The danger forced those most responsible to consider extreme survival modes. Cannibal proposals were not lacking. In Brussels, players, leagues and fans came together like never before to come up with less bloody solutions.