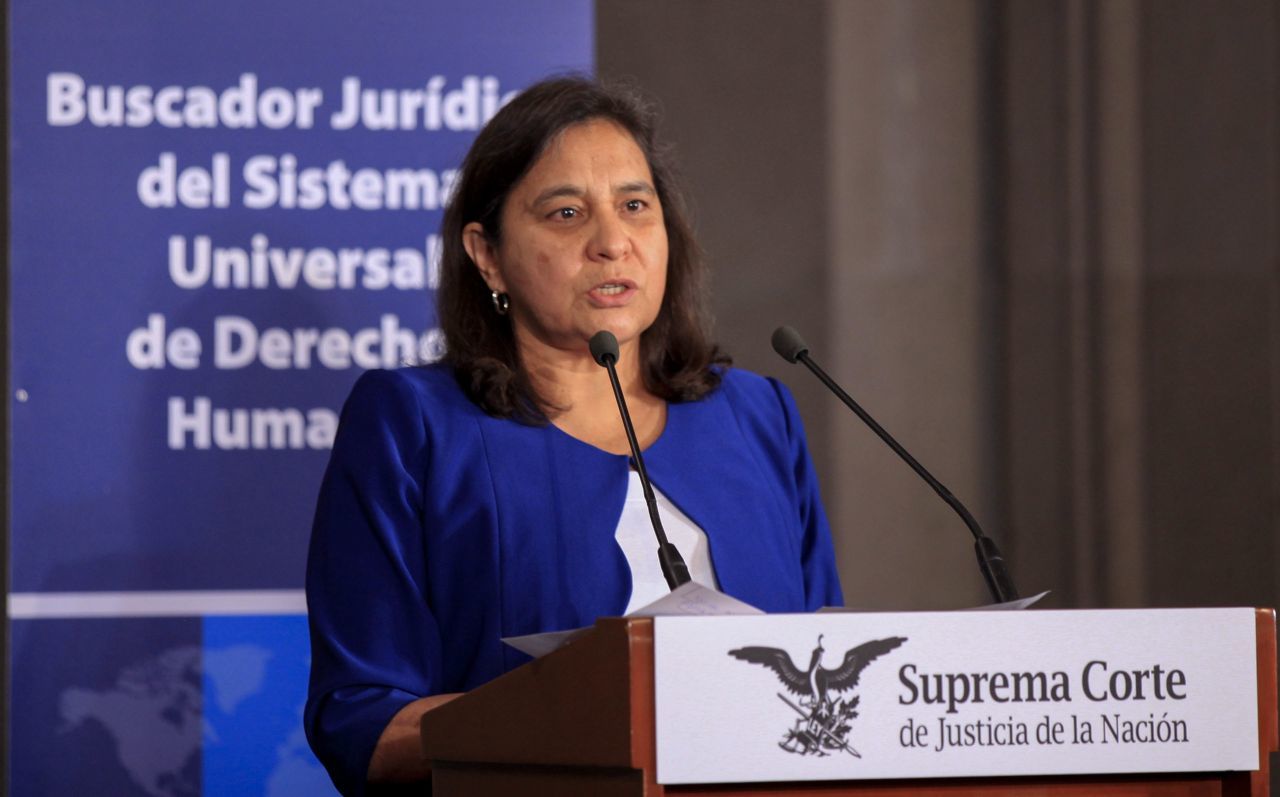 For more than a decade, Mexico had not had a representative on the UN Committee for the Elimination of Discrimination against Women (Cedaw), to which Leticia Bonifaz will now take her feminist and law-woman gaze. Doctor of Law and for three decades a professor at the National Autonomous University of Mexico, Bonifaz was born on the Chiapas border with Guatemala, in 1959, which places her as a great connoisseur of many of the terrible violence and inequalities not only in her country , “But from all of Latin America.” In his Chiapas eyes, the problems of migration, prostitution, hardships, sexual violence and discrimination have been reflected. Her professional performance is also closely linked to politics and she recently appeared on the shortlist proposed by the Government for the Supreme Court of Justice, but was not finally appointed. When he joins his new position, he will not be able to talk about his country, so “it is now or never,” he says when asked about the equality policies of the Government of Andrés Manuel López Obrador.

Question. With the pandemic and for the sake of austerity, some cuts have been made in equality policies that have been highly criticized by feminists. Are you concerned?

Reply. They worry me a lot, I am convinced that the issue of nurseries, shelters, in general equality policies should be a priority in the budget, because if it is not reflected there it is a public policy that can be lost.

P. The National Electoral Institute (INE) recently ruled that the electoral lists for governorships in 2021 be equal, something that the government party, Morena, and others challenged before the Electoral Court. Do you think they should be equal?

R. Yes, considering the inequality of all the previous years. Mexico was delayed in gaining the right to vote and be voted, until the age of 50. The vote was achieved but obstacles to the right to be voted persist, even with clear rules in the Constitution, we see that with interpretation, compliance is prevented. It seems to me that if the INE raises parity lists it is very good to push the parties to take the step. But between yes and no, advances are always forced, never spontaneously.

P. And suddenly the electoral court has ruled something quite incomprehensible. It is not clear what they meant.

R. Nor they [lo entienden], Serie.

P. Violence against women is a priority objective in this country. What must be done in Mexico to stop and reduce this daily bleeding?

R. I have now finished presenting a new study with a lot of statistics on how violence has risen in Mexico and we have it skyrocketing in 2007, so, although no study has been done yet to link it to drug trafficking, in that time coincidence it is already the hypothesis. Gender-based violence has risen more in the public space, something that is worrying, although it is reassuring to know that so many policies focused on the domestic sphere may already have given some result, in view of seeing how the pandemic modifies this. By age it is very clear that violence is directed at young women, the peak is between 20 and 25 years old, and this shows with the relationship with sexual violence, which begins to rise at 9 and 10 years. But what I see is that there are studies and diagnoses, but concrete actions are not reflected. I think the gender alert did not work, because it was not preventive, which was ideal, but a lot of work has been done to try to homogenize a country that is very different. If we are a republic, we must homogenize.

P. Well, it will not be easy, given the autonomy of each State, where, for example, not all qualify or investigate these crimes as femicides.

R. The differences are not only between laws or ways of investigating. Legal operators do not see violence from a gender perspective. Therefore, many times it is not enough to have a protocol. Seeking the gender perspective is a matter of taking off the blindfold and seeing the situation that women are going through, and for that it is necessary to advance in the training of operators but from their gender awareness, the protocol will not work if you do not attend to prejudices that are in that matter.

P. The different levels of governments and the lack of coordination between everyone does not help either. How to do to homogenize?

R. Everyone tells you that it is the other’s fault, the sections of responsibility are not clear, that if the policeman did or did not do it, the prosecutor says that the arrest was not done well, but then the judge criticizes that the folder was incomplete . The fault is not only between the federation, states and municipalities, but between each section of responsibility and since the reform of the new system was made, it is not seen as a continuity of responsibilities, but cuts: up to here it is my turn and I wash my hands, when it should be a continuum.

P. Impunity is another hole. What solutions are there?

R. Many times, the aggressor already knows that nothing is going to happen to him and he tells the victim: ‘you will waste time in reporting, I am a friend of so and so, I have drinks with him.’ If the victims know that there is a relationship between the operators and the rest, and that they are teaming up against women, it will not work. Knowing that there will be no consequences is not a good example.

P. What can be done against it?

R. The responsibility lies more in the attorney and prosecutor’s offices, it is the weakest section of the chain of responsibilities. Many times the judge works against the current, they remake, they put arguments and they finish putting together the file, which should already be assembled from the beginning.

P. What needs to be corrected in this section?

R. In training processes, it is assumed that everyone has the basic elements and they do not. For many, women continue to exaggerate, we even had statements where there are those who believe that feminicide should not be an autonomous crime. That is why the importance of the Cedaw whose recommendations have to be used more, is an important umbrella to support a case.

P. If legal operators have to be trained in gender awareness, if protocols are not enough, how many years can that take?

R. That is the issue, in the Faculties of Law it is not taught with a gender perspective when it is something transdisciplinary. Violence is not only against young women, but also girls, older women, indigenous people … You have to see the specificities.

P. Speaking of indigenous communities. There are some where the parents continue to arrange the marriage of their daughters and others where political representation is exclusively a matter of men.

R. Definitely. The State of the Republic that you see, with the indigenous ethnic group that you take, the patriarchy as a model is the present. The interesting thing is that although the constitution recognizes uses and customs, these cannot go against human rights, as has been the interpretation of the Supreme Court. But even though parity is constitutional, women are either not allowed to exercise or they exercise violence against them or they actually replace them.

P. Two out of every three jobs lost in this pandemic have been for women, who are already under-represented.

R. That’s right, worrying. Having a salary and an income is empowering and the fact that you become a total dependent again will necessarily impact. Women are being expelled and those who managed to keep working at home have also suffered double or triple responsibility. The pandemic has made it very clear who cares at home, and the economic impact will be delicate because it reduces equality.

P. Would you prescribe corrective measures for gender?

R. They recommended that I say what I have to say now, because later, at Cedaw, I won’t be able to talk about my own country. Actually, a general recommendation is that you cannot ignore any issue related to gender equality, because it is not only about social equality, but it has to do with peace.

P. Normally, the Prime Minister reverses those terms, when asked about the gender problem, he says that the lack of peace or poverty must be solved. You say that fixing gender issues will lead to peace.

R. Exact. That is the order of things.

P. The president has also relied on “daughters and sisters” the care of the family in times of pandemic. Is it the best message?

R. I already have time putting my attention not only in the morning but in all the actions that are being done in general. Many laws have been passed. Equality is as simple as the fact that women seek for years a greater presence in the public space, but it will only be achieved when the man reaches the private space, of course there will be no struggles to get there, but rather push …