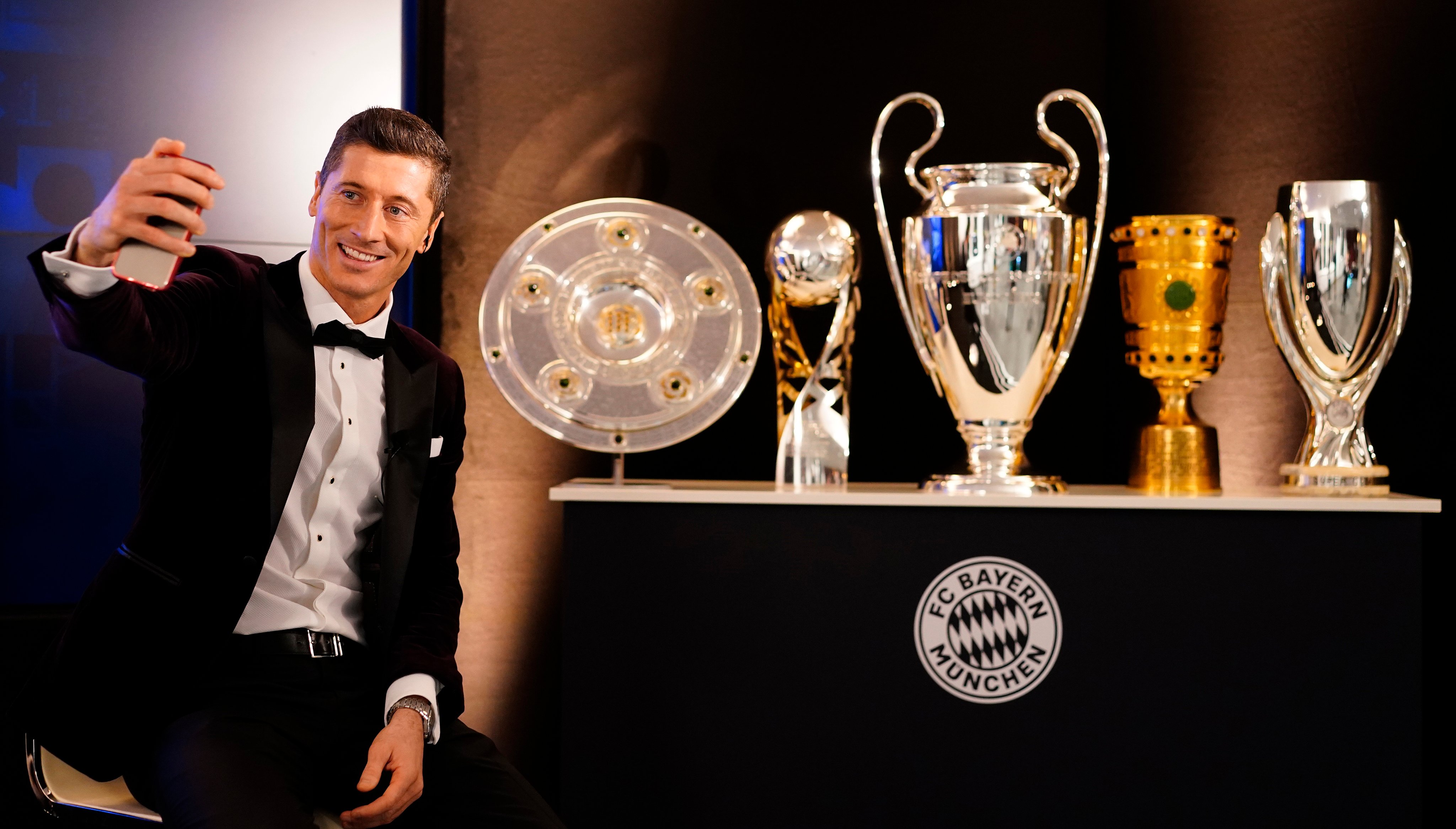 The figures represent the identity of the scorer: 9, 30, 36, 28, 25, 42, 43, 41, 40 and 55. They are the total goals that Robert Lewandowski scored in the Bundesliga each of the ten successive seasons since he signed for Borussia Dortmund in 2010 and moved to Bayern Munich in 2014. Against the order of biological force, which is beginning to lose its way in his 33 years, and against the logic of individualism, the footballer reached the peak of his production when he made an effort extra for helping your peers. As Lothar Matthäus said after observing his two goals at Wolfsburg on Wednesday: “Now it’s less selfish!”

FIFA crowned Lewandowski on Thursday with The Best. The award, which aims to award the best individual performance of the 2019-20 season, fills the gap left vacant by the Ballon d’Or, whose delivery was canceled by France Football due to the Covid-19 pandemic. It also represents a link between two eras. Between the era of Messi and Cristiano and an unknown future that, surely, will have little to do with Lewandowski but, perhaps, will be very similar to everything that Bayern Munich has embodied.

The Best is a way of recognizing the club that best fought the inclemencies of the pandemic. Champions of the Bundesliga, the German Cup, the Champions League and the German and European Super Cups with unprecedented statistics in the saddest stages in the history of the competition, Bayern became a machine for crushing opponents thanks to little related virtues with individualism. The merit of Bayern, expressed on the field with all the strength of an institution that makes consistency the great goal, was to make each player the maximum expression of altruism in football. Without being the fastest mentally, without having the best executing feet, without the ingenuity of other squads, the footballers of the Bavarian team never tired of helping each other. The generosity to defend and to offer passing options, the constant effort and the simplicity to act, made Bayern one of the most industrious teams in history. The spur was Lewandowski.

Uli Hoeness, a longtime Bayern manager, says that the transformation that led Lewandowski to score more goals each year began to take place in the summer of 2016, a season before his first contract expired. Apparently disturbed by his desire to sign for Madrid, the player called the intermediary Pin Zahavi to force a negotiation. Worried, Hoeness summoned him to his home by Lake Tegensee. There Lewandowski asked him to please speak to Zahavi. “Okay,” said Hoeness, “very well, delighted, As of September 1 [día del final de la ventana de negociación]We can talk whenever he wants ”.

That day Lewandowski learned that Bayern were willing to let him go for free in 2020 rather than transfer him for money to a direct opponent. “That day,” says Hoeness, “he knew we are a big club.” In Munich they take it for granted that the birth of their daughter Klara, three years ago, definitely contributed to the change in her temperament. He resigned himself to considering Bayern his last sporting destination. Four years later he has 251 goals in the Bundesliga. Only Klaus Fischer (269) and Gerd Müller (365) scored more.

The voters must have appreciated something similar. The Best is the result of the vote of the 211 national selectors and their captains, 200 specialized journalists from all over the planet, and the fans who participated in a digital survey once the 11 nominees had been identified.

The 11 nominees were Lewandowski, Messi, Cristiano, Thiago, Kevin de Bruyne, Sadio Mané, Mbappé, Neymar, Sergio Ramos, Salah and Virgil van Dijk. Along with Lewandowski, who received 52 points to 38 from Cristiano and 35 from Messi, the only Bayern footballer who passed the penultimate filter was Thiago Alcántara. With just 10 Champions League games and 24 Bundesliga games last season, the natural talent of the Spaniard – Bayern’s most brilliant player – enjoyed the favor of the voters against the hard-working Joshua Kimmich, a synthesis of the hard-working spirit of the German club.

At the FIFA gala, held online from Zurich, an ideal eleven was named: Alisson; Alexander-Arnold, Van Dijk, Sergio Ramos, Davies; Kimmich, De Bruyne, Thiago; Messi, Lewandowski and Cristiano. The Spanish Vero Boquete entered the women’s eleven. Best coach was Jürgen Klopp; and Emanuel Neuer was awarded the award for the best goalkeeper of the year despite not entering the ideal eleven.