When Francisco Franco died 45 years ago, he did so after having dodged dozens of attempted attacks against him while he ruled Spain with an iron fist.

Some of those plans, many of them run by anarchist groups, are public knowledge. But others went more unnoticed.

Lezo Urreiztieta’s obsession with ending the life of the one who led that military government for almost four decades is probably as little known as it is unusual. Like most of his life.

This Basque nationalist born in 1907 dedicated himself to transferring to France, hidden in their boats, hundreds of Spanish republicans who feared being shot after the October Revolution of 1934.

These ships later returned to northern Spain, this time loaded with miles of rifles and even torpedoes, to support the resistance against the Franco uprising during the start of the Spanish civil war (1936-1939).

But not even in such a troubled time, Urreiztieta gave up his other great dream: to achieve the independence of his native Basque Country.

And to do this, he devised an even more surprising plan: move his nation to an uninhabited island in Mexico. There, thousands of kilometers from the original, he planned to build a new Euskadi that did not depend on any State.

Being just a child, Urreiztieta was already smuggling cognac bottles thanks to the sailors who came to his fishing village.

Years later, and after knowing his exploits at sea at the beginning of Francoism, the Basque nationalist and minister during the Second Spanish Republic, Manuel de Irujo, defined it as “a 16th century pirate who was born by mistake in the 20th century”.

Precisely one of the greatest treasures left by that “pirate” were hours of interviews that he gave a few years before he died and that served as the basis for the documentary about his life God does not forgive me (“God doesn’t forgive me”, in Basque) premiered in 2018.

“When I came across those 35 hours of a sound interview with such an interesting character and about whom little was known, it was clear to me that before picking up the idea, someone else had to tell me,” he tells BBC Mundo Josu Martinez, director of the documentary.

Out loud, Urreiztieta remembers in the tapes how murdering Franco became one of his greatest obsessions. “I just had that idea in my head”, recognize.

Among his most unique plans was to place hundreds of kilos of explosives in a tunnel under the military’s summer residence in the Basque city of San Sebastián, or even to bombard this building from helicopters.

“In any case, I preferred to kidnap him and tie him up like an animal, naked, with a dog collar,” he says on the tapes. But his revenge could never be carried out.

“It is very difficult to know if it was within 2 millimeters or 40 kilometers of achieving it, since clandestine actions are usually made known when they have been successful, not when they do not come to fruition,” acknowledges Martínez, who collected some testimonies that corroborated some of these plans.

The researcher and professor at the University of the Basque Country does stand out as one of Urreiztieta’s great achievements “having been able to circumvent the Francoist blockade by sea 17 times and put ships full of weapons in the north of Spain, take out 700 clandestine people to France after the revolution of October 34 or save hundreds of Jews from the Nazis “in the Gallic country.

“For this reason, I would not be surprised if he was also able to implement a plan of this magnitude,” he says. “More than an obsession, for him it was almost an obligation to try to kill Franco.”

The Basque Country in Mexico

When some of these ideas of attacking Franco reached the ears of the intelligence services, Urreiztieta had to hurriedly flee from France, where he was exiled in the 1950s.

His destiny was none other than Mexico, where he met a large group of Spanish Republicans and even tells that he became a close friend of the actress María Félix.

Those years he spent in the country he used to plot his other great frustrated project: create an independent Basque Country on the island mexican from Guadalupe, located on the Pacific coast. 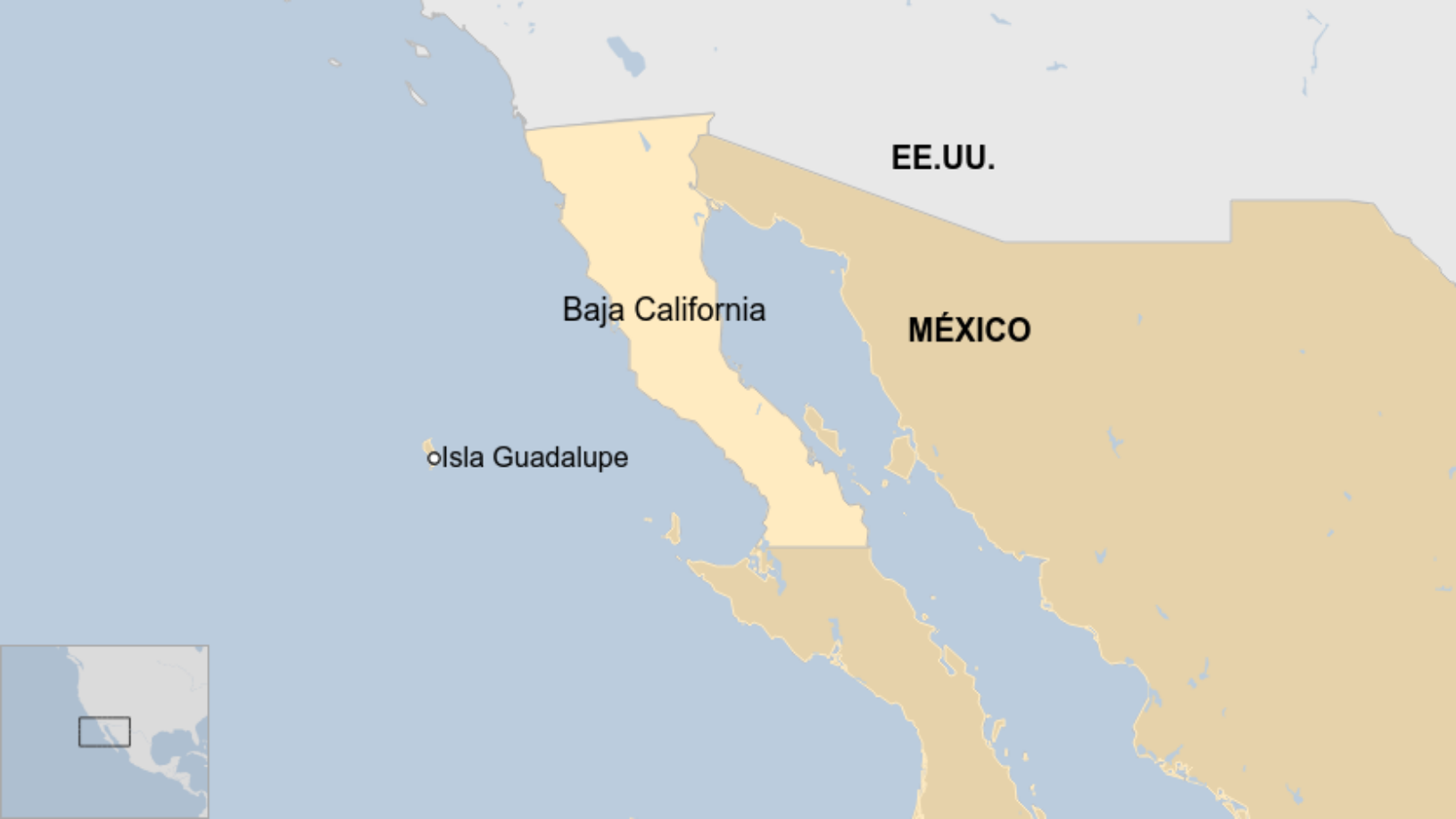 “He wanted to do it in an uninhabited place because he had a certain anti-colonialist consciousness. So it was not a question of putting ourselves in order to drive others out of a place. He said that if Mexico had I don’t know how many deserted islands, they would surely care,” he recalls Martinez.

To achieve his dream of transferring millions of Basques to that place and founding “a free Euskadi”, Urreiztieta came to talk with Mexican politicians in an attempt to buy that island whose climate and other conditions they had little to do with those of the original Basque Country.

But his dream of a Basque homeland in Mexico, of which he even drew a map with the places where the main cities would be located, never had any signs of prospering.

According to Martínez, “it was a personal initiative, it was not a plan of the Basque government or the Basque nationalists. It seemed to all of them a very strange idea, although he saw it clearly and kept it until the end. “

With his second plan frustrated, Urreiztieta returned to the Basque Country in the early 1960s.

Gone are other bizarre ideas such as creating a floating casino in international waters with which he planned to get rich.

“He became a millionaire three times, and three times he was broke. His pockets were torn and he tried to help everyone, so just as the money came in, it came out, “Martinez tells BBC Mundo.

Before publishing his documentary, the filmmaker contrasted the stories told by Urreiztieta with interviews with relatives and acquaintances or through memoir books and press publications of the time.

“But, as we say, there are things in his life that have difficult verification for being things that could not be carried out and that were planned clandestinely, so it is tried not to leave traces, “says the researcher.

In 1981, Lezo Urreiztieta died with very little of the wealth that he had accumulated and with even less public recognition of his fascinating life, which Martínez believes would well be for a book or create a series about who he calls “a sea lion.”

“It seems to me that Lezo has not been done justice, surely because he was a heterodox and a guerrilla of the utopia, who walked on his own and helped everyone: Basque nationalists, communists, anarchists, socialists, people of the center-right … “.

“That promiscuity has perhaps caused his figure not to be claimed like others. And in the end, when history is written, one thinks of saints, of immaculate people who have no shadows. And Lezo was not like that “, concludes the filmmaker.