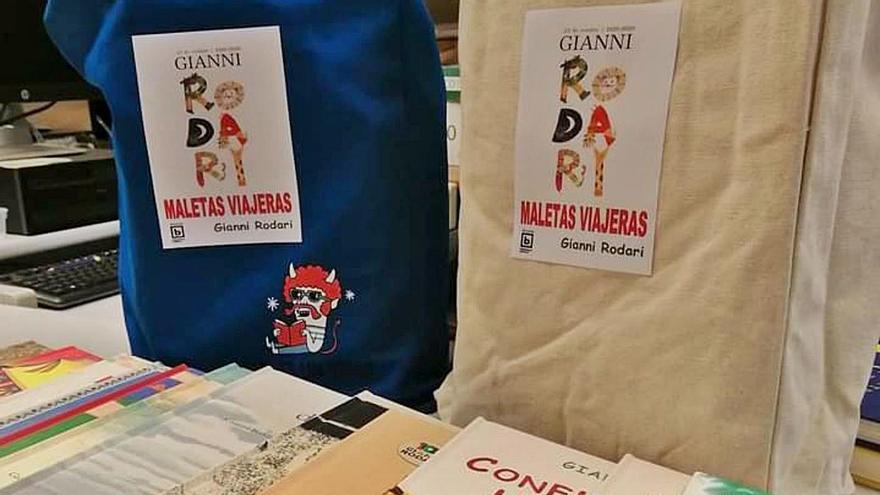 The return to libraries has become a cultural and educational necessity, but also a fundamental window for the socialization of certain groups. The loans were recovered first, which is followed by the quarantine of books that wait alone for two weeks to return to the hands of a reader. After, the reading rooms were opened, although without access to the bookshelvess. The activities that return to normality remained to be recovered, but also to fill some gaps that the pandemic did not give a chance and to do so through imagination.

To the first, the reading clubs belong, which little by little return to the face-to-face, although with distance and masks, while living with the virtual encounters that have become an opportunity and have come to stay. Second, the new initiatives that seek to bring the library closer to the reader when the reader cannot get close to the library.

He knows a lot about that the Azorín Public Library of Alicante, managed by the Generalitat, which, given the impossibility for schools to continue participating in their educational activities on reading, have chosen to be the ones who read to children, but over the phone. And they have done it with the collective ¡Que Comme el lobo !, which every year organizes exhibitions to make authors known.

Drawing of a child after listening to a story on the phone. | INFORMATION

Thus arose the project Tales by telephone, through which one of the members of the group calls the cell phone of the teacher of a class and the children listen to the reading of the story, in a totally unusual format for them. In this case, taking advantage of the centenary of the birth of the Italian author Gianni Rodari, who signed a volume with that title because as he traveled a lot, every night he called his daughter and read one to him before sleeping.

Mr. Bianchi is in charge of calling the classes and bringing the fantasy to the students for 15 minutes through his voice. And there are already around 80 sessions that are scheduled.

This activity, open to all centers that contact the library, It is completed with the intervention of the childrenI know that after hearing the story they can ask questions and draw pictures about the story.

Another initiative is the Traveling Suitcases, bags with 28 Rodari books that are taken to the schools or groups that demand it. They will be able to enjoy those books for two months.

The Azorín Library has also set up the Interest Center in the hall, where users can borrow a book by this author.

In addition, it continues to organize monthly reading clubs for children and adults.

Reading club in a public library.

“Since we reopened in May we have been implementing services and adapting them to the new reality,” says Josefa Ors, director of the Azorín Library, who stresses that “encourage, share and interact with the school group it has been a priority in this center ».

With the motto Anem a la Biblio, the Department of Culture of the Alicante City Council has launched a series of initiatives aimed at filling the city’s ten municipal libraries with life, within its Culture in Neighborhoods program. In addition to cultural activities, oral storytelling and workshops, reading clubs have been recovering. Some have already been filming for several years, but the confinement meant a break that little by little he returns to his appointment with the readers.

Precisely on the occasion of the pandemic and the security measures, the readings continued but meetings leaked through the computer screen. The experience during confinement was carried out with the Florida-Babel library club. The meetings were held online and in this way some of the meetings were saved.

When the Department of Culture decided to recover these activities there were certain precautions and they were resumed last November with the necessary security measures. But the virtual experience, instead of becoming a setback, was raised as an opportunity to expand the range of possibilities both for the development of the activity and for it to reach new users who already have digital skills, or who have acquired them by obligation. during confinement and have now entered a world that was previously unthinkable.

In fact, the Department of Culture emphasizes that these reading clubs are spaces for meeting and communication, “in addition to a socialization experience that improves physical and emotional health, especially of the elderly.”

Some libraries such as San Blas, Benalúa or Florida-Babel combine face-to-face and virtual meetings once a month. Others, such as Cabo, Juan XXIII or Pla Carolinas, maintain the activity only through the network, for now. The procedure is the same: the monitor proposes the book and the library provides it to the readers, to comment on the day of the meeting.