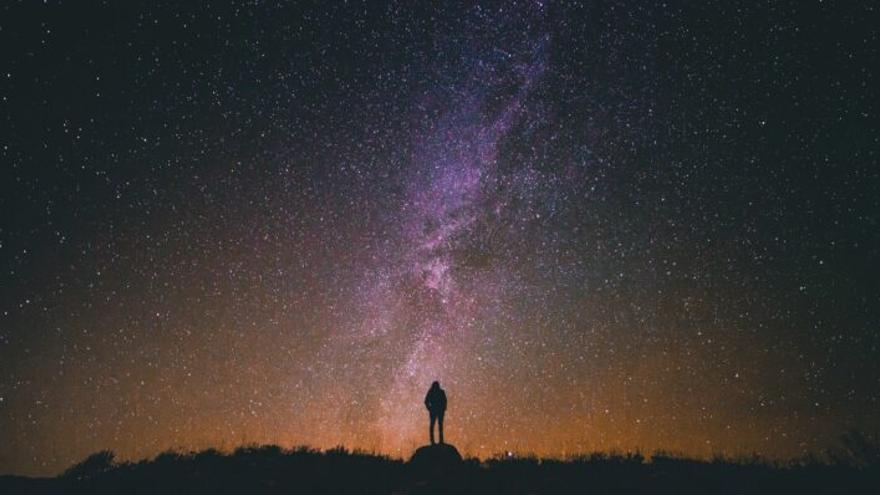 There is indirect evidence that life as we know it did not begin on Earth, affirms astrophysicist Ethan Siegel, but existed before the formation of Earth.

Siegel also emphasizes that life could not originate immediately after the emergence of the universe, but that it did not take those 10 billion years to emerge for the first time.

In fact, it could have arisen much earlier, a few hundred million years after the Big Bang, Siegel calculates. Other estimates, made by Swedish astronomer René Liseau, they aim that the first life could have appeared when the universe was less than 100 million years old.

Famed Harvard astronomer Avi Loeb goes even further: esteem that the first form of life could arise only about 50 million years after the Big Bang, when the first stars developed stellar nucleosynthesis: fusion of hydrogen into helium and then into carbon. Carbon and other elements formed by this process are essential for life.

Loeb adds something no less surprising: life could also arise in the future, without any direct relationship with Earth, on planets that orbit around dwarf stars, such as Proxima Centauri, located only 4.22 light years from us.

Question of galaxies In any case, it is assumed that in the most remote past there were opportunities for life in the centers of the oldest galaxies.

The oldest known galaxy formed 400 million years after the Big Bang, when only three percent of the entire universe existed. It can be considered a temporary reference to the appearance of life, about 9 billion years before it arose on Earth.

Even today we see huge amounts of complex organic molecules in the space around the centers of the Milky Way’s galaxies (about 5,000), or in the environments where future stars are forming.

We assume that these complex organic molecules, precursors of life, are also in galaxies that are beyond the Milky Way (about two billion), but we have more technical difficulties to recognize them.

Another factor to take into account: although we take for granted that water is the only liquid that can sustain life, we cannot rule out that in the early universe there could be other liquids that may be capable of hosting it.

Loeb points out in this regard that, after the first stars were formed, they could exist in the universe other liquids that maybe could be favorable for some kind of life.

He adds that, when artificial life is created in the laboratory, we will be able to find out if life is viable in other liquids, in addition to water, since we will have reproduced the mechanisms that made the leap from chemistry to biology possible.

A matter of scale

It is even possible that the known Universe is not the only one, but there may be many more universes that we know nothing about. Logically, we can also deduce that Earth is probably not the only home for life.

On our planet, life has been the result of extreme conditions that occurred at a very early age on Earth.

Today we know that these initial conditions are common throughout the universe: there is no compelling reason to doubt that life, in all probability, has arisen in other parts of the universe, although we have never been able to confirm this.

At the moment we are observing that there are indirect indications of life in our solar system, both on the moons of Jupiter and Saturn, and on Mars. The clouds of Venus would also be infested with microorganisms.

Any evidence that we can obtain in our neighborhood will be a determining indication that life, as we know it, is not unique to the planet we inhabit, and not even to our galaxy. That would change the human mindset.