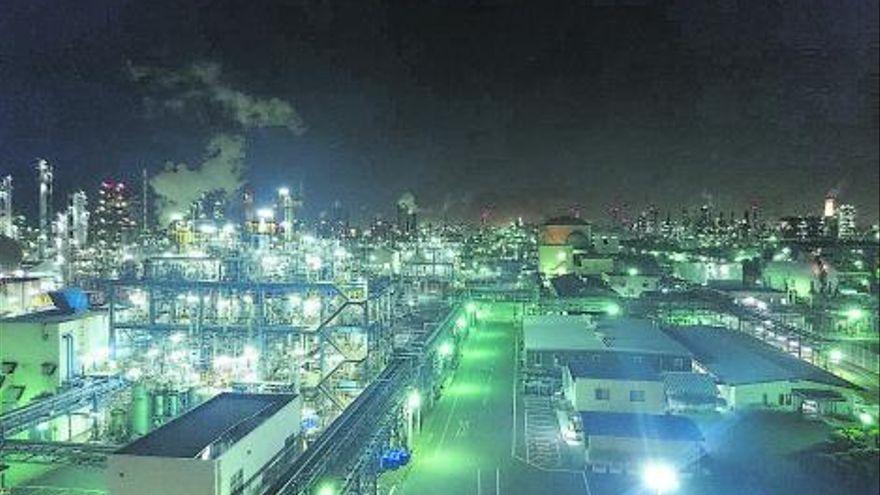 The bulbs with an excessive power, with blinding white light (instead of amber, less aggressive), badly oriented and emitting light towards the sky “erase” the stars, which is why astronomers throughout Spain have increasing difficulties to observe the Milky Way or distant objects with their telescopes. But this, according to the astrophysicist of the University of Exeter (United Kingdom) Alejandro Sánchez de Miguel, is “an anecdote” compared to the effects that excess artificial light causes on natural species and on man.

An investigation led by Sánchez de Miguel studied artificial light emissions between 1994 and 2017, and found that in that period light pollution in Spain may have increased by up to 300%. “The problem is more serious than we thought,” says the astrophysicist.

This «light explosion» has happened coinciding with the generalization of Led lights, which offer a much higher lighting power and at a lower economic cost. Not all LEDs are bad, as there are also dimmer warm light. The problem, experts say, is represented by the white Led lights, with high temperatures (3,500 or 4,000º K) that not only illuminate, but also dazzle and have a broader spectrum similar to sunlight.

The range of impacts is enormous. Nocturnal animals (birds, mammals, insects) depend on darkness to live and an excess of light completely alters their habits and puts them in danger, which, in the long run, also affects humans. Many species can be hunted by their predators more easily as there is more light and they lose the darkness as a natural ally; sea ​​turtles mistakenly walk inland to hotels, believing it to be the dawn sun; seabirds are blinded and fall to the ground by the hundreds in the vicinity of some brightly lit facilities, wolves have an easier time attacking livestock or other prey; other animals see their ability to mate and reproduce disabled …

The insects, on the other hand, attracted by these sources die en masse, thus causing another ecological problem for the species that depend on them. In this way, mosquitoes carrying the Nile Virus and other dangerous diseases will thus have their potential human victims at their fingertips.

Even agricultural production can be affected, a study published in the journal Nature has shown. Artificial light distracts night pollinators, resulting in reduced fruit production.

Researchers from Switzerland found that artificial light at night disrupted the pollination chain and reduced nocturnal pollinator visits to flowers by 62%, resulting in a 13% drop in fruit production, and this despite the fact that diurnal pollination continued unchanged. The problem can become serious, because the world’s food supply depends on pollination, recalls the study’s lead author, Eva Knop.

The astrophysicist from the University of Éxeter also points out that light pollution not only affects the rest of the human being (their biological cycles, like those of other animals, are designed to rest in the dark), but can also induce serious diseases: « There are studies that show an association between high levels of exposure to blue light at night and an increased risk of breast and prostate cancer, “he explains.

Studies by the Barcelona Institute of Global Health (ISG) indicate, after having analyzed the case of numerous patients, that those individuals exposed to higher levels of light were 60% more likely to suffer from colorectal cancer. The cause is not directly light, but how it alters the body’s internal clock, that is, its circadian rhythms.

The problem increases from year to year. The solution is easy, but the pressures of the sector of the manufacturers of lighting does not help. Experts remember that it would be enough to install not white lights, but amber and only where it is really needed. “Always direct the lights downwards (not horizontally and, much less, upwards) and not having them on all night are other basic issues,” report from Cel Fosc, a national entity that fights against this pollution.

However, it does not appear that the problem will be solved. The Spanish Government, through its Ministry of Industry, processes a decree law on energy efficiency and light pollution control that, despite its name, “will increase light pollution,” affirm both Cel Fosc and other scientific and techniques. At the end of September, the presentation of allegations to this rule ended, which has been harshly criticized from wide sectors, who see how in other European countries, such as France, the switching off of the lighting in the central hours of the night is encouraged, while the On the other hand, the Spanish decree being processed, will prohibit such practice and will force the streetlights to be lit, “even in those areas with no night-time activity,” says Cel Fosc.