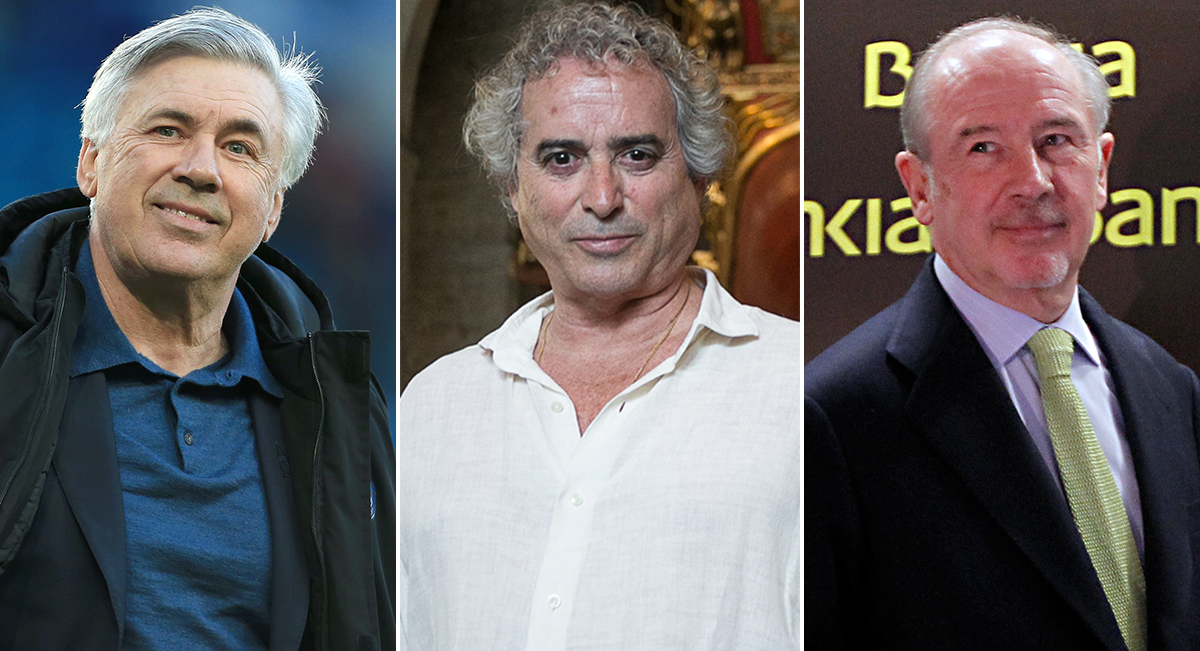 The Tax Agency has published this Monday the seventh list of companies and individuals with the largest debts with the treasury, over one million euros as of December 31, 2020. This year’s list shows a decrease in both the number of defaulters as in the amounts owed: 3,869 taxpayers, a decrease of 1.6% compared to the 3,930 of the previous year, for an amount of almost 14,100 million, 1% less than the previous list. The snapshot of its composition, however, remains stable: companies linked to the real estate sector stand out at the top of the ranking. And, as for familiar faces, the new Real Madrid coach, Carlo Ancelotti (1.4 million) and the writer Ildefonso Falcones, author of bestsellers What The cathedral of the sea (1.3 million); Neymar leaves and the soccer player Dani Alves (2 million) and the former president of Bankia and former vice president of the Government with the PP, Rodrigo Rato (1.3 million), who had left the list last year, reappear.

The publication of the list of large defaulters with the treasury was approved in 2015 within the framework of the reform of the General Tax Law, when the PP of Mariano Rajoy governed with Cristóbal Montoro at the head of the Ministry of Finance. The decision to disclose the names of taxpayers who have important pending accounts with the Tax Agency – their names and surnames, NIF and full company name appear in the case of companies – was part of a tightening of the measures to combat tax fraud, with a dissuasive objective. Since then, great companies and well-known faces from the world of entertainment, sports or politics have appeared on this blacklist.

Among them are the actress Paz Vega, who is still on this year’s list with a debt of 3 million euros, the presenter Patricia Conde (1.1 million), the ex-banker Mario Conde (8.3 million) or the former president of Bankia and former minister Rodrigo Rato. The latter left the list last year, but has reappeared in 2021 with a debt of 1.3 million. Teresa Maldonado, with a debt of 15.6 million, and her husband Jesús Ruiz (15.5 million) also remain on the list. The couple led the promoter Aifos, linked to the boom real estate on the Costa del Sol.

Last year’s publication highlighted the entry of Neymar, a Paris Saint-Germain footballer and former FC Barcelona striker, who leaves the 2021 list. Not only did he appear for the first time on the Treasury blacklist; He also became the individual taxpayer who owed him the most money: 34.6 million euros. This bulky debt displaced from the first place the construction businessman Agapito García Sánchez, an old acquaintance of the Treasury who until then had led the list and who at the end of 2020 still owed 15.4 million. The former motorcycle rider Alfonso also leaves the list Site Pons, which last year owed 1.95 million.

In the 2021 list published this Monday there are 312 individuals, who accumulate a debt of 673 million. Although the number is higher than the previous edition (304), the amount owed has been reduced (688 million in 2020). In addition to Ancelotti and Falcones, among the acquaintances who enter the list for the first time is the son of the former president of Sevilla FC, José María del Nido Carrasco, with a debt of 1.7 million. Regarding companies, both the total number (3,557 companies, compared to 3,626 in the previous list) and the volume of debt (13,426 million, 1% less than in 2020) are reduced.

The largest debts, however, are still business debts. Companies linked to brick, such as developers and construction companies, have had significant weight since the first publication of the list, a reflection of the bursting of the real estate bubble derived from the Great Recession that the sector has not yet fully digested. In the 2021 list, for the seventh consecutive year, the promoter Reyal Urbis is at the top (the treasury claims 341 million, compared to 343 million at the end of 2019).

On the black list this year, 424 taxpayers who were included in the 2020 list and who accumulated a debt of 1,095 million have disappeared. The Tax Agency reminds that the exit can be due to the cancellation, total or partial, of the debt, as well as an agreement to postpone or suspend the amounts to be paid. However, 363 new debtors have entered, with an amount pending payment of 975 million euros.

The Government plans to further toughen this list, through the new anti-fraud law that has just been approved in the Senate and will now have to return to Congress to complete its processing. The rule foresees reducing the threshold to appear on the list from one million to 600,000 euros, in addition to including the name of the joint administrators of the delinquent companies. These changes would take effect from 2022, in accordance with the roadmap that the Government has sent to Brussels in the recovery plan.

However, the Supreme Court has accepted a judicial appeal that may stop the government’s ambition. The lawsuit has been promoted by Cristina Cort Lagos, who together with her brother led in 2018 the list of individuals who owed the most money to the treasury. The businesswoman alleged that the appearance of her name on the list represents an attack on the right to honor and privacy, in addition to denouncing that the protection of her data was violated and that the General Tax Law establishes that the list only takes into account “State-owned taxes”, while in his case it is a debt derived from a tax offense.