During the Little People, Big World premiere, he ripped the patriarch as a “bad grandparent” who doesn’t “value his family.”

After son Zach slammed his father on social media on Sunday over their farm fallout, fans finally got a full glimpse into his side of the story Little People, Big World premiered tonight.

Father Matt recently revealed that he put the farm up for sale, despite his son expressing interest in buying a portion of the property earlier.

Matt ripped in an earlier teased clip that his son: “didn’t come in to negotiate; he came in to demand” on the “north side of the farm,” Zach’s “favorite” slice.

But in the shocking season premiere of Season 23, Matt recanted how it all allegedly went south. 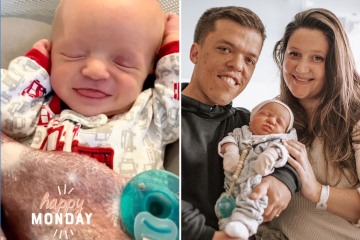 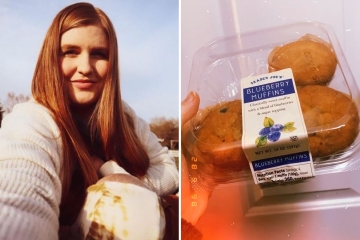 “My dad was definitely encouraging the conversation, [wife] Tori and [Matt’s girlfriend] Caryn [Chandler] came too… but it did not go well,” he began.

“The north side is the 30 acres my mom and dad shared, and the whole thing was weird, he starts making excuses… suddenly me and my wife are not good enough to run the farm,” Zach shockingly explained in a confessional.

“Whether we don’t have the money, don’t have the skillset… Tori said, ‘it wasn’t cool, I never want to see someone talk to my husband like that ever.’”

“The price was more than I can afford – was going off of what my dad bought my mom out for.”

Most read in Entertainment

But Zach said Matt had raised that price to a much higher one.

“He went beyond normal appreciation,” he added.

Zach continued as his wife and Matt’s girlfriend were also at the table: “Tori said ‘he’s a businessman what did you expect?'”

“The value on the next generation – to have them on the farm?”

“Are you trying to make money off your own family, or do you want this legacy that you’ve preached about for 10 years?”

He added: “I thought Caryn’s involvement altered it as well; ‘I can’t do that’ [she would say].”

“It’s been disappointing and hard but we need to just move on,” a somber Zach concluded.

This aired after the news of Matt putting the home on the market, which the father of four detailed in a lengthy Instagram post.

He explained his reasoning behind the sale, claiming his “twin boys” could not work together “toward a possible joint sale.”

Zach’s twin brother Jeremy previously expressed interest in purchasing a part of the farm, though that also didn’t materialize.

Matt claimed that Jeremy and Zach “decided individually that the timing was not right for them to purchase a part of the farm at this time.”

He mentioned that “the difficult decision was made” to continue towards his “retirement goals.”

Besides Jeremy and Zach, the reality star also shares Jacob, 25, and daughter Molly, 28, with his ex-wife, Amy, 57.

In the comments section, Zach accused his father of “manipulating the narrative right before the season” which has finally premiered on May 17.

He added Matt was “taking responsibility for his own actions and blaming others.”

Zach slammed his father’s “new shocking low of cowardice and manipulation of his family and kids for his own gain.”

‘THEY HAD THEIR CHANCE’

According to the Wall Street Journal, Matt has asked for about $4million with the sale of the “original family home and bright red barn.”

LPBW fans jumped at the comments section and slammed the TV personality for not selling the property to his offspring.

One fan brought up Matt’s children and asked: “None of the kids wanted to buy it?”

Matt responded: “They all had more than enough… and very fair chances.”

In March, Matt had planned on retiring and spending more time at his vacation home in Arizona with his girlfriend, Caryn.

A source close to the TV star told The Sun at the time: “Matt would prefer Jacob and wife, Isabel, to take over the farm, but he’s not sure they are on board at the moment.”

The insider continued: “He is the youngest son, but Matt knows Jacob has potential. They are on the farm a lot, and Matt thinks this is a good way to teach him a lot of things he needs to learn.

“Zach has also mentioned taking over the farm, and Jeremy has said in the past he would like it.

“So Matt is still kind of stuck on what the next steps are, but he would prefer Jacob.”

The source concluded: “Matt is on good terms with all his sons, and Jeremy has been working on making the pumpkin season for visitors, but the situation of who will take over the farm is still an issue yet to be resolved.”

Jacob no longer films with the show and has turned into his family for “selling their souls to TV.”

Meanwhile, Zach has kept busy as his wife gave birth to their third child, baby Josiah on April 30. 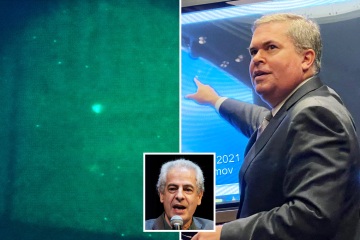 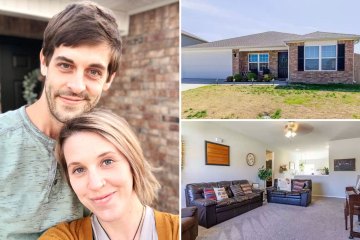 The happy couple is also parents to son Jackson, four, and daughter Lilah, two – all of whom were sweetly seen on the season premiere.

The family recently celebrated their oldest child’s birthday with a massive backyard party at their Washington home.