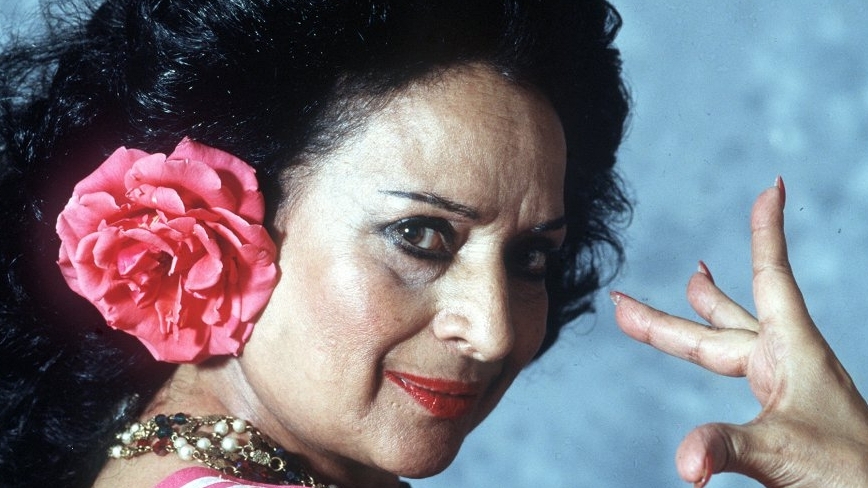 There is perhaps not a newspaper in Spain that has never published that The New York Times (NYT) spread this on the occasion of a performance by Lola Flores in the Big Apple: “She doesn’t sing or dance, but don’t miss it.” THE COUNTRY has picked it up on several occasions. The last one, last month. It is, it was said in the text, a “well-known” phrase about the Spanish artist. Yes, as well known as it is false. Reader Ángel Redondo alerted me to the fiasco and I have followed suit.

The NYT’s excellent search engine makes it easy to locate any reference in its century-old collection. There are only three mentions of Lola Flores: a brief in a list of nine shows in the Week calendar to announce his performance at the San Juan Theater (November 1, 1953); a review of a Frank Moore show titled Crankhouse in which music by Peggy Lee, Abe Burrows and “Lola Flores, a Spanish flamenco artist” (June 3, 1988); and the obituary of La Faraona, entitled Lola Flores, 72, Spain´s definitive flamenco singer, (unsurpassed flamenco singer) (May 17, 1995). There’s no more.

Well, according to some newspapers, the famous critic appeared in the NYT in 1953 and, according to others, like EL PAÍS now, it was in 1979 “when a critic of The New York Times he writes the well-known sentence that summarizes that intangible value that made Lola Flores a unique and unrepeatable artist ”. Neither in 1953 nor in 1979. Never.

The rubbish, however, has been all the rage and several media used it as a headline –Lola Flores, the Spanish artist who ‘neither sang nor danced’– As a result of an Efe ticker distributed on January 21, 2016. Wikipedia includes it in Flores’ biography and, to support the hoax, it refers to a 2013 article by Dawn, the Magazine of the Andalusian Institute of Flamenco, edited by the Junta de Andalucía, which reproduces the false story.

EL PAÍS has put the anecdote more than in doubt at least twice. In November 2016, Diego A. Manrique, music critic for EL PAÍS, wrote: “The message is ingenious and forceful, so I decided to look for the original text. Big disappointment ”. In June of last year, Francisco Peregil insisted on the same thing in The weekly country.

Ángel Redondo has now recalled Manrique’s column: “We can deduce”, the reader wrote me, “that said musical critic (of the NYT) never existed or, at least, none of the many who have cited it has managed to show it.” The reader Jaime García also recalled that writing by Manrique in the Comments area of ​​the EL PAÍS website: “We continue with the rattle, although it does not agree with reality.”

An expert in the field corroborates this. Professor Cristina Cruces Roldán, from the University of Seville, responded by mail: “This is one of those many lies so well brought that it would be worth it if they were true. It’s a lie, sure ”. Cruces Roldán was distinguished in November with the IV Ciudad de Jerez Flamenco Research Award. What is your award-winning work titled? “He doesn’t sing… or dance? The flamenco dance of Lola Flores in the cinematography of Hispanity (1953-1956) ”.

After knowing the complaints of the readers, the author of the recent information from EL PAÍS assumes the slip: “This quote belongs to the family of apocryphal quotes that should be noted as such; was never a textual headline published in The New York Times. The great Carlos Cano used it a lot to refer to the unique and incomparable art of La Faraona and many people have assumed it as an original by Lola Flores. However, the readers are absolutely right ”.

What happened with this hoax is not just an anecdote. Unlike. How is it possible that it has been published so many times without any prior checking? Who copied whom in this endless chain? Manrique now comments that “accepting things like that so quickly says a lot about us.” Yes, and it happens to us for failing to comply with a double basic rule of the trade: confirm before publishing and cite the origin of the information.

Last month’s EL PAÍS article also included this… surprise: “Lola Flores was a volcano that caused major crises in football clubs such as Barça due to her relationship with Biosca (they say that the day the footballer left her, he was placed a black tie in the pubis to stage the duel) ”. Do they count? Who is it? Where and when? The reader, says the Book of style, you have the right to know. Will we also one day attribute it to The New York Times? Already put…

You can send your questions to [email protected]

Or ask on the blog The Reader’s Ombudsman answers