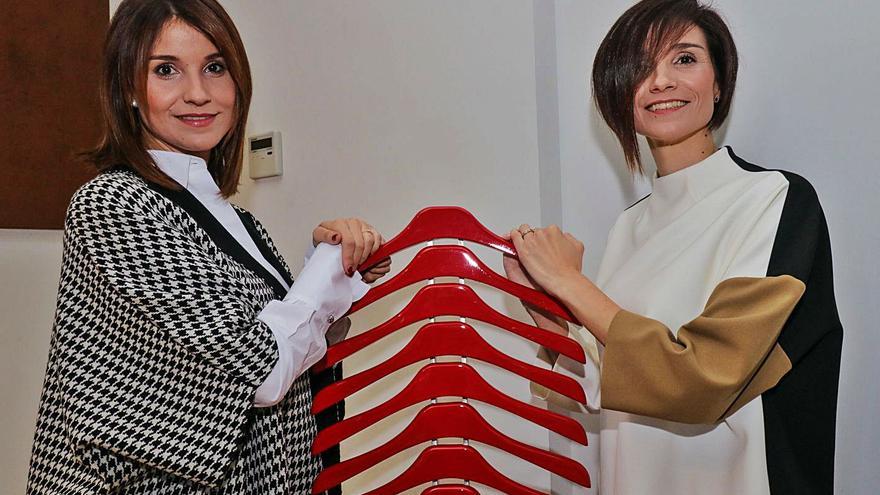 The Erum company, headquartered in the municipality of Alcoy, is world leader in the manufacture of hangers. Not in vain, he works for such well-known fashion firms as Cortefiel or Inditex, among others. With twin sisters Blanca and Coral Erum in the management team, the company has two of its main bets on recycling and respect for the environment, in a demonstration that plastic can also be sustainable. Fruit of this philosophy is called project RTS Erum, Through which in 2020 no less than 660 million hangers have been revalued, which, in this way, have been reused and have not ended up in a landfill.

Erum generates an annual turnover of around 80 million euros, of which about 45% correspond to the section on hangers. It has more than 3,000 employees in the different plants that it has distributed throughout the world, and its products are marketed in a hundred countries spread over the four continents.

According to Coral Erum, CEO of the group in America and Asia, “the hangers have become a key piece in the textile sector, especially today, accompanying the garment from its origin in the factory to the store, where the life cycle with the end customer ends. This fact, repeated and increased throughout the years throughout the world, is causing major environmental impacts that, in our opinion, must be controlled and minimized.

The data indicate that, of the 1,293 tons per year of plastic hangers that are handled in the European Union, only 5% end up being recycled, 62.7% are processed energetically and 32.2% are deposited in landfills. This fact implies 1,064 tons of CO2 per year, in addition to a loss of important resources.

This scenario is what led, according to Coral, that «in Erum we got down to work and developed a global pioneering project that would revolutionize the way of understanding the plastic manufacturing and management system, in a sustainable way during the process ”. It all starts with the direct collection of 100% of the post-consumer thermoplastic material from its distribution centers from its textile customers, as well as the fabric scraps from its factories. From there, it is transferred to the Erum sorting centers, spread across Morocco, Turkey, Indonesia, Poland, India, China, the United States and Spain, among others. Once this operation is completed, the company classifies all the collected material and forwards it again in perfect condition to the garment manufacturers.

The company also takes advantage of and transforms the hangers and the rest of the accessories. Those not suitable for reuse are recycled, recovering 100% of the plastic material for the same use or for use in other sectors such as cosmetics, automobiles or household items, thus closing the circle. “This project – Coral highlights – requires great traceability and logistical coordination with our clients, and allows us to contribute considerably to the carbon footprint reduction and the use of reverse logistics ”.

Through this initiative, Erum has managed to reuse her hangers more than 40 times, while it has managed, in 2020 alone, to revalue 660 million units that, otherwise, would have led to an absolute loss of resources and generated large amounts of waste. The same project has made it possible to convert 200,000 tons of textile trim into yarn, which has been used in the garments that its clients make in a hundred countries. The forecast is to introduce the rest of the textile accessories in the project, and reach 938 million revalued hangers this year. Also collaborate with customers through reverse logistics to reduce transportation emissions.

Coral points out that “we feel responsible for the care of our planet. We are plastic and we work every day for a future without waste. Hence, we redesign our products to give them more life and recover them infinitely many times, thus avoiding the generation of new plastics “.