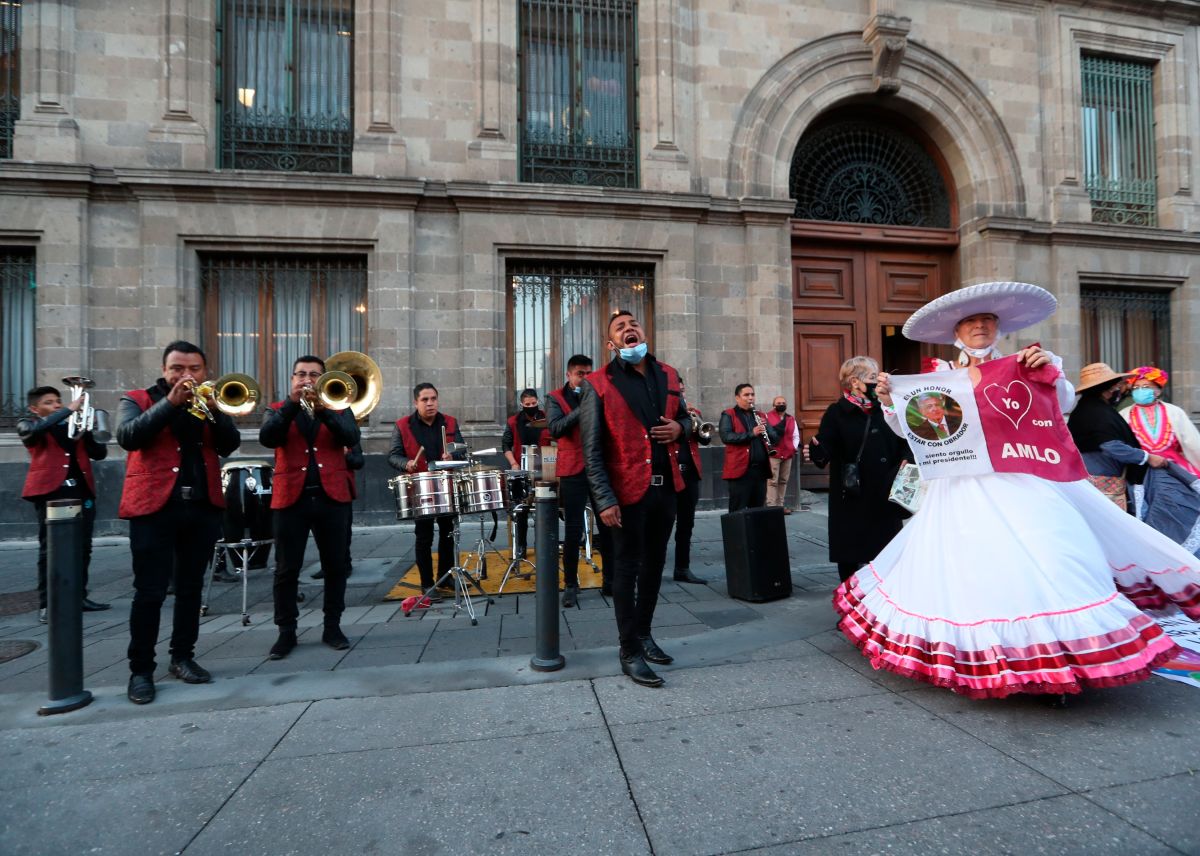 Although the president asked that people not go, his followers wanted to surprise him.

This November 13, the president of Mexico, Andrés Manuel López Obrador is celebrating his 67th birthday, amid many indications, including the handling of the pandemic in the country and the emergency that the southern states, in particular Tabasco and Veracruz, are suffering due to the floods.

In the traditional morning conference on Thursday 12, López Obrador asked his followers to refrain from holding celebrations in his honor, assuring that he would receive the hugs “by telepathy”; However, since that day, at night, dozens of groups and supporters of AMLO stood outside the National Palace to give him different serenades.

About 50 people came to the venue to sing the traditional Mañanitas.

Citizens do not stop arriving at the National Palace to congratulate President Lopez Obrador on his birthday. #felizcumpleanosAMLO pic.twitter.com/qEgW0140Rb

“It is the second year that we have come to give him Las Mañanitas, the President did not leave because he has a lot of work; well, the second year here at Palacio, because we’ve known him since 2006 ”, commented one of the attendees.

#Video 📹 They serenade AMLO for his 67th birthday: “May it last a thousand years … and govern a hundred more” https://t.co/GAQIqHH2vL pic.twitter.com/aKgCSZiaA2

In his morning conference on Friday, the president thanked the displays of affection, assuring that “love with love, it pays.”

They congratulate AMLO in networks

On social media, AMLO also received multiple congratulations. The first of them by his wife, Beatriz Gutiérrez Müller, who posted this on his Facebook page:

Also the former soccer player and now governor of Morelos, Cuautémoc Blanco, published this tweet in honor of López Obrador:

Best wishes today and every day to the president @lopezobrador_. May life continue to give you strength, temperance and a lot of health to continue working for a better and fairer Mexico for all. #HappyBirthdayAMLO pic.twitter.com/2OgSuvDL2r

Other public politicians expressed their good wishes to the president of Mexico.

67 years of life; more than half fighting for a different Mexico.

Andres Manuel @lopezobrador_ has had the ability to transmit hope and wishes for change to millions of people. #HappyBirthdayPresident, we love you.
Keep walking! https://t.co/UyNOuEMYBc pic.twitter.com/uBZ1LVN1R6