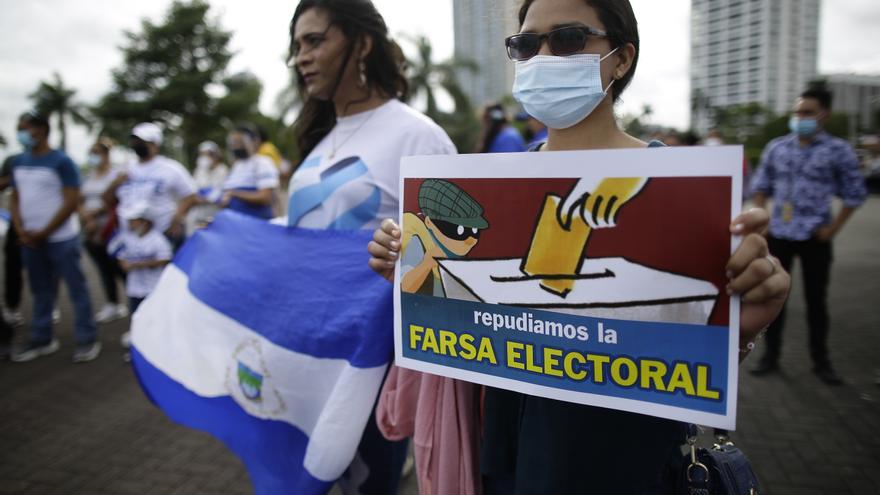 The voting centers of Nicaragua closed their doors this Sunday, in a day marked by low turnout at the polls and in which a new reelection of Sandinista Daniel Ortega, in power since 2007, is expected.

The first polls of the 3,160 Voting Centers were gradually closed starting at 6:00 p.m. (0:00 GMT on Monday) in elections in which citizens would elect the president and vice president of Nicaragua, 90 deputies before the National Assembly and 20 representatives to the Central American Parliament.

The electoral authorities, who highlighted the order and calm with which the voting took place, expect to offer the first provisional results at around 8:30 p.m. (02:30 GMT on Monday).

The way for Ortega’s fifth and fourth consecutive term was paved when the National Police, which leads a father-in-law of the president, arrested seven possible opposition presidential candidates who were emerging as his main rivals and who could serve as a counterweight. Two other dissident aspirants went into exile on security grounds.

After casting the vote with his wife, Vice President Rosario Murillo, who also aspires to be reelected, Ortega offered a message on a television and radio network in which he attacked the opponents imprisoned and in exile, as well as the protests that broke out. against his Government in April 2018.

“We are holding these elections, and we are sure that in this battle, which is a historic battle, where we must decide on terrorism, confrontation, war or peace,” said Ortega from the House of Peoples.

The president of the United States, Joe Biden, has described the electoral process as a “farce” in a statement distributed by the White House.

“What the President of Nicaragua, Daniel Ortega, and his wife, Vice President Rosario Murillo, have orchestrated has been an electoral pantomime neither free, nor fair, nor much less democratic,” Biden assured.

The multidisciplinary observatory Urnas Abiertas reported that a series of irregularities were recorded during the day, including arrests of opponents, while the opposition Blue and White National Unit indicated high levels of abstention.

In a preliminary report, Urnas Abiertas identified “200 acts of political violence in the Voting Centers,” including “denial of entry to opposition prosecutors, intimidation of parastatals and Sandinista shock forces,” or “State workers forced to send a photo of the ballot with your name written on the place where the X is marked. ”

The representative of the observatory Olga Valle said that two “journalists from the independent media Masaya Al Día were detained and later released while they were providing coverage.”

He also reported that there were “surveillance houses around the Voting Centers from where a parallel count of who went to the polls was kept,” especially dedicated to following “public workers, plainclothes policemen, and parastatals.”

The report also made reference to visits by militants of the ruling Sandinista National Liberation Front (FSLN) to houses in the neighborhoods to “find out if people have gone to vote,” as well as “threats to militants,” supposedly to make them vote. .

The leader of the National Unity Marcela Guevara affirmed that the Nicaraguans, “by staying at home, gave a new message to the dictator and the dictator.”

These elections have been criticized for the imprisonment of seven aspiring candidates for the Presidency by the opposition, the elimination of three opposition parties and the electoral observation.

Like the opposition, the Organization of American States (OAS) and the European Union have questioned the legitimacy of the Nicaraguan elections, in which 4.4 million Nicaraguans were called to vote.

Ortega, who turns 76 on November 11 and coordinated a Governing Board from 1979 to 1984, presided over the country for the first time between 1985 and 1990, and is seeking his fifth and fourth consecutive term since he returned to power in 2007.