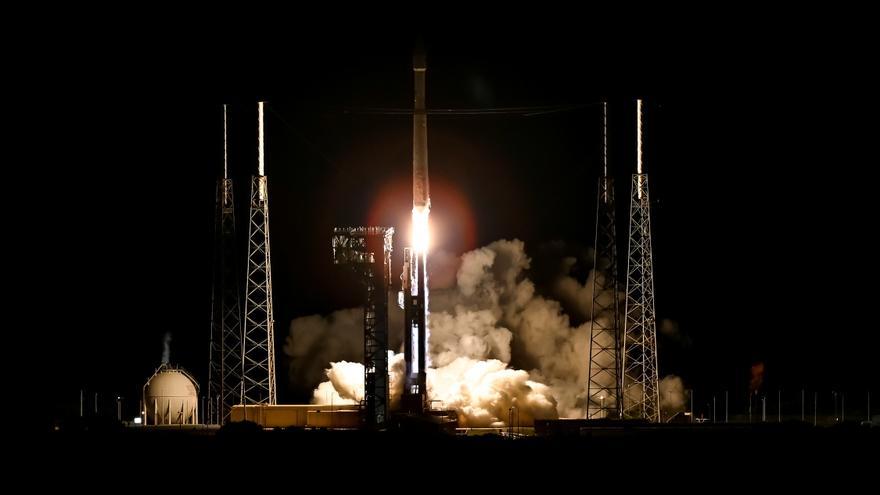 The mission Lucy from the NASA, the first in history dedicated to studying Trojan asteroids (vestiges of the formation of the solar system), took off this Saturday aboard an Atlas 5 rocket from the United Launch Alliance (ULA) company.

The launch took place at 5.34 local time (9:34 GMT) from the Kennedy Space Center in Cape Canaveral, Florida (United States) and from NASA’s Twitter it was celebrated with a concise and round message: “Lucy is in the sky ! “.

💫 Lucy’s got some exploring to do.

Starting from takeoff, Lucy is scheduled to fly over Earth twice to accelerate and reach the 24,000 kilometers per hour; then it will travel in an orbit in which it will use little fuel. Lucy will begin work in 2025 and will finish her mission in 12 years, and in that time she will study eight asteroids: one from the main belt and seven Trojans, ‘fossils’ of the primitive Solar System, from more than 4,000 million years ago, that can give clues about planetary origins.

In fact, the mission is called ‘Lucy’, like the Australopithecus Afarensis fossil, more than three million years old, which was discovered in 1974 in Ethiopia, and which was baptized as the song of the Beatles, ‘Lucy in the sky with diamonds’. That fossil was a key find for the study of human evolution and, now, this space mission may be a unique opportunity to understand our planetary origins and perhaps to find out how life came to earth.

On NASA’s live broadcast, numerous experts were interviewed, including Donald Johanson, the paleoanthropologist who discovered Lucy, for whom this mission is an example of the creative capacity of the human brain, or Bob Cabana, associate administrator of the NASA, who said that “looking back to the origin is exciting.” Cathy Olkin, a planetary scientist at the Southwest Research Institute and deputy principal investigator on the mission, explained that Lucy will serve to study the formation and evolution of the Solar System and to further understanding where we come from.

In addition, numerous personalities, such as the Turkish Orhan Pamuk (2006 Nobel Prize in Literature) or the American Billy Collins (Poet Laureate), sent videos with their best wishes for the ship, although perhaps the most special message was that of the Beatles’ drummer, Ringo Starr, who said: “I am so happy …, Lucy returns to heaven with diamonds. John would love … Lucy, if you meet someone there, give them peace and love from me. ”

Between Mars and Jupiter

On your mission, Lucy will follow a main belt asteroid, between Mars and Jupiter, and seven Trojans, small remnants of the early Solar System trapped in stable orbits and grouped into two ‘swarms’ that guide and escort Jupiter on its way around the Sun.

As the #LucyMission carries her own time capsule to the Trojan asteroids over the next 12 years, we encourage you to put together a time capsule of your own with messages to yourself & tokens from the current era. Share it w/ the hashtag #LucyTimeCapsule: https://t.co/9m91f6Diyk pic.twitter.com/IojRFqiedg

It is the first mission in history to examine this enigmatic population of small bodies orbiting the Sun beyond the main asteroid belt, trapped by Jupiter and the Sun. will study asteroids in a few minutes, while it flies over them in the closest distance that will be an average of about 1,000 kilometers and, for this, it is equipped with the instruments L’TES, L’Ralph, and L’LORRI, which will collect the necessary data to try to reveal the mysteries of the formation of planets.

The first is a thermal emission spectrometer that will help to better understand the physical properties of regolith, which are rock fragments, mineral grains and other surface deposits found on unaltered solid rock. L’Ralph is the combination of a visible multispectral camera and an infrared imaging spectrometer to search for ice and organic substances and determine the mineral composition of asteroids.

Meanwhile, L’LORRI will provide detailed black and white images from the surface of the Trojans that will help to understand the geological characteristics and the crater count, which will help to determine the age of these asteroids. But the ship will also carry a time capsule with inspiring messages from award-winning thinkers and poets of different nationalities.

When Lucy finish his mission, in 2033, the spacecraft will continue to travel between the Trojan asteroids and Earth’s orbit for at least several hundred thousand years, although, if all goes well, it could navigate for millions of years. And perhaps someday in the distant future our descendants will find Lucy floating among the planets.