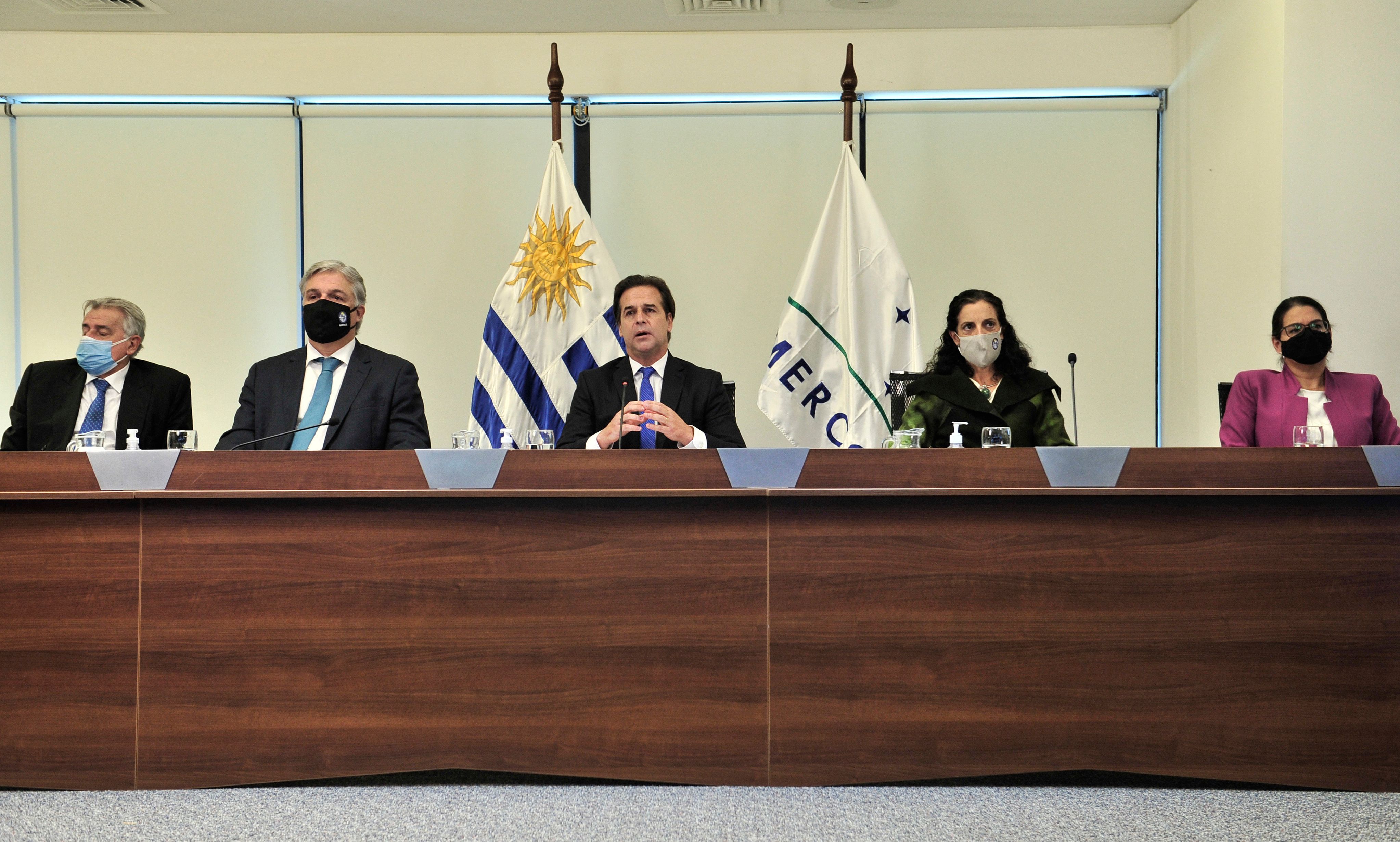 Uruguay has kicked the board and Mercosur is going through what is perhaps the worst crisis since its birth in 1991. Its president, Luis Lacalle Pou, defended this Thursday before his peers the decision to sign trade agreements outside the bloc, something that is prohibited by statute. “The world is not going to wait for us. For this reason, calmly, we want to tell you that Uruguay is going there, hopefully we will all go together, “Lacalle Pou warned his partners by videoconference. The Uruguayan rebellion is aimed at Argentina, which defends at all costs the standards agreed upon 30 years ago in Asunción, and the gaze of Brazil, which agrees with “making Mercosur more flexible” but without fracturing unity. Paraguay, meanwhile, silently supports Montevideo’s position.

The demands of all the members, except Argentina, to be able to negotiate agreements with other countries outside of Mercosur are old. Uruguay, and to a lesser extent Paraguay, have led the way in the protest. While Argentina and Brazil account for most of the intra-zone trade and lead the negotiations with third countries, the two smaller partners consider that they do not receive the expected benefits. On May 26, at an extraordinary summit on the occasion of the 30th anniversary of Mercosur, Lacalle Pou said that Mercosur was a drag on the economic opening of his country. The Argentine Alberto Fernández then replied that if he considered that Mercosur was “too heavy a load” he could “change ships” whenever he wanted.

Uruguay seemed to take the gauntlet thrown by the Argentine. On the eve of this Thursday’s summit, the Uruguayan Foreign Minister, Francisco Bustillo, informed his peers that his country “will begin to talk with third parties to negotiate extra-zone trade agreements.” Lacalle Pou said in his speech that this does not mean breaking with Mercosur because the decision “does not mean violating or violating the consensus rule” that governs the bloc’s decisions. “The ultimate goal is belonging to the bloc,” he said. Without naming Lacalle Pou, the Argentine Alberto Fernández recalled that the Treaty of Asunción, the founding of Mercosur, establishes “on the one hand, that negotiations must be started and concluded jointly. Second, any proposal must be based on the rule of consensus ”.

Not only “flexibilization” divides partners. Brazil, and also Uruguay, also promote a drastic reduction of the Common External Tariff (AEC) that regulates the entry of extra-zone products with an average penalty of 14%. Bolsonaro was present at the summit of presidents from Brazil. Brasilia’s strategy has always been to promote bilateral trade agreements and reduce the CET, but within the bloc’s rules. Take note that Argentina is its main trading partner thanks, precisely, to intra-zone trade. It also has the pressure of large industrialists. The powerful National Confederation of Industry (CAI) The Brazilian government issued a statement in which it warned that Uruguay’s breakthrough strategy does not help the bloc advance. “Mercosur needs adjustments and improvements, but it continues to be the one that provides the most economic and social results to Brazil,” says the statement, which highlights the recent free trade agreement with the European Union.

For all this, President Bolsonaro gave no indications on Thursday that he will follow in Lacalle Pou’s footsteps. He even said, jokingly, that the only rivalry with his South American neighbors is with Argentina, for football. “On Sunday we are going to win 5-0 at Maracanã,” he said, with his hand extended to the camera, about the final of the Copa América that will be played on Saturday at the legendary Brazilian stadium.

Bolsonaro stressed, yes, that the priority must be “the review of the common tariff rate and the adoption of flexibilities for the negotiation of trade agreements with external partners.” And he regretted that during the last six months, the period in which Argentina held the presidency for the time of the bloc, “the expectations and modernization needs of Mercosur” that the partners have were not met. But he didn’t kick the board. “We cannot let Mercosur be seen as synonymous with inefficiency, wasted opportunities and trade restrictions,” he said. The presidency for the time of Brazil, which begins this Thursday and ends at the end of the year, will focus on the modernization of the economic agenda.