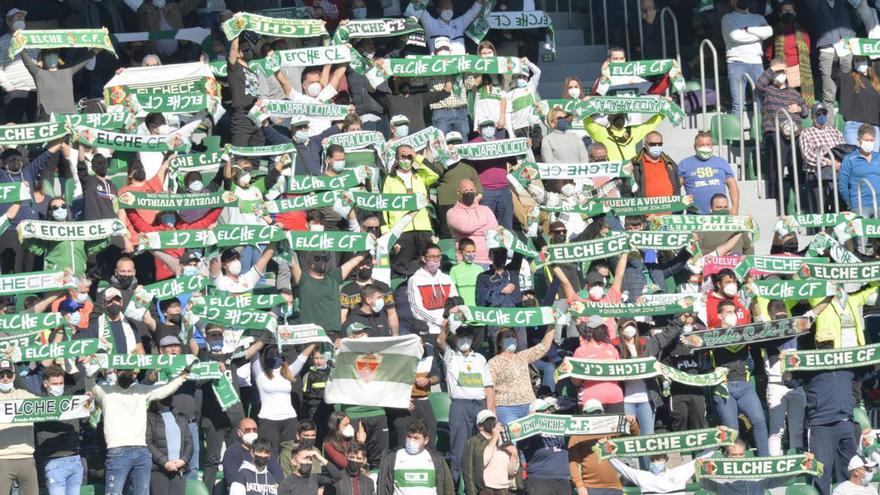 The Martínez Valero stadium will present a grand entrance and luxurious atmosphere this afternoon in the match between Elche and Real Madrid. A total of 23,500 spectators will gather to witness a match that has raised great expectations.

The franjiverde entity put up the “Sold out” sign yesterday afternoon and announced that there were no more tickets left. El Licitano coliseum has about 34,000 seats, but in order to obtain the opening license, which was obtained a few years ago after a long waiting period, it was reduced to 31,388. In addition, the restrictions due to the covid-19 pandemic only allow 75% of the capacity. So with all the seats sold out, there will finally be 23,500 spectators who will attend the game this afternoon. It will exceed the 23,010 attendees at the League meeting on October 30, when there were no restrictions.

The nearly 13,000 subscribers that Elche has had their seat reserved until Tuesday. The vast majority have acquired their locality, because they do not want to miss a meeting that could be historic. In total there will be around 15,000 fans of the Franjiverdes and the rest, for the most part, will be followers of the white team.

Numerous Madrid fans in the province will also take advantage of an opportunity that does not come every season, to see their team live. The franjiverdes and madridistas fans are experiencing an extraordinary moment. The Whites are grown with the leadership in the League and winning the Spanish Super Cup last Sunday.

For their part, the Elche fans are enjoying the best moment of the season for their team and dream of eliminating Real Madrid and repeating the 1969 Cup final.

The green colors of Elche and the white colors of Real Madrid can be seen in the stands of the Martínez Valero. The fans will come ready to enjoy and work their asses off to cheer on their players.

Fate has meant that in less than three months the Whites will visit the El Licitano Coliseum twice. If in LaLiga the victory corresponded to the madridistas, by 1-2, among the Elche fans it is expected that the result of this afternoon’s clash will be different and, at the end of the match, they will be able to celebrate a victory and qualify for the quarterfinals. King’s Cup final.

Minute of silence for Gento

This afternoon’s match will also have its emotional moments. Before the start of the match, a minute’s silence will be observed in memory of Paco Gento, the legendary Real Madrid footballer, who died last Tuesday and was buried this Wednesday.

It will be the first match that Real Madrid plays after the death of its honorary president. Elche has wanted to join the numerous expressions of condolences. On Tuesday he published a message through his social networks, sent an official message to the white club and during the minute of silence, an image of Gente will also be projected on the video markers in one of his visits to the old and disappeared Altabix field.