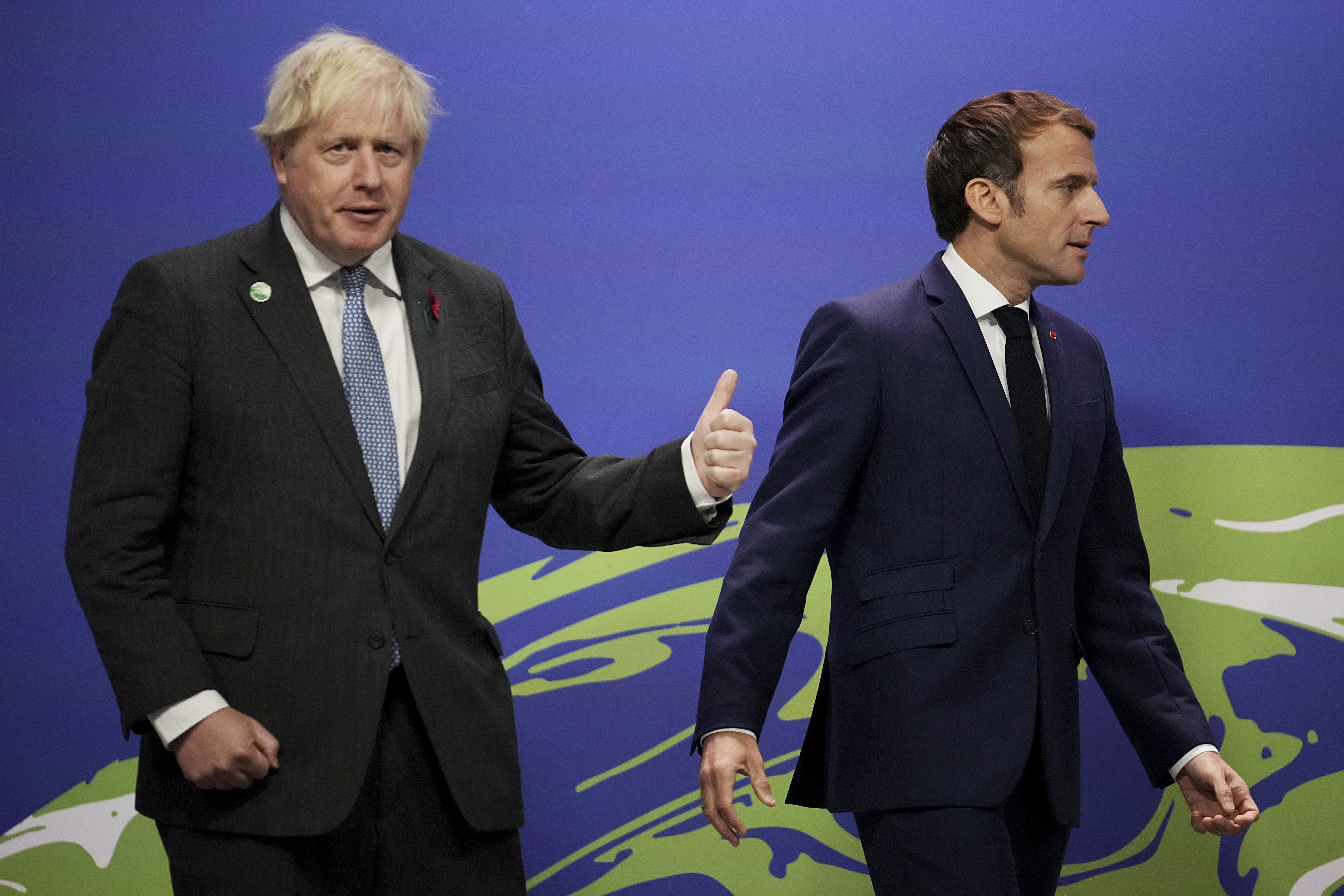 Paris and London have shown once again that nothing around Brexit is easy neither before nor after the UK’s traumatic exit from the European Union. The last example is fishing licenses. France had threatened to impose, as of Tuesday, retaliation if the United Kingdom does not issue the many licenses that it says are still missing so that its fishermen can continue to fish in British waters. He did it in good time, last week, aware that until the ultimatum there would be multiple possibilities for negotiations at the highest level: French President Emmanuel Macron and British Prime Minister Boris Johnson met at the weekend in Rome at the G20 Summit and Monday at the opening of COP26 in Glasgow. In front of the cameras, no one showed signs of giving their arm to twist, but behind closed doors the teams negotiated intensely all day. With just a few hours left until the deadline, Macron announced that the clock was stopping. Negotiations will continue this Tuesday, although the threat of sanctions remains pending.

The talks “will continue tomorrow” (by Tuesday), Macron told French journalists from Glasgow. Meanwhile, the midnight ultimatum is held back. “We are not going to impose sanctions while we negotiate,” he explained, according to the agency France Presse. “We will see where we are tomorrow at the end of the day to see if things change,” he added, opening a door to the hope that the pulse will end in a few hours. “I have understood that the British are going to present other proposals to us tomorrow,” he said.

Shortly after, the Elysee further confirmed that the Secretary of State for European Affairs, Clément Beaune, has invited the British negotiator with the EU, David Frost, on Thursday to Paris, for “an in-depth discussion on the difficulties in applying the agreements between the EU and the United Kingdom ”, implying that beyond the licenses for fishermen Paris, which will assume the rotating European presidency in January, could try to iron out other open fronts between London and the 27.

Until these first signs of detente, everything indicated that Europe was on the verge of a new commercial clash with London.

Johnson is the king of metaphors, as long as they fit his own political interests. At the Climate Change Summit in the Scottish city of Glasgow, the British Prime Minister described the participating countries as a James Bond – the Scottish agent in His Majesty’s service – who must choose which cable to cut to prevent the device from exploding. catastrophe. In this case, the climate catastrophe. However, faced with the most immediate urgency, the diplomatic collision with France over the fishing conflict in the waters of the English Channel, Downing Street seemed determined to shake the explosive.

Under the same roof as the convention center that hosts COP-26, Johnson, Macron, and the British Foreign Minister, Liz Truss, agreed. Before the cameras, no one wanted to show a gesture of appeasement during the day. Quite the contrary: Truss did in fact announce the British Government’s readiness to invoke the dispute resolution mechanisms of the trade agreement signed by the UK and the EU if Paris did not withdraw its ultimatum. It would be the first time that such a drastic mechanism has been used, designed to manage the conflicts of the post-Brexit era. Despite the harsh tone from both parties, closed-door negotiations continued, the Elysee confirmed.

Paris has threatened to ban British fishing vessels from landing their cargo in designated French ports. In addition, he has warned that he will strengthen customs and health controls and that he will carry out “systematic” security checks on British ships. The Gallic ultimatum also includes “reinforcing” the controls of trucks heading to or from the United Kingdom, whose main point of passage is the Eurotunnel in the French port city of Calais. In the longer term, and if London still does not give its arm to twist, Paris also threatens to “review the energy supply” of the Channel Islands, which depends on French suppliers. The reprisals formally entered into force at midnight on November 2, although for the moment they are paralyzed.

During the brief meeting with Johnson behind closed doors on Sunday in Rome – of which there was not an official photo – Macron made a proposal with a series of points to be resolved “in the very short term” as a “test of reciprocal goodwill” . A “de-escalation,” said the Elysee. Now, the French president warned, “the ball is in their court. (…) If they continue to act as if they do not want to comply with the agreement, I will regret it, but we will not be able to stop responding and defend our fishermen.”

The first response, not very encouraging, came on Monday from the person in charge of British diplomacy. “It would be a huge mistake on our part to bow to these threats from France,” Truss said on Times Radio. “This is not just about threats to our fishing fleet, but to the energy supply of the Channel Islands. Do not have the slightest doubt: we will take this matter to the dispute resolution mechanism if France does not retract immediately, “warned Truss, who gave Paris a period of 48 hours to stop its” threats “while exclusively blaming the French already his high rhetoric of the conflict between the two countries. “[Macron] it must stop threatening British fishing vessels and accept that we have every right to grant or not to grant fishing licenses in accordance with the provisions of the trade agreement, ”said the minister. Hours later, Macron implied that the lines had nevertheless moved from both sides. The French president said “he is confident that Johnson takes seriously” the French proposals for the negotiations to achieve a “result” on Tuesday.

To date, France has been refuting London’s claims that it has already granted 98% of the licenses requested by European fishermen to fish in British waters. According to Paris, they are only 90%, but there is even more: practically all that remain to be granted are French, something in which he sees something more than the “technical question” that London alleges. “After 10 months [de negociaciones]When so many licenses are missing from a single country, it is not a technical issue but a political decision and a violation ”of the post-Brexit agreement, Clément Beaune tweeted on Sunday. “A friend, an ally and a responsible partner should keep their word and respect their legal commitments,” he insisted.

The Johnson government had, for its part, clung to the apparent clumsiness of the other side, by accidentally posting on Twitter fragments of the letter that French Prime Minister Jean Castex sent to the President of the European Commission, Ursula von der Leyen, which urged the United Kingdom to understand that “leaving the EU causes more harm than staying inside.” It was the ideal fuel to fuel Downing Street’s Eurosceptic speech, and it came at the worst time. The tension between London and Brussels over the Northern Ireland protocol makes it increasingly possible for a trade war to break out between the two blocs, although perhaps the negotiation now opened by force by Paris will also manage to appease that front.