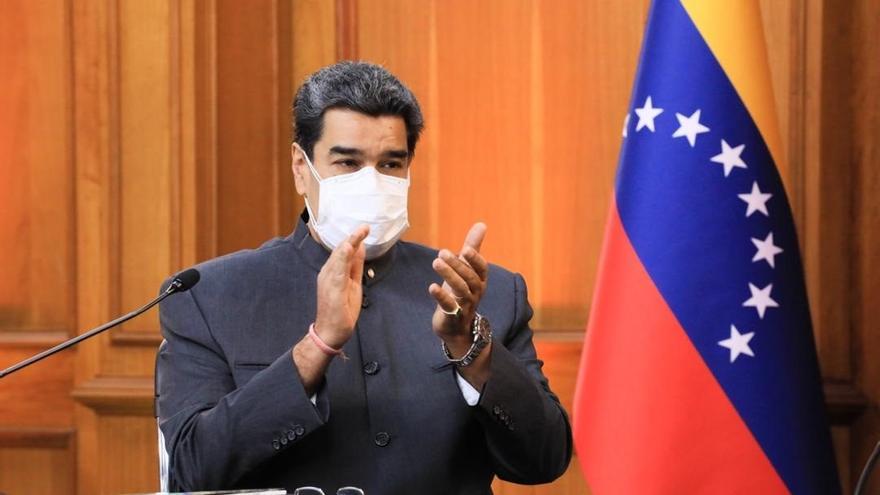 The Venezuelan President, Nicolás Maduro, assured this Sunday that the dialogue with the opposition sector that he heads Juan Guaidó And that it will have Mexico as its headquarters is going “well”, and he asked that other groups detractors of his Government join the negotiating table that he did not mention.

“I believe that, in the political dialogue for peace with the Guaidocist opposition, we are doing well, “said the president after voting in the primary elections of the United Socialist Party of Venezuela (PSUV) of which he is a member.

He explained that this negotiation “already has a document drawn up” and “The agenda is currently being debated.”

“There are seven titles on the agenda that are being debated and in the next few days the date and place of the meeting will be announced, the government of Andrés Manuel López Obrador has offered Mexico and we have the full support of Mexico for the peace talks with the Guaidocist opposition, I hope the date is placed and the exact place indicated“Maduro added.

This very week, various members of the opposition They assured that the date for the beginning of the negotiations was next August 13, but, according to the president, the day is not set yet.

Regarding it, he reiterated his demands that, in addition to the lifting of sanctions, include the “recognition of the legitimate authorities of Venezuela “, the” renunciation of violence “and a fourth that he added today:” that all oppositions are incorporated. ”

Later, he emphasized that in his Government they believe “in dialogue as the way, as the way to harmonize society, to listen to understand each other “.

“It has always been like this, on so many occasions, since I was president, the word that I have mentioned the most in any speech is the word political dialogue, negotiation, understanding, harmonization and union. That is the way “added.

“Those who have communication with the United States Government is the Guaidocist opposition (of Juan Guaidó) who belongs to them (to the Americans), they are subordinate and obey the mandates and designs of the US government and elites, “he stressed.

Regarding the primaries that the PSUV celebrates today to elect its candidates for November 21, he considered that “mark a historic milestone.”

In the opinion of the Head of State, this process, in which militants and sympathizers without a license can vote, has “opened the doors of the big house” that he considers to be his party so that “its true owner enters, the man and the woman on foot “.

He explained that it is a sample of “direct, participatory and true democracy” and he stressed that in Chavismo they believe “in the way of voting” since 1997.

From that path, he continued, they have not left despite “having gone through everything that has to go through”, including coups, sabotage, “economic warfare and assassination attempts, among others.

“We could have had a thousand excuses (…) to say no, not for now (there are elections) and it was never like that, “he commented.

Finally, Maduro, who showed his confidence in the National Electoral Council (CNE) who organizes the primaries, explained that he has “thought of proposing that the primary elections be included in the electoral law so that they are mandatory.”

“I think this open primary election, as a historical milestone, a crucial milestone in the stage that opens in Venezuela in 2021, it is a tremendous contribution to the consolidation of peace and political dialogue, “he concluded.