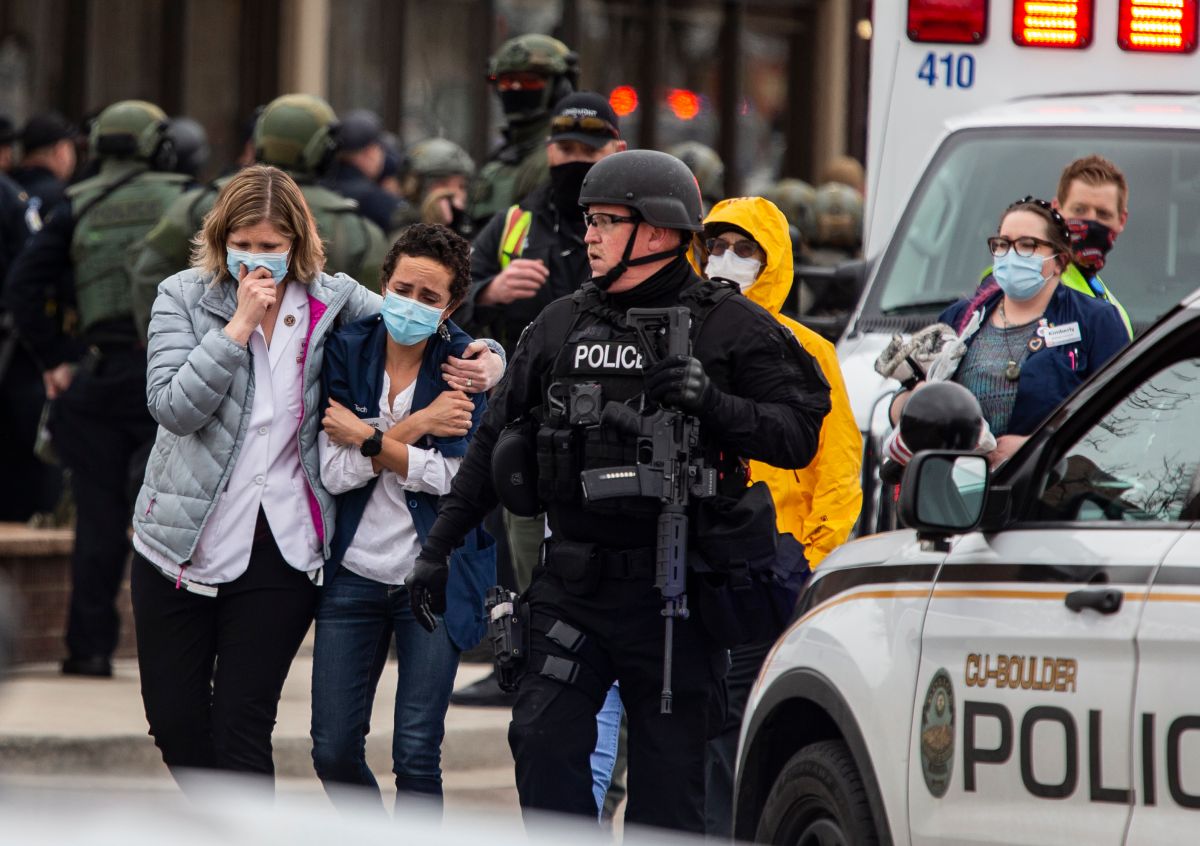 A video fan identified as Dean Schiller faces criticism on social media after it went live the shooting this Monday at the King Soopers supermarket in Colorado – in which 10 people died – for the YouTube channel ZFG Videography.

Schiller, a Boulder resident, recorded the shooting that culminated in the deaths of 10 people, including a Boulder police officer.

In part of the images, the man is seen walking among the victims inside the establishment. However, he is not seen taking any action to rescue those present or alert the authorities beyond transmitting what was happening through the video.

Schiller, who repeatedly identifies himself as a “citizen journalist,” was eventually removed from the scene and immediately the press began interviewing him about what he had seen inside the place, located in the same city.

The man also recorded the moment when the suspect in the shooting was handcuffed and was in the custody of the authorities.

More than 30,000 watched the broadcast in real time

More than 30,000 users watched what was happening at the grocery store through Schiller’s live video, according to The Gazette report.

The video fan said that he was leaving the scene when he heard the first shots and saw three people lying on the ground.

“Something just happened here, someone is down,” says Schiller at the beginning of the video.

“Look, there are people lying in the damn street,” adds the individual without interrupting the recording to call the authorities directly.

However, his audacity has generated conflicting opinions among those who think that Schiller should have refrained from recording the incident or at least should have stopped it when he saw that other people needed emergency help.

Apart from his inconsiderate attitude in not providing aid to the victims, some criticize that he could have affected the tactical operations of the Police by releasing details from the scene and even alerting the suspect.

Schiller sued the City of Boulder in 2019

The aforementioned outlet reported that Schiller and other men, identified as Jedon Kerr, sued the City of Boulder in 2019 after they were arrested and jailed but not charged for a filming they took at the Boulder County jail. The outcome of that case is unclear.

The lawyer who led the legal action, David Lane, has not responded to the newspaper’s call for reaction.

The identity of the suspect in the shooting and his motivations have yet to be released by authorities.

The attack occurred at around 2:30 p.m. local time (20:30 GMT), when the suspect, armed with an assault rifle, opened fire inside the supermarket of the King Soopers chain.

“He went in and started shooting,” one of the survivors of the attack told The Denver Post, as quoted by the Efe news agency.

Another, Ryan Borowski, explained to The Washington Post how he experienced the start of the shooting: “My first hope was that some employee had dropped something. By the third bang I was running. It was bang, bang, bang, bang, bang! I think it was like eight ”(shots).