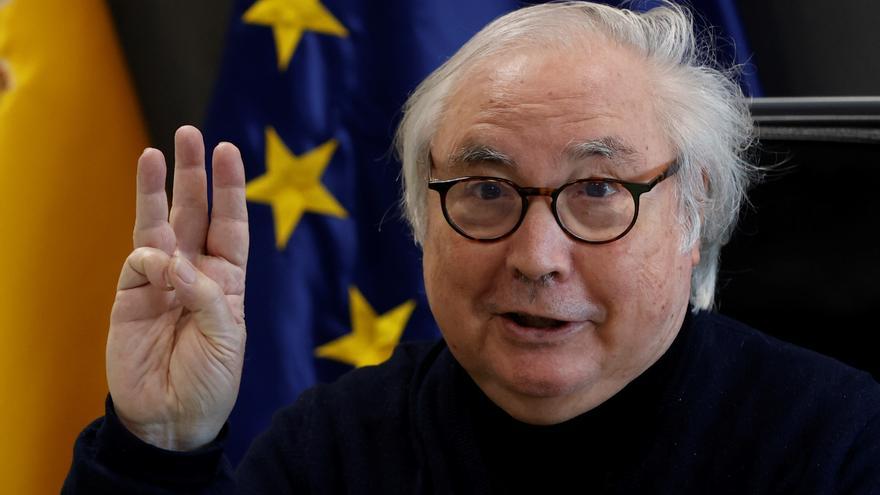 The Minister of Universities, Manuel Castells, who leaves the portfolio due to health problems and who during his two years in office has lavished little on the public scene, leaves the Government without completing the great reform that he had planned and with criticism on the one hand of the university community.

In his last interview, last Saturday in the newspaper Ara, he admitted that these two years meant a “great effort” and a loss of “freedom”, but “it seemed to me -he affirmed- that after a lifetime of criticizing the Spanish university they gave me the opportunity to change something. ”

Castells, 79, leaves the Ministry after being appointed on January 13, 2020 at the proposal of United We Can.

It is the first exit within the five ministers of United We Can since Pablo Iglesias left the Executive, in March, and after the remodeling of the cabinet in July that Pedro Sánchez made with the ministers of the PSOE side.

Castells leaves without approving its “star” initiative, the Organic Law of the University System (LOSU), which has only passed through the Council of Ministers in first reading on August 31 and, since then, has suffered successive delays due to intense negotiations of the Ministry with unions, rectors, students and the rest of the university community.

In an affable manner, he never threw in the towel in search of his longed-for consensus and even went so far as to say, in an interview with Efe, that an absolute majority did not serve him to approve this law but that he aspired to unanimity.

This reform collided with the students, who denounced a democratic decline in the representative bodies of the University, and also involved a strong confrontation with the rectors, who even refused a few weeks ago to sign a mandatory report to continue with the processing of the law until you have the final text.

The renowned sociologist, who for most of his professional career has worked in prestigious US universities and is considered one of the “gurus” of communication worldwide, also had uneven luck with the second of his legislative projects: the Law of University Coexistence.

In this case, it did achieve the desired consensus with the university community, but upon reaching the Congress of Deputies, it found itself with Catalan nationalist groups, dissatisfied with its wording.

He yielded to his claims and, again, unions, students and rectors harshly reproached him for understanding that the spirit of the law and its backbone was being diluted: the mediation mechanisms in case of conflict.

The latter, together with the LOSU, cost Castells his first protests in the street by university students last November and they threatened to repeat them again if their claims were not addressed.

Sources around him have confirmed that his departure is due to medical problems and in fact he was the only minister who was absent at the Constitution Day event due to his fragile health.

Perhaps it has been one of the reasons why he has been unfriendly to lavish himself on the public scene and has always chosen to work in the shadows.

This lack of presence has earned him much criticism during these last two years, which worsened with the outbreak of the pandemic since some sectors accused him of “inaction”, something that he always denied.

At the head of the Ministry, he managed to approve several royal decrees, including the one that includes the new requirements for the creation of universities, which from now on cannot be considered as such if they do not have a minimum academic offer of 10 official Bachelor’s degrees, 6 Master’s and 2 official Doctorate programs, and they must be represented in three of the five major branches of knowledge.

The sociologist and university professor will be replaced by Joan Subirats (Barcelona, ​​1951), professor of Political Science who was number two on the list of the mayor of Barcelona, ​​Ada Colau, in the 2019 municipal elections.