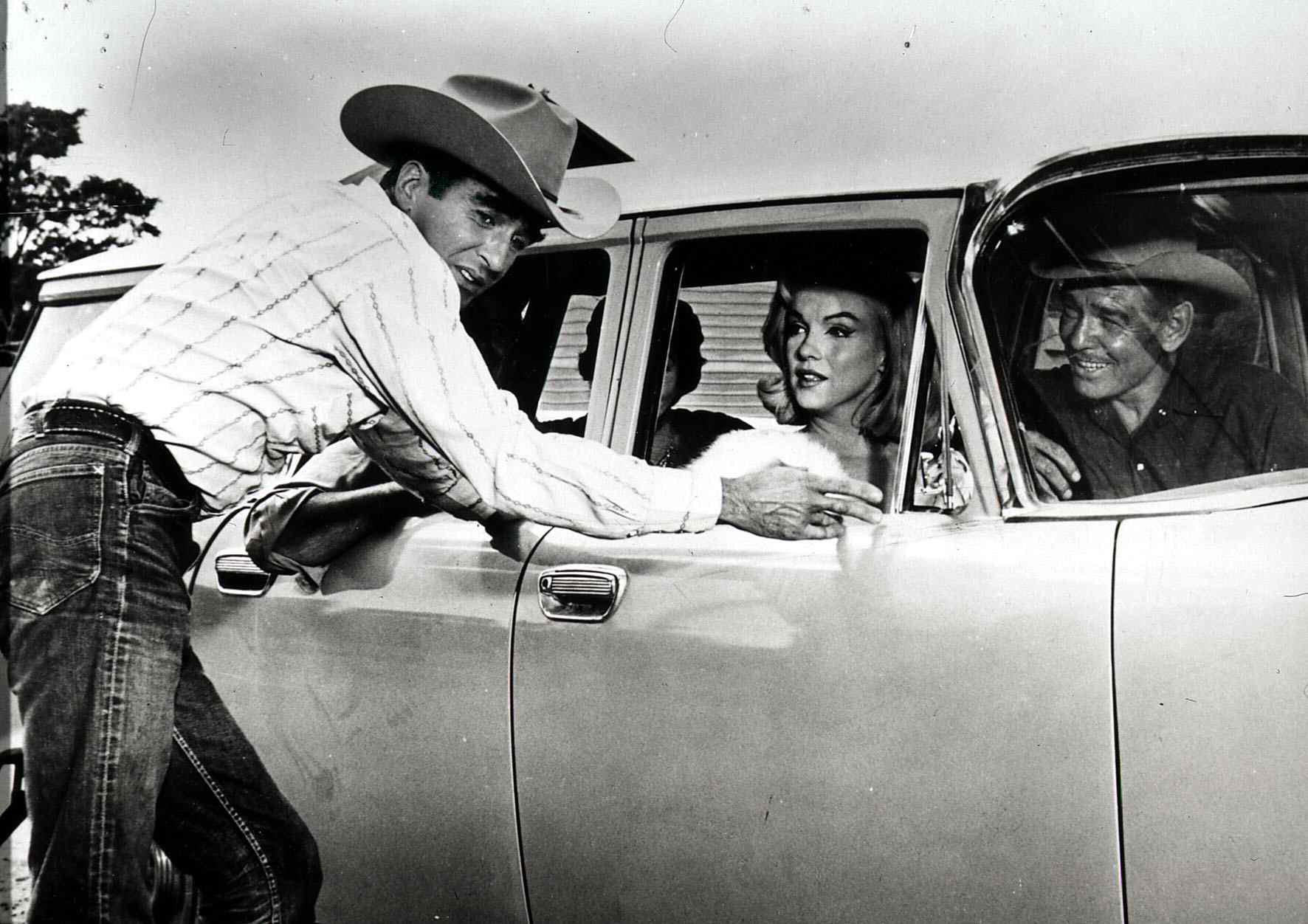 At first it was not clear if I liked reading more Abroad, by Camus, Sanctuary, by Faulkner and The magic mountain by Thomas Mann what to see at the cineclub The Maltese Falcon, The Queen of Africa Y The concrete jungle by John Huston. Being a film director seemed to me to be more attached to the bone and the flesh of the characters, whom I manipulated, supported, commanded over them, knew about their passions on and off the screen. In fact, just arrived in Madrid, before stopping at the Gijón café, I went to the School of Cinematography on Montesquinza Street to enroll in the directing exam. I was greeted by a being in checkered slippers who was eating a potato omelette sandwich. I thought I would never be like John Huston if I stayed in that place one minute longer and I let it go.

For my part, the most disturbing synthesis between literature and cinema occurred in this filmmaker when he directed Rebellious lives In 1960 (The Misfits), The script for which Arthur Miller had written to save the love of Marilyn Monroe, a collapsed doll who, in the end, was always late to filming stuffed with pills. Willy Wilder had said of her: “Marilyn was that meat that you thought you could touch just by reaching out. Contrary to what everyone thought she didn’t want to be a sex symbol, and it killed her. It was a mixture of grief, love, loneliness, and confusion, but she had a more serious problem: she fell in love too quickly. All the books I have read, including War and peace, by Tolstoy, I have read them waiting for her to come to the shoot. Marilyn didn’t need acting lessons; what I needed was to go to Omega school, in Switzerland, where superior punctuality courses are taught ”. After Whit skirts and being crazy Wilder was asked by journalists if he was going to make more movies with Marilyn. “I have discussed it with my doctor, my psychiatrist and my accountant and they have told me that I am too old and too rich to undergo such a test again.”

At the end Rebellious lives the explosion occurred. The first to die, just after filming, was Clark Gable, whose heart broke. Shortly after the nembutal finished with Marilyn. Even the foot of the bed was left swinging the cord of the telephone from the last unanswered call, perhaps to Robert Kennedy, which gave rise to the legend of the assassination. Montgomery Clift, his face split by the scar left by the car accident, neurotic, drunk, about to burst like the wild horses that filled the screen, wasted no time in joining them. Freud, directed by John Huston, was one of his last films. No one ever interpreted the struggle of the unconscious against the mask itself like this actor. A plastic surgeon, accused of having murdered his wife, whose name was Manfred Von Linde, operated on Monty’s face in different sessions in search of his soul. He did not find it. First it was anxiety, then insomnia and drugs enhanced by alcohol, and finally the attraction of the abyss appeared, his most powerful addiction, which led him to sadomasochism haunts where he allowed himself to be whipped and humiliated to the utmost degradation. When he met at the Actor’s Studio in meetings with Marlon Brando, there was a great deal of excitement, the girls from the academy said. They didn’t know which of the two to look at first. “Marlon had an animal magnetism and conversations stopped when he approached a group; Monty, for his part, was elegance personified ”. John Huston survived him only to be able to direct his masterpiece, the story, in a wheelchair and with a dropper on his forearm. The dead, from the genius of literature, his Irish countryman, James Joyce.

Huston says in his memoirs: “I had five wives: many entanglements, some more memorable than marriages. I married a schoolgirl, a lady, a movie actress, a dancer and a crocodile ”. Huston went hunting, gambling at the racetrack, raising purebred horses, collecting paint, boxing, writing, acting, and directing more than 70 films.

A novelist creates characters that are just smoke from written words in a closed room; a film director manipulates the actors, who are fictional beings and at the same time flesh and blood, knows their lives, plays with them, knows what kind of blood runs through their veins. In the movie Rebellious lives the real dramatic work was the one transmitted to Huston by the actors in the breaks and at the end of the shoot, the real death of Clark Gable, Marilyn’s heartbreak and the mental torture to which Arthur Miller subjected her, Montgomery’s profound neurosis Clift. There is no novel that can improve that mix of grief, glory, loneliness and confusion that happens on and off the screen.