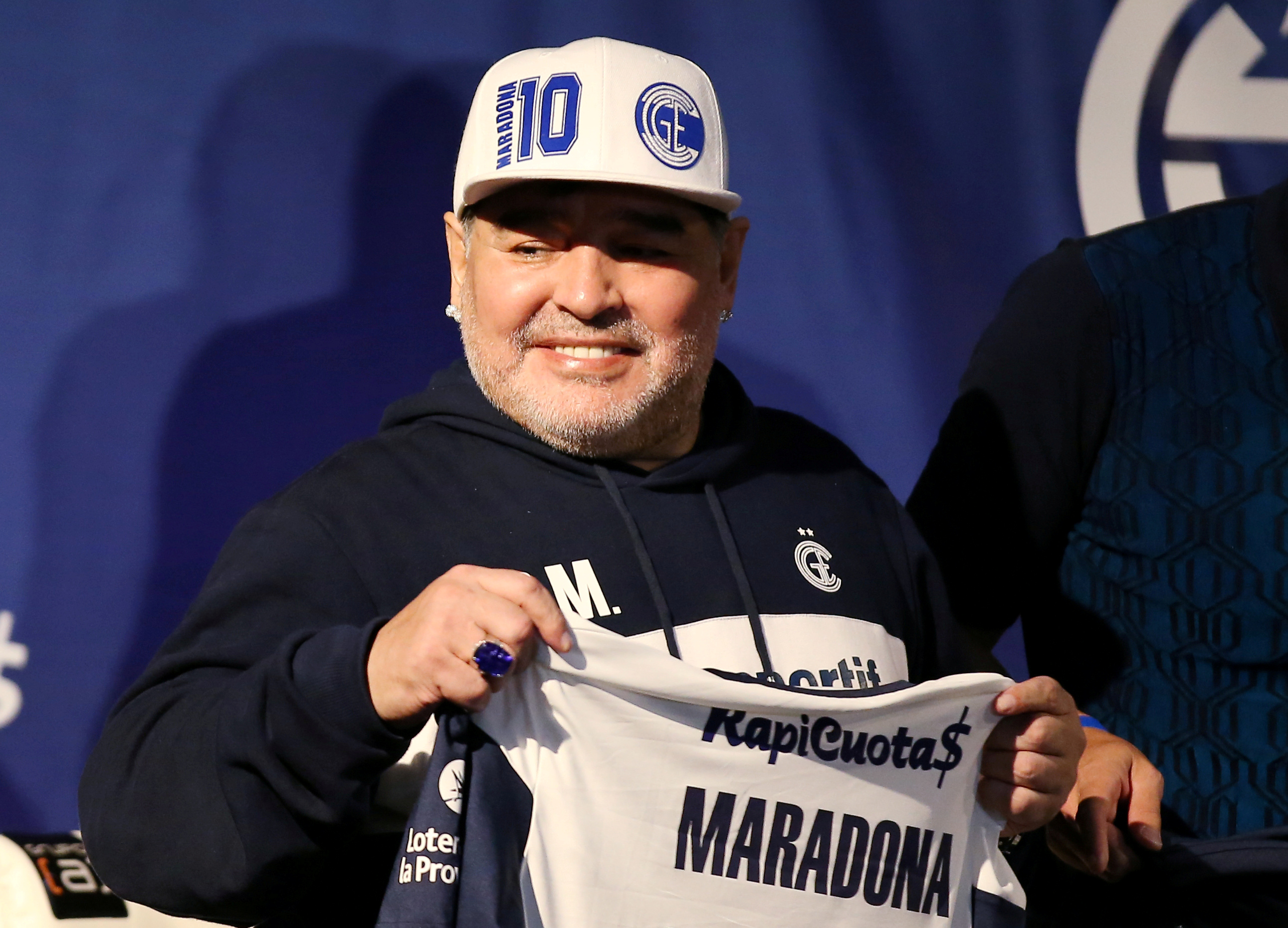 Every day is a little better. Assisted by doctors, psychologists and his inner circle, Diego Armando Maradona is recovering on the outskirts of Buenos Aires from the operation of a cerebral edema and a withdrawal picture. With just 60 years of age, the hospitalization of the biggest Argentine soccer star in early November put the country on edge and once again showed the devotion it awakens.

Fidel Castro’s son, Tony Castro, offered him to recover in Cuba, safe from prying eyes. He also received a similar proposal from Venezuela. But the world champion in Mexico 86 chose for now a house in a private neighborhood in the Buenos Aires town of Tigre, about 30 kilometers north of the Argentine capital. His full recovery will require more than a month, although Maradona is optimistic. “In about 15 days I’ll be there,” he told the players of the team he trains, Gimnasia and Esgrima La Plata on Tuesday through his first video call with them after the operation. He asked about each of the footballers and was interested in the formation chosen by his assistants for the next game. “It is splendid, we saw it great. Nothing to do with the image that was left on his birthday. We are very happy “, a member of the staff told the newspaper Olé.

His birthday was October 30. That day, which coincided with the return of the Argentine soccer competition after the parenthesis due to the covid-19 pandemic, Maradona went to the Gymnastics stadium, but did not participate in the victory of his team 3-0 against Patronato. The cameras showed a weak man, with difficulty walking, who only spent a couple of minutes on the substitute bench and then returned home. Three days later, he was admitted due to a supposed low mood after a week “emotionally complicated”, “of great pressure”, according to his personal doctor, Leopoldo Duque. 24 hours later, he entered the emergency room to be operated on for a subdural hematoma. The intervention was successful, but his hospitalization was prolonged to treat his addiction to alcohol and anxiolytics. “The abstinence is due to the consumption of his whole life. We see a reaction of sweating, of anger, and we classify it as abstinence. That’s why we didn’t want to let him go, we insisted, “Luque told the doctors.

Maradona remained hospitalized for eight days, during which dozens of followers came to the Olivos clinic to leave messages of encouragement. Upon discharge, the Argentine idol received applause and cheers from those present. “Diego is whole, he is firm, there is Maradona for a while. What is needed now is a family union and being surrounded by health professionals. And Diego is going to be with the doctors and the family as he should be, that Diego has to be happy and we have to return together the love and happiness he gave us, ”said Maradona’s lawyer and agent, Matías Morla, after leaving the critical moment behind.

El Pelusa has 24-hour nursing care and it is expected that his doctor will come to see his evolution in the coming days. The family bonding seems more complicated, given the constant fights leaked by the media. The latter would have had as protagonists the eldest of the daughters of the Argentine star, Dalma Maradona -from his marriage to Claudia Villafañe- and Jana Maradona, the fourth of his daughters, born from the extramarital relationship he had with Valeria Sabalaín in 1996. “You don’t touch me,” Dalma told her stepsister at the clinic when she wanted to hug her when she received the news of the success of the operation, according to the host of the television program Intruders. “Why don’t you go visit Dad more instead of criticizing?” Jana replied to Dalma after the first-born demanded more attention with the medication from those present. Jana Maradona began to have a bond with her father in 2014, when she was 18 years old, but today she is one of the people closest to him. During the pandemic, he moved in with his father, who remained practically isolated as a person at risk.

“At 60, my dad is trying to resolve all his conflicts. Diego Jr. also recognized him and tries to be with Dieguito Fernando as much as possible. Call your grandchildren. He tries to do it in spite of everything how difficult it is to be Maradona, because it is not an easy life either, ”Jana declared in an interview for the documentary on Maradona’s 60 years. “Obviously he does it and it is going well because all the people who have to be there are present. Even if he continues to make mistakes, like everyone else, it is also good to resolve the errors and correct a little bit ”. His improvement is visible to all who are close to him.