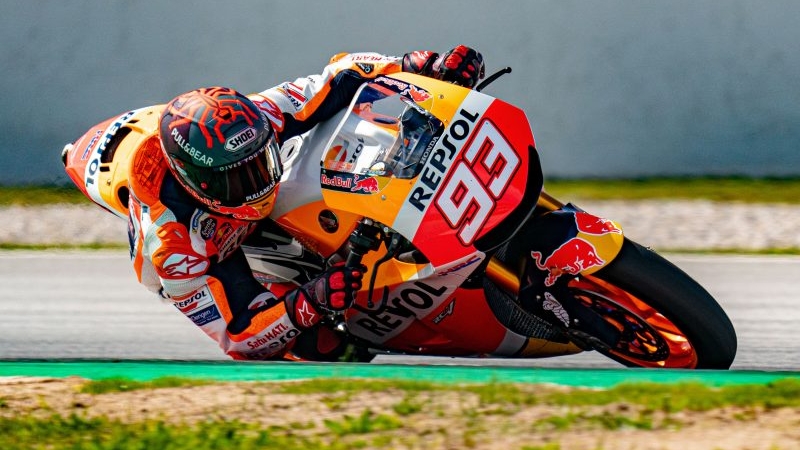 Marc Márquez is ready to get back on the Honda. He has the medical discharge, the feelings and the desire. And he has already summoned fans to attend his return in less than a week, when the Portuguese Grand Prix is ​​held. “I’m very happy! I visited the doctors and they gave me the green light to return to competition. It has been a difficult nine months, with moments of uncertainty and ups and downs, and now, finally, I will be able to enjoy my passion again. See you next week in Portimao !! ”, the athlete wrote on his social networks.

The Repsol Honda team rider suffered an accident in July last year in which he fractured his right humerus and has since suffered an ordeal due to injuries derived from that first fall. Almost nine months later, the Catalan has received a medical discharge. Four months have passed since the last intervention, at the Ruber International Hospital in Madrid, where he underwent surgery for a pseudoarthrosis with infection in the same bone in his right arm. It was the third operation in the area after suffering a second stress fracture just a few weeks after the first.

Although the official statement of the team does not go beyond the medical part after the last review this Friday, Márquez is expected next weekend at the Algarve international circuit, in Portimao, where the Portuguese GP, the third in the calendar of the MotoGP World Championship 2021. This is what he himself expressed in a message broadcast on social networks. The pilot from Cervera (Lleida) considered competing in the first race of the year, held on March 28 in Qatar, also the scene of the second World Cup event, but he preferred not to rush. The last report of the doctors who operated on him invites, now yes, to optimism.

I’M VERY HAPPY! Yesterday I visited the doctors and they gave me the green light to return to competition. It has been 9 difficult months, with moments of uncertainties and ups and downs, and now, finally, I will be able to enjoy my passion again!
See you next week in Portimao !! 😁😁✊🏼 pic.twitter.com/Z9Wqn0PEjD

“In the review, a very satisfactory clinical evolution was found, with evident progress in the bone consolidation process. In the current situation, it is considered that the patient can return to competition, assuming the reasonable risk implicit in his sporting activity ”. In other words, Márquez will take no more or less risks than any other rider on the grid when he returns to riding his motorcycle at 300 km / h. That is the certainty I wanted to have in order to make the decision to return.

In mid-March, the six-time MotoGP champion already did two days of private tests at the Montmeló circuit and, precisely, at the Algarve circuit. It was tested with a Honda RC213V-S, the street sports car that most closely resembles MotoGP. He spent many hours riding the bike and the feeling was good. In fact, for many of his rivals the surprise was to note his absence in those first two races at the Losail circuit (Qatar).

The first two grands prix were won by Yamaha riders: Maverick Viñales was the winner at the Qatar GP and Fabio Quartararo at the Doha GP. However, it is the French rider Johann Zarco, of the Ducati Pramac team, the leader of the championship thanks to his two second places in both appointments.