More than 15 years have passed, but the backpack is still on the back of Marcos Ariel Hourmann (Buenos Aires, 61 years old): he is the first doctor sentenced in Spain for euthanasia and the label is heavy. “It was an act of love,” he repeats over and over again. For humanity. To end the suffering of a terminal patient and her family, he insists. In fact, the 82-year-old’s children never accused him or testified against him. “He only did what we asked him: that my mother did not suffer,” the son told EL PAÍS in 2009, four years after the woman’s death. But the doctor was denounced by those responsible for the Mora d’Ebre Hospital (Tarragona) where he worked and, from that moment, recalls in his book Die living, live dying, “An act of love would turn into a nightmare”.

Hourmann never entered jail: he agreed with the Prosecutor’s Office to plead guilty to reduce the prison sentence from 10 to one year – no criminal record, does not enter prison – and not be disqualified as a doctor. During the judicial process, he went to the United Kingdom, where he practiced until the British tabloids discovered his case and nicknamed him Doctor Doom. In 2010 he returned definitively to Spain and today he combines his work as a physician in the covid health control of the El Prat airport and home emergencies in Garraf, south of Barcelona, ​​with a tour of Spain of his theatrical work I will celebrate my death, where he is exposed to the verdict he never received from the popular jury.

Precisely, the approval of the euthanasia law in the Congress of Deputies last December caught him acting in Valladolid. With his heart in a fist and “a contained happiness”, he affirms, he took the stage that day to tell his story again while Spain took the first step to decriminalize – in the cases specified in the new law – the crime for which he was convicted. The rule, he says, gives him peace of mind, but he is also concerned about how the population will receive it.

Question. How it all started?

Answer. With Carmen, a patient who came when I was on duty. She had several serious illnesses and she asked me to die, she did not want to suffer anymore, much less see her daughter suffer. I did not heed the mother’s request. I tried to carry it on until I couldn’t and I told the daughter that she had to be sedated because the medical situation was irreversible. I sedated her and after 40 minutes my daughter called me again, [para decirme] that she couldn’t take her mother’s suffering anymore, that she do something. And there I decided to load the potassium chloride and end the life of the patient. I did a writ of euthanasia. Listening to the request of something that was unbearable in a situation of incurability rather than terminal. The greatest act of love I did in my life turned into a nightmare, in the tsunami that swept through our lives. 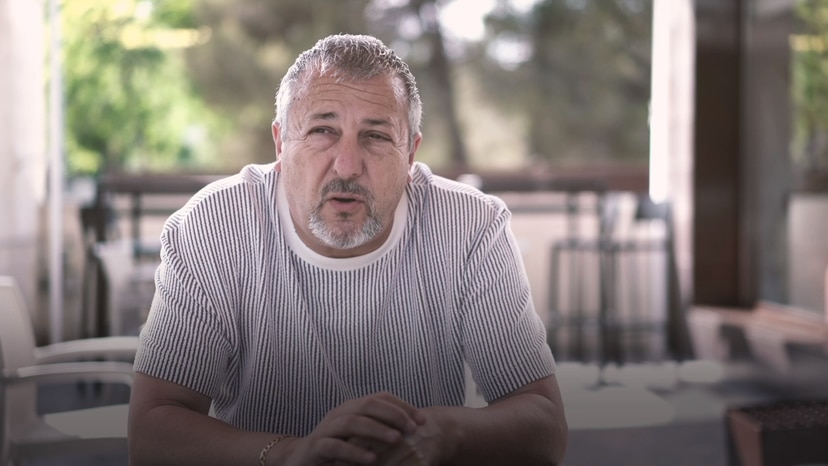 Marcos Ariel Hourmann, during his interview with EL PAÍS.Gianluca Battista

P. Did you have any doubts before doing it?

R. No. I didn’t even think about it. It was not a premeditated act. When I returned that second time, I found that daughter’s face and I didn’t think of anything else, nor did I think that everything that happened to me was going to happen to me. It was a human act. You do not have to suffer a single second more, there is nothing to do.

P. Why was it recorded in the medical report?

R. It is a consequence of what I said before. By putting the potassium I didn’t think I was committing a crime. I know perfectly well that it does not get that way because if you load it in high doses and apply it as a bolus [una infusión directa, sin diluir], causes instant death. I did it as a consequence of thinking that I did not have to suffer anymore. I load him the potassium, I do it and I write it because I do not consider at any time that I have to hide, or lie. I was doing the best human act of my life and it was the sentence of my life.

P. What memory do you have of that time and all the judicial process that followed?

R. What has hurt me the most is the injustice of all this. It is unfair, even if it is in the law. I know that I committed a crime, that this cannot be done, but it is still unfair. I did not kill anyone and I am convicted as a murderer. That title hurts, it’s heavy. I have never considered that.

P. Do you regret having done it?

R. I do not regret it, but I would not do it again. That doesn’t mean I would change a hair of what I did, but if I had known this was going to happen to me, I wouldn’t have.

P. What is going through your head now that a law is about to come into force that decriminalizes the crime for which you were convicted?

R. I have many doubts. We’ll see what happens to the law. We will see if the doctors measure up in these circumstances, if the registered objectors do not infect those who want to do it, that does not happen as with the abortion law. That is my big question. Time will tell what the application of the law will be like, time will tell if in a hospital, Dr. Díaz makes a euthanasic car with all the conditions that the law says, and they do not stigmatize him as Doctor Death, as they called me. my. There are many questions and the application is not going to be easy.

P. Will you be an objector or would you do it again with the law?

R. I would do it with the law, of course. I would do it, although there is one aspect of the law that I do not like: the evaluation commission after the euthanasian act [la comisión de garantías tiene que verificar, en el plazo de dos meses, si la prestación de ayuda a morir se hizo de acuerdo a los procedimientos de la ley]. This can create many doubts. Why is there a post-review? What do you want to check? A missing piece of paper? I am very against the evaluation commission after the patient passes away. I prefer to fight with the living patient, who is my defense. But when the act of helping that person die is done, let it all end there.

P. Are professionals prepared to accompany the dying?

R. No, we are not prepared to accompany death. But not only the health world, but also families: there is no talk, no one is prepared to face something that is the only truth of this life. I am very calm from the law because I know that when something serious happens to me, I will not wait to be decrepit. The law gives me peace of mind, it gives it to those of us who think that we do not want to go all the way.

P. You speak in your book of dying well. Does this law help that?

R. The law helps, it is a first step to die better, for those who want to die like this. It has cost, but it is very positive within what was expected.

P. What is missing to have all the needs covered at the end of life?

R. That I care what happens to you. That I really care. The system has to love and understand you, and not just operate you with the best robotic surgery. It is necessary for someone to listen to the patient when there is nothing to do.

P. Opponents of the law demand, instead of this rule, a good palliative care law.

R. Palliative care has a function and is not in conflict with an end-of-life law. The palliative are so that before the end of life you do not suffer, you do not have symptoms that make your life unbearable. The palliatives run parallel to the law for a time. They do not oppose it, nor do they inhibit it, nor do they disable it. They have to be twinned at the end, when for the patient there are no palliatives that are valid and he asks to die, that is where the euthanasia law has to join and twin.

P. Do you think there will be many requests?

R. I do not know. But the number does not matter: if there is one who needs it, it is enough.

P. And objectors? Will there be many?