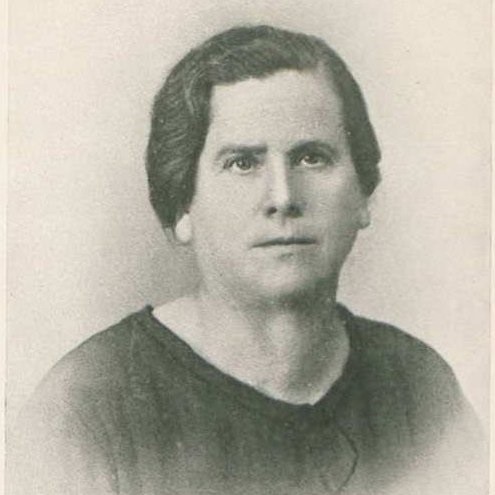 Part of the human remains exhumed in January from the civil cemetery of Fuendejalón (Zaragoza, 817 inhabitants) already have a name: they belong to María Domínguez, the first democratic mayor of Spain. DNA tests just found it. In the Second Republic, Domínguez was the first mayor of Gallur, also in the province of Zaragoza, until she was assassinated by the rebellious side on September 7, 1936. The Citogen laboratory has reported this Tuesday that the unearthed bones are, with a 94 % of reliability, those of the woman retaliated by the side of General Franco.

To identify them, the laboratory collated the samples with the DNA of a great-grandson of María Domínguez’s sister, Juan José Espligares, and with a great-nephew, José María Lostes, who is 88 years old and resides in Malaga. Espligares was the first to whom Citogen communicated the results. Then it was the turn of Pilar Gimeno, president of the Association of Relatives, Friends, Murdered and Buried in Magallón (AFAAEM), the organization that promoted the search for the remains together with the Fuendejalón City Council and the ARICO Memoria Aragonesa association. “I am very happy with this news because when the graves are closed, the pain in the families ends,” said Gimeno.

Identifying the remains does not end with genetic analysis. In a statement, the Government of Aragon has pointed out this Tuesday that in the coming days the General Directorate of Cultural Heritage will complement the information obtained with a historical and anthropological analysis of the mayor in the coming days, and that the collaboration with the memorialistic associations to exhume other bodies from the graves of the Civil War.

María Domínguez was born in the Zaragoza town of Pozuelo de Aragón, in 1882. She became a teacher in Zaragoza and worked in various destinations. She was a socialist, a republican, and a feminist. He wrote treatises on the rights of women, which he collected in part in the book Women’s opinions, and also gave lectures on the same issue, in addition to the education of children. He gained prestige as a lecturer and also, from 1916, wrote in the newspapers Ideal of Aragon, New Life The The country. Already in the 1920s he settled in Gallur and there, after resigning the full City Council in 1932, he chaired the management commission that took over the municipal government. Thus, she became the first woman to govern a City Council in Spain.

After the military coup of July 18, 1936, she took refuge in her hometown, where she was betrayed and imprisoned. On September 7 she was shot in Fuendejalón (Zaragoza). A few days before, her second husband, Arturo Romanos, a socialist and Gallur neighbor, had also been assassinated in Tabuenca.

An oral tradition in the area pointed out that his remains had been buried in a grave in the Fuendejalón cemetery. The Government of Aragon, at the behest of AFAEM, took charge, ex officio, the location and exhumation of his remains. On Friday, January 29, preliminary surveys were carried out to locate the grave and, after finding it, the woman’s body was exhumed from it, with a fatal bullet hole in the skull, which has turned out to be that of María Domínguez.

The first vice president of the Government, Carmen Calvo, has celebrated the recovery of the remains of María Domínguez, whom she has described as a great socialist and feminist fighter. “He deserves recognition and that we vindicate his legacy,” he said on his Twitter account.

María Domínguez Remón was mayor of Gallur, Zaragoza and 1st woman at the head of a democratic City Council. Great socialist and feminist fighter, assassinated in 1936.

Yesterday he appeared with a shot in the neck in a grave in Fuendejalón. He deserves recognition and that we vindicate his legacy. pic.twitter.com/I0hBbSjFs7

The lawyer Eduardo Ranz, a specialist in legal processes of historical memory, celebrates what he calls victory for democracy and memory, but points out that this process has not started from an action of justice, but from a decision in the administrative sphere. “The families have to find their lives and contact to carry out the extraction and forensic practice.” And he adds: “There is not a single case in Spain that has prospered in criminal proceedings. We still have a lot to improve ”. The historian Esther López Barceló, an expert in historical memory, points out that the duty of investigation is not fulfilled: “We have normalized that murders committed in a Franco regime are not investigated. It is a democratic anomaly ”.

Along with the now-identified remains of María Domínguez, a comb, four hairpins, two buttons and the remains of sandals were also found. In addition, the body of a male with a shattered jaw appeared, presumably also due to a gunshot.

The will of the members of the family of the first mayor of Spain is to bury her in the same Fuendejalón cemetery, where in recent years tribute events have been held in her memory.