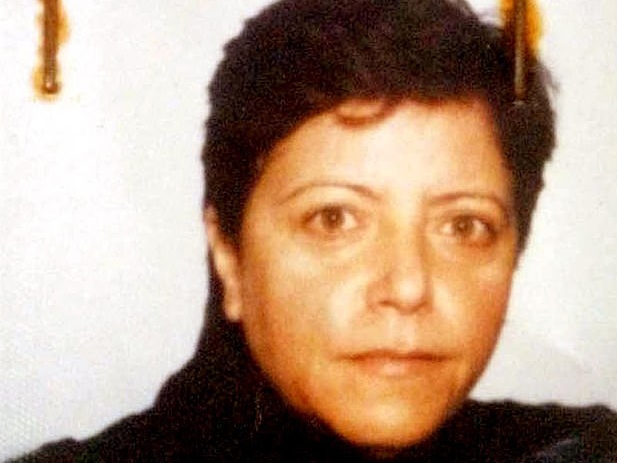 The Italian police have arrested Maria Licciardi, one of the most powerful women of the Neapolitan camorra and head of an important clan, at the Roman Ciampino airport, when she was about to travel to Spain. The woman, an old acquaintance of the Italian justice and who has already passed through prison in the transalpine country, was about to deliver her suitcases at the check-in counter, before boarding for Malaga when she was arrested on Saturday morning, without putting up resistance. A daughter of his resides in the Andalusian city and the investigators also believe that she was going there to manage businesses possibly related to drug trafficking.

She is accused of belonging to a mafia association, extortion, lifting of assets of illicit origin and manipulation of bids, crimes increased by the aggravation of the mafia purpose included in the Italian law.

Prosecutors maintain that Licciardi is the head of the powerful clan that bears his surname and that she herself founded in the eighties together with her brother Gennaro, alias ‘La scimmia’ (the monkey), one of the historical leaders of the Camorra. Its headquarters are in the Secondigliano neighborhood, a peripheral and very degraded area of ​​Naples and the epicenter of the drug market. Maria, 70, known by the nickname ‘La Piccolina’ because of her small stature, had risen up the rowdy family’s organizational chart to the highest level after her brother’s death in prison in 1994. First, she shared power. with her other two brothers, Vincenzo and Pietro, until she was arrested in 2001 and when she was released in 2009, she took the reins alone and took full control of the clan.

After her first arrest, after two years as a fugitive, in the neighborhood where she had lived all her life, the police considered that she had dealt a definitive blow to the clan. “It can be said that he has been beheaded,” said a commissioner. But instead, the organization managed to keep operating and she managed to rise to the top of the criminal structure.

Among his main tasks, according to the police, was the group’s accounting and he was also in charge of supporting the families of the gangsters who are in custody, a matter that he made one of his priorities. The objective behind this strategy is to satisfy its acolytes and keep the criminal group compact, without deserters or regrets who could collaborate with justice and uncover their plans and ins and outs.

The Camorra controls the territory thanks to a large number of sentries who spy on the movements of law enforcement officers. This system allowed Licciardi in the past on several occasions to rush out during police raids and escape arrest. It happened, for example, in June 2019 when he managed to slip away from a large raid that resulted in more than 100 arrests.

He also has great respect among his peers in organized crime. Under his baton and unlike other clans, which often fight bloody wars with rivals, the Licciardi have maintained non-belligerent relations with other powerful criminal organizations. From the Di Lauros to the Mallardos, from the Vanella Grassi group to the powerful Polverinos, there is no known conflict within the Camorra with the Licciardi, which, on the other hand, allows them to operate with greater autonomy and discretion.

The presence of women at the head of the Sicilian, Neapolitan and Calabrian mafia clans, although not too frequent, has ceased to be a novelty.

Italian investigators have long been warning about the interest of the different mafias of the country in Spain to expand their tentacles.

The anti-mafia director of Italy until 2020, General Giuseppe Governale, has warned that the influence of the so-called Italian “Malavite” is particularly relevant in the Balearic Islands, for example, where the Camorra stands out, due to its strategic position as a link with Latin America for drug trafficking.

The prosecutor of the Sicilian capital, Palermo, Francesco Lo Voi, argues that the mafias will take advantage of the crisis caused by the pandemic to buy bankrupt companies in the tourism sector throughout the continent, particularly on the Spanish coast or in France.

A couple of days ago, the Spanish police arrested in Madrid one of the top leaders of the Calabrian mafia, Domenico Paviglianiti, who had fled from Italian justice and was hiding in an apartment in the Spanish capital. Investigators there suspect that he still had contacts after the activity he had developed in the eighties and nineties, before his first arrest.