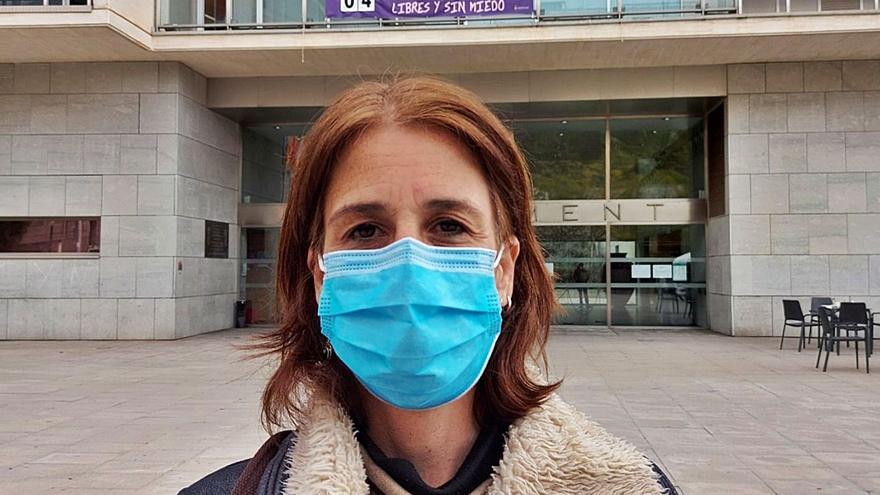 In her decades of working with battered women, in shelters, in the 24-hour Women’s Center, and after five years of talks in institutes about gender violence, Maria Marquez I had never experienced anything similar. Confess that during the boycott of the telematic chat organized by the Department of Equality of the City of San Vicente in which they were interspersed Military March, images of Hitler e insults the participants by sending them to the kitchen, With expletives like “whore,” “bitch,” and words of contempt, he was especially afraid of how the survivor would be affected. A woman who was going to tell her journey from the timid beginnings of the abuse she suffered to discovering herself as a victim and having feared for her life. But the one who was a victim of gender violence “grew up” in the face of the unusual situation.

What was the workshop about?

The Department subcontracted my company, Filias Desarrollo Comunitario, to do some workshops that ended up being telematic. It was about experiential gender violence, I participated with my partner, a survivor of gender violence. Throughout its history, people were going to be able to participate and ask questions, and from my position as a social worker I was going to coin the concepts and patterns that are suffered. The important thing was his story. And how her decisions have been helping her. Being told the story is a way of empathizing. The message I wanted to convey is that you can go out. And very successfully.

But he didn’t say anything.

Just to make an introduction. There was a deafening sound, military marching music. I thought there was a mistake, that something had crept in. Suddenly people began to add, from 7 participants to 40. Images of military parades appeared, of Hitler … In the chat the insults began: “You daughters of a bitch”, “Go to wash at home” … All related with machismo. It was the Civil Guard agent for gender violence who was in the workshop who warned us that they were boycotting us and we disconnected the session.

What did you think?

I was surprised, amazed at a situation of such aggressiveness and violence that the victims were very discouraged. Right away I had a feeling of great concern towards my partner. I thought this could be a step backwards. This talk was born from a project of professionals who are dedicated to gender violence, aware that technical information does not arrive as much as the experiential information, the one told in the first person. I knew my partner as a victim. I know the process you have been through. She is very prepared, but living in this situation I thought how hard it must be to go through that.

How did it affect the survivor?

She grew up. He told me “go for it all.” That it was necessary to file a complaint and do everything possible to give visibility to this.

And they have denounced.

Filias Desarrollo Comunitario reported him to the Civil Guard for a hate crime and threats. From the first moment we have the support of the City Council.

Have they given up offering the boycotted workshop?

It will be recorded for the record. We are seeing how to do it.

Do you draw any conclusions from this situation?

I hope this makes it clear how necessary these types of workshops, talks, training are in all areas. In my opinion, little is invested in training, information and prevention against violence. The only way to prevent it is through information, to know how the processes of gender violence work. And know that it can happen to anyone. And if they tell you in the first person you can recognize yourself.

How do these processes of gender violence work?

They are very subtle. There are clear repeating patterns. But you don’t identify yourself. The survivor says that when she arrived at the women’s reception center, they told her that she was a victim and she denied being such a thing. She has needed a lot of professional help to feel identified as abused and has been given the tools to get out. In the talk we were going to talk about the difference between victim and survivor, which is the one who has learned that what happened is not his fault and that it can happen to anyone. Gender violence is the height of inequality. If a man insults you or hits you the first day you meet him, you leave. But abuse is a time process in which it annuls you as a person. It takes you away from your friends and family. Until in the end you only have him.

How do you get there?

A relationship of inequality can lead to a relationship of gender violence, it comes from learned roles, from romantic love. They tell us to look for our better half, that love saves everything, that if we make an effort the beast will be a prince. In adolescence they can confuse jealousy, absolute control, with an act of love.

Can there be a setback and there is more gender violence now?

I do not think it has gone to more. Thanks to the law and information is more visible. It can give the feeling that there is more. But in previous generations it was older.

How can machismo be prevented?

With the equality training of children from an early age.

How do you respond when told that violence is genderless?