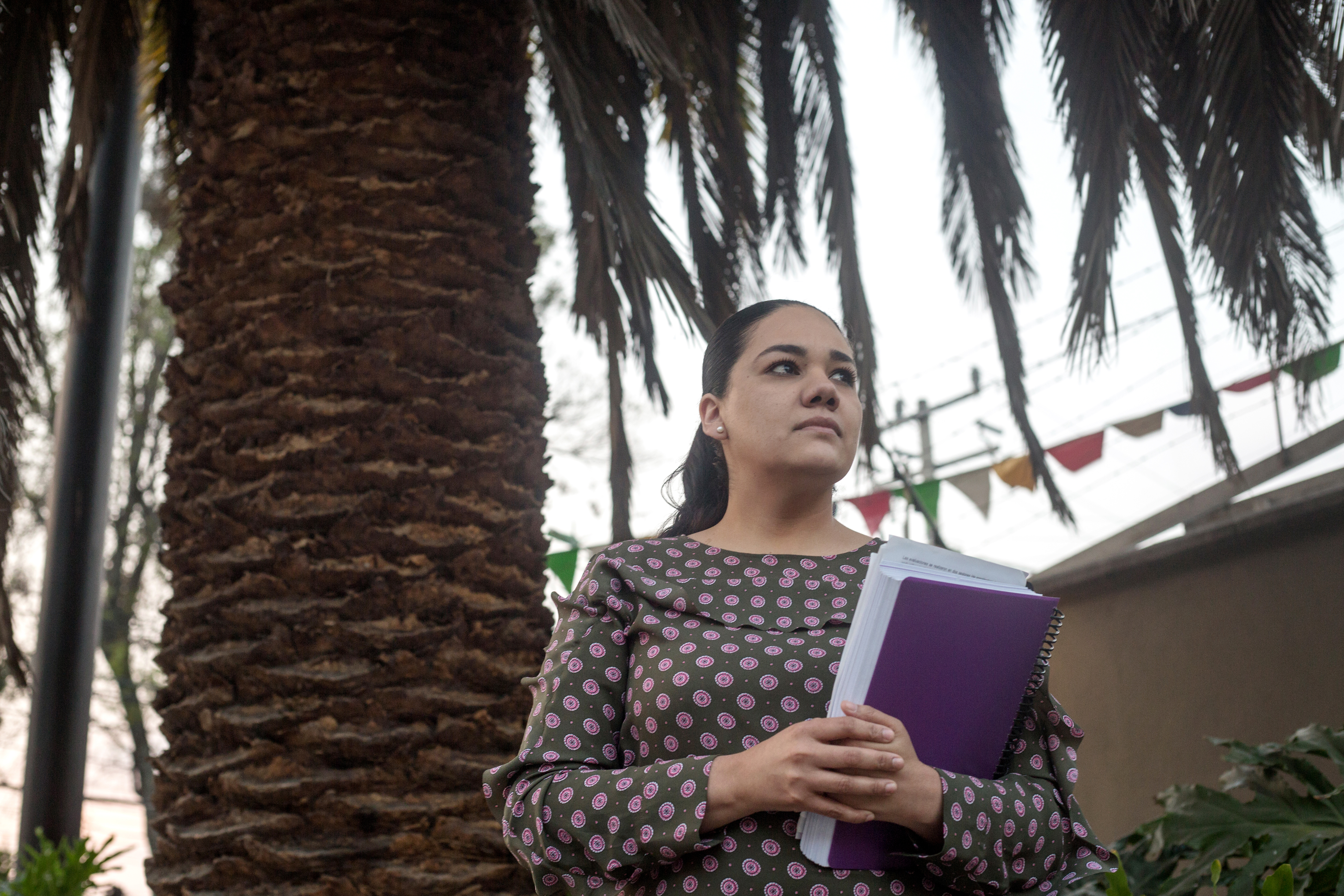 “He did it to me a thousand times, many times, almost my entire life.” This phrase resounds in Mariel Albarrán’s head every day. The words are from his youngest daughter. She and her sister spoke with their mother in 2019, and later with specialists, about the sexual touching that the father inflicted on them. In this assessment, carried out by the authorities of Mexico City, the girl stated that “her father did it many times” and that the minor, who was five years old at the time, presented “anxiety, anger, sadness and confusion”.

The evaluation of the Center for Therapy to Support Victims of Sexual Crimes, a unit attached to the Mexico City Prosecutor’s Office, also shows that the eldest of Albarrán’s daughters, who in 2019 was six years old, avoided the topic: “Change of conversation and anguish and anxiety are observed ”, the specialists write down. This document is part of the investigation folder of more than 1,500 pages on the alleged sexual abuse that the minors suffered at the hands of their father, the now former magistrate Manuel Horacio Cavazos López. A case to which the Prosecutor’s Office of the capital has shelved this week declaring the “non-exercise of criminal action” against the accused.

For Mariel Albarrán, the decision of the Prosecutor’s Office is one more chapter of a nightmare that began on September 23, 2019. That day, after attending a children’s party, her eldest daughter drew a doll in the jaws of a dinosaur. The mother, seeing the strokes, asked who was the person who was being eaten by the dinosaur, the girl replied that her father. His words were the beginning of a confession about the sexual touching of which he was a victim, a story to which his little sister joined hours later. “The minor was afraid to say what happened because she felt she was betraying her father,” says Albarrán tearfully.

A lawyer by profession, Albarrán met Cavazos López in the corridors of the National Institute of Criminal Sciences in 2010. He was her professor in the specialty she was studying. Two years later they were married and that same year the eldest of their daughters was born. Albarrán says that the illusion of his marriage was blurred with the first signs of control by Cavazos López. During the seven years that her marriage lasted, she assures that “she never had a voice or vote” and was the victim of a psychological violence that she never imagined would reach her daughters the way it did.

In retrospect, Albarrán recognizes that, since then, certain gestures of her ex-husband seemed disproportionate to her. “He was overprotective (with the girls), he was very involved, he fought me to the point they were going to wear. He had a bed made in the playroom, he received them every day with roses, and as a mother there is a hunch that tells you ‘this is not right’, but you resist imagining other things ”, she says.

His daughters have been recounting the sexual abuse they suffered in their own home, while Albarrán worked. The touching, he says, continued after his divorce, in April 2019. Cavazos López, says his ex-wife, took advantage of the weekends that his daughters were in his care and the moments before he took them or picked them up from school . “He is a monster, what father attempts against his children?”, He assures with anger in his voice and his eyes filled with tears.

After the first confession of the minors, all the disconnected signs that he had noticed in his daughters have made sense: the headaches, their anger and constant changes in mood. A complex situation, admits Albarrán, due to the ambivalence that the minors felt by not wanting their father to go to jail. Over time and after months of therapy, she affirms that the minors have little by little regained their confidence and joy.

During these months of legal battle, the 33-year-old woman has been denounced three times by her ex-partner for falsehood and family violence. Cavazos López’s defense attorney, Gabriel Regino García, maintains that Albarrán is lying and assures that his accusations are due to his disagreement with the terms of the separation. “There is a couple dispute that has grown due to coexistence and economic issues and at the moment in which the legal battle begins to be lost, a complaint for false acts of sexual abuse breaks out,” he says.

Regino García denies that there has been influence peddling in favor of the former magistrate and affirms that the testimonies of the minors in the interviews with the specialists as well as the audios that are part of the investigation folder were induced by the mother herself. “She (Albarrán) is on a slide from which she can no longer get off because then she would look like a liar. It was a stubbornness that he had, it got out of hand, he became contaminated with the activism of many groups and he cannot get off this train that he is on ”.

The defense of the lawyer qualifies as a victory for the minors the recent resolution of the Mexico City Prosecutor’s Office in which it establishes that criminal action will not be brought against Cavazos López “considering that there is no evidence to make an accusation before a judge of control ”, refers the capital authority through a statement published on March 13.

In a country where various organizations have indicated that only in 11% of the cases of violations an investigation folder is opened and of these only 2.4% results in a sentence, Albarrán has received with astonishment and indignation the resolution before a Investigation folder containing psychological evaluations, statements of the girls before the Public Ministry and specialized psychologists, and audios in which they narrate the attacks to their mother. However, one of the points for debate lies in the medical expert evidence, because the temporality reflected in these opinions does not agree with the report of the facts. For the mother, these discrepancies and other irregularities in the case have only one explanation: “Corruption, influence peddling and protection for the aggressor.” She assures that her ex-husband, who was a magistrate of the Superior Court of Mexico City, still has many friends within the Judiciary and that this has tipped the balance in his favor.

“Why did this happen to us?” Asks Albarrán every night. Despite the bucket of cold water that the decision of the Prosecutor’s Office implies, she will challenge the resolution before the Superior Court of the capital. “They will not intimidate me in this search for justice, I will go to the end. There is no pain that is enough for what he did, but he has to bear the consequences of what he did, ”he ditch.

After 18 months of legal battles, comings and goings with legal advisers and intimidating messages from her ex-husband’s lawyers, Albarrán adds that the worst is yet to come. At the moment, what worries him most is how they will grow when they become fully aware of the abuses of which they were victims. “Because of their young age, they do not have information about what a rape is, all of this, they are going to have therapy for life, but I have faith that they are going to resignify the fact, that they are going to say: ‘my mother believed us, my Mom did not stay with her arms crossed and sought justice for us ”, she concludes.