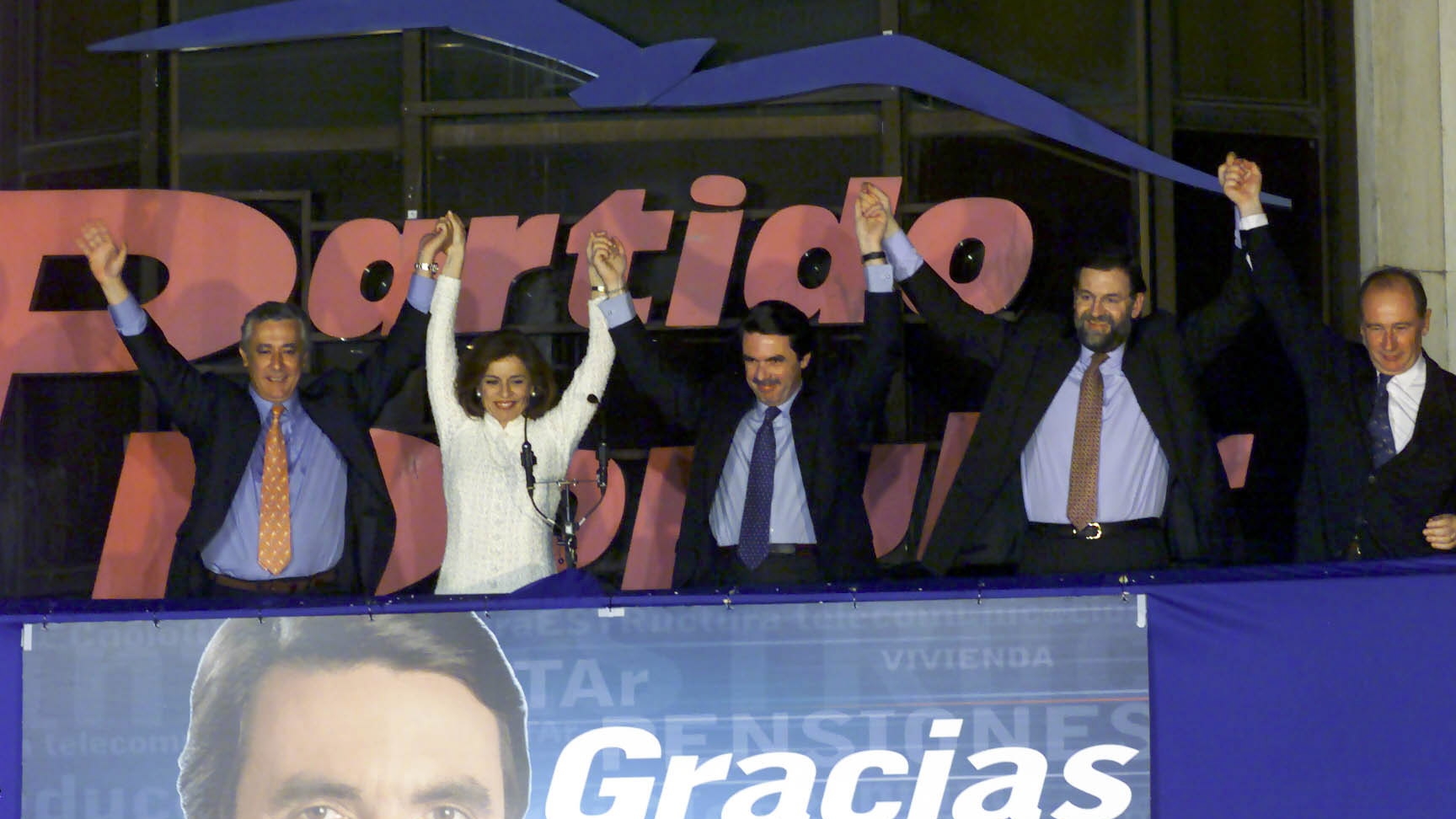 The famous balcony of the PP headquarters never existed. Every time José María Aznar won an election and wanted to celebrate it with his supporters gathered at the gates of number 13 of Madrid’s Genoa Street, he would leave his office on the seventh floor, take the elevator to the first floor and, through a A large window next to Esperanza Aguirre’s office led to a marquee where only eight or nine people could safely stay. A greater number of egos on the precarious structure was risky, but nothing compared to not being in the photo. There were happy nights when luck was tempted, but nothing ever happened. The danger was within.

On the sixth floor, exactly, just below the last, the noble one, where neither José María Aznar first nor Mariano Rajoy later dared to use Manuel Fraga’s office, which remained uninhabited for decades, with some paintings in place and others on the floor, some books on the shelves and others in half-open boxes, as if the founder was about to leave or arrive, a kind of involuntary homage to his origins. On the sixth floor, however, everything worked like clockwork.

PHOTOGALLERY: Farewell to the central headquarters of the PP on calle de Génova, 13

For years, oblivious to the electoral ups and downs, some senior party employees were writing down in neat accounting books the money that the businessmen brought and the money that the politicians collected so that the machinery of power and business was always well greased. According to the account of former treasurer Luis Bárcenas, between 1990 and 2009 countless businessmen paraded through the headquarters of the PP. The mechanics were simple. The owners of the construction companies or their trusted men arrived with large amounts of money in envelopes that the manager or the treasurer kept in a safe. Later, that volume of money b was divided into items of less than 60,000 euros to pass them off as anonymous donations, permitted by law, which later entered a bank located on the same street in Genoa, but across the street, right next to the National Court. In the boom years, that was a non-stop. The activity of Bárcenas counting bills evokes the scene of Groucho playing a fireman in The Marx Brothers in the West: “More wood…!”.

You just have to connect the dots. The number 13 of the street of Genoa was the lucky number during the prodigious decade of the PP. That building in the heart of Madrid became the symbol of the success and power of a party that, between 1996 and 2004, won two consecutive general elections, in addition to the regional and municipal elections in Madrid. It was just then, in 2006, when the PP bought from Mapfre for 36 million euros a building in which it had already been installed for rent in February 1983. During the following two years -from 2006 to 2008-, the architecture office Gonzalo Urquijo carried out the major renovation of a 10,243 square meter office building and three garage floors with capacity for 140 vehicles. Luis Bárcenas made an agreement with the architect: a part of the works would be paid in exchange for a 10% reduction in the final price. The operation was perfect for both parties, especially if you never met. There is a video recording of June 20, 2008 in which Ángel Acebes, then secretary general of the party, dismisses former treasurer Álvaro Lapuerta with honors: “With the purchase of our national headquarters in Genoa, 13 we have gone from being the tenants of our national headquarters to be its owners. We finally have our own home. A house that we have also renovated from top to bottom, comfortable, spacious, modern, and above all we leave the party in the best financial situation in its history, practically without debts, with an income that exceeds expenses and with money in the box … ”. In the images you can see how Bárcenas, who had just been promoted from manager to treasurer with the retirement of Lapuerta, moves restlessly in his seat.

It didn’t take a year for the situation to go wrong. Bárcenas was charged in the Gürtel case —The investigation started in 2007 on the corruption network linked to the PP — and its prestige in the PP fell three floors at once. He lost the office he enjoyed on the sixth floor – just below those of President Mariano Rajoy and the Secretary General, Dolores de Cospedal – and asked that at least they leave a space for him on the third floor, along with his friend Javier Arenas. There he went with all his belongings while his world collapsed.

Francisco Correa, the leader of the plot, admitted before the judge that he paid the bites directly to Luis Bárcenas, because he had “a special card to enter Genoa through the parking without having to go through the scanner ”. Also through the garage – located in the discreet street of Zurbano – the commissioner José Manuel Villarejo entered one night in June 2009 to meet with Dolores de Cospedal and try to find a solution – in b, of course – to the fall into hell of the Popular Party. What came after is already known.

Genoa, 13 will remain in the memory of the militants of the PP. Aznar and Rajoy celebrated their triumphs there by going out the window. Pablo Casado tries to escape failure by going out through the cat flap.