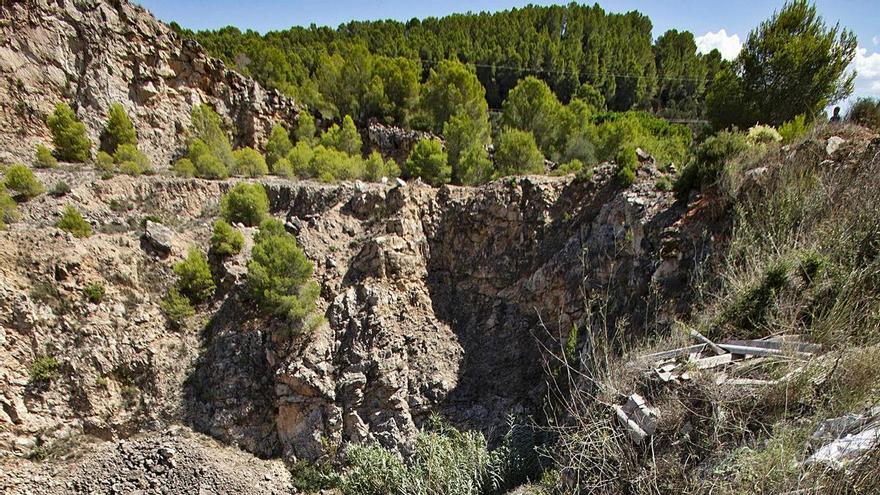 Exactly 22 months after the murder of Marta Calvo, Perpetrated on November 7, 2019, the recovery of his body, at this point almost more important to give (some) rest to his mother than to increase the burden of proof against his alleged executioner, Jorge Ignacio PJ, seems closer than ever. All efforts are currently focused on a large ravine near the Font Amarga de Castelló, about 60 meters deep and wide, which has been used as a dump and illegal landfill for decades. Why? Because the alleged serial killer walked through that area for three hours the morning after the murder, but hid it from the Civil Guard, which has now found out, after a complex analysis of the positioning of their mobile phones. Three hours that can now be crucial to solve the great pending issue: recovering Marta’s body

Thus, the new search, this time in an area much closer to Manuel’s house —only three kilometers, in fact— where Jorge Ignacio PJ supposedly killed the young woman from Estivella, could be the definitive one for find the remains of the body and definitively dismantle the string of falsehoods that the defendant released to the Civil Guard for five hours, in a statement full of lies and with some half truth, armed and thought over the 21 days that he remained on the run from Justice until he surrendered, at dawn on December 4, 2019 at the Carcaixent barracks.

The joint team formed by the Homicide group of the Valencia Civil Guard and that of the Central Operational Unit (UCO) has repeated over and over again in their reports to the court that they did not believe the suspect’s version. At the time, he defended (and continues to do so) that Marta voluntarily used cocaine and became ill. That he let her sleep and that when he woke up at noon on Thursday, November 7, he found her dead and cold by his side. He was scared and his only idea was to dismember her.

At that time, no one knew yet that he had two more deaths behind him: that of Arliene Ramos, in April of that year in a whorehouse in the Plaza de Cánovas, in Valencia, and that of Lady Marcela Vargas, two months later, in June, in another flat frequented by prostitutes on Avenida de la Plata, also in Valencia.

Marta, the tip of the criminal iceberg

In fact, the police and judicial investigation into their adventures has brought together, in addition to the three fatal cases, eight more in which as many women with whom he arranged sexual encounters They have told what seems to be their modus operandi: the administration of cocaine in large quantities without them realizing it with the presumed purpose of seeing them convulse to death. This is how the Civil Guard describes it in its reports and the accusations in its writings to the court based on the evidence gathered so far against the accused.

But, that December 4, all that information was still to be revealed, so Jorge Ignacio PJ was able to spit out his sweetened version. And he detailed it, in the points that were convenient for him so that the Civil Guard could easily check them, with millimeter precision. He emphasized where and when he got rid of the girl’s personal effects — her purse, cell phone, and her clothes; where and when bought the garbage bags, the saws and the plunger; in how, when and where the body was dismembered; in how you distributed the fragments and in what bags “Nine, he said,” in what order he took them out of his house and where and when he distributed them in Silla and Alzira containers, which he even pointed to the millimeter on a map.

Thus, from noon on Thursday, November 7, until 6:00 p.m. on Thursday. Nevertheless, he was not able to point out those abandoned houses and those streets in which he said he had been living poorly for 21 days Nor did he clarify why that night he arrived at the barracks unpolluted and with clean clothes — except for the bottom of his pants, opportunely stained with mud. There were memory gaps there.

The first steps of the investigation served to corroborate the points set on the map from the geolocation of their mobiles and the cameras of the three stores where they bought (a supermarket, a hardware store and a DIY multinational). A rather surprising ‘catch’ on a professional criminal with two convictions for drug trafficking and a long stay in an Italian jail.

But things soon began to not marry. He did not know it, but the waste collected in Alzira ends up in the Guadassuar treatment plant, one of the most modern and advanced in Europe. Sorting for recycling is fully automated, so there is no room for human error. And the tapes do not accept any object less than 10 centimeters. Jorge Ignacio expanded so much in his attempt to convince that he went on to detail that one of the three bags deposited in the Alzira container contained part of the thorax, so the agents knew from that moment that he had lied, since that rest could never have past the filters of the Guadassuar plant.

On December 16, 2019, with the suspect already detained, the inspection of Manuel’s house arrived. The defendant claimed to have dismembered Marta on the shower tray in the bathroom on the ground floor. The Criminalistics specialists dismantled the entire floor of the toilet. And from the rest of the house to the main drainage box. They did not find a single biological trace, something materially impossible in an act like the dismemberment of a human body.

Despite the conviction of the investigators that the suspect was lying, they began the titanic search for the remains of the young woman, dismounting and raking inch by inch the equivalent of almost a twenty Olympic pools of garbage and pressed earth in the Dos Aguas landfill, where the remaining six bags that he said he had thrown in three Silla containers were supposed to have gone.

This tracking, carried out between December 2019 and July 2020, despite the pandemic, the use of PPE under suffocating temperatures and the rain or holidays, the cost of which – which no one has paid yet – is estimated at about half a million euros, it was unsuccessful. As many of the researchers had ventured from the beginning. But you had to try.

Before ending the search, the agents opted for another route based on a very logical hypothesis: qhe would have gotten rid of the body in a much more ‘classical’ way. In other words, that he had taken the body out of the house and thrown it somewhere near the house, that he knew of his ‘runner’ moments and that he had already sighted with that intention. Because, by then, the Homicide specialists already knew that Marta had not been the first. Neither in dying, nor in taking her home and administering cocaine to the point of death. So, chances are, you already had a thought about how and where to dispose of the body before it happened. With Marta or with another.

That other way was to re-analyze thes geolocations of the suspect’s mobiles, but with a much more precise triangulation. More than a year of work by the telecommunications experts of the armed institute have revealed that during three hours on the morning of Thursday, November 7, just after the young woman died and before the series of purchases ‘generously’ confessed by Jorge Ignacio PJ was in the area of ​​the dump, a perfect place to dispose of the body. And that silenced him. Hence, the researchers have “quite a lot of hope” in this trace, which is expected to be long and complex. And, hopefully, definitive.