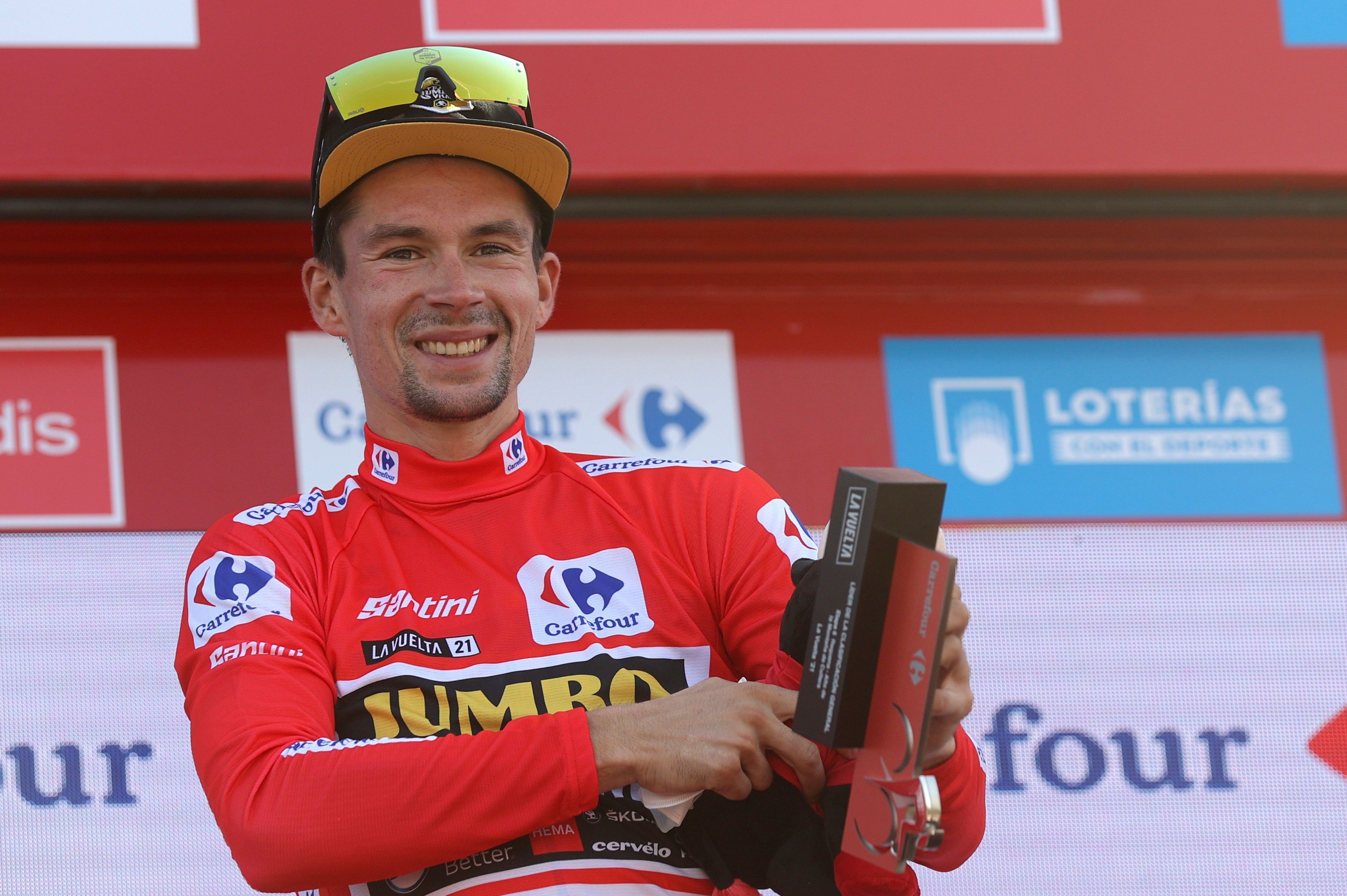 In Cullera, where a shadow is a miracle, they call a 200-meter cliff and sparse vegetation a mountain and engrave its name large on its slope, capital white letters painted on the stones, CULLERA, as if it were Hollywood, and the skyscrapers of apartments down there, where the same Júcar who was born in Cuenca mixes its brown waters with the blue of the Mediterranean, the barbarism invading the beach, Los Angeles, at least and the wide curves of Sunset Boulevard ascending from the sand towards the castle .

Blasco Ibáñez emerges from his Albufera and its barracks that the platoon borders fearing the wind and writes a novel for them, which would be the horsemen of the apotheosis, like the rejoneadores who played words with their apocalypse when bulls were the official religion. One is wearing a red leader, Primoz Roglic, another, a young white, Egan Bernal; three, in blue Movistar, the old Alejandro Valverde, the leader Enric Mas, the flying Superman López; one, in blue, Astana, the inscrutable Russian Alexander Vlasov. Among them, 53s overall. On the stage, in front, one with a pink and a big red mustache, the fast and intelligent Magnus Cort Nielsen, a Dane who is not reached by anyone, not even Roglic, unchained, in his predatory style of steep slopes.

The cyclists, the Vuelta, sixth stage, in Sueca have already woken up, at last, among the marshes (marenys), the ditches, the rice fields and the vegetables planted in the sand and caressed by the breeze, all the heritage, like the castle, of the infinite wisdom of the Arab people, who a thousand years ago built their houses in narrow streets and on the hillside, steep , and always with shade, and a murmuring and fresh fountain. And they despised the massive beach that the barbarians love and that the cyclists do not even look at when they go by at full speed, and they are guided by a happy blue rider, Imanol Erviti, who is wheeling all his Movistar, lined up next to the ditch of the narrow roads, the wind blowing, and Valverde, with a sore neck, collaborates.

Behind them, the apotheosis of the strongest of the Vuelta, selected with care and energy and with the tremendous Ecuadorian and Olympic vigor of Jhonatan Narváez and Richard Carapaz, the Ineos missiles that Egan launches on the first slope after the beach. The hitherto leader, Elissonde, is not among them. Nor is Landa, who gives Roglic 33s at the top (27s plus 6s bonus) and is 1m 12s overall. His long legs are not there from long efforts on long ascents; his kingdom is not one of short, explosive ascents, dynamite changes of rhythm, that is not his feeling, and those who have it, Roglic the first, do not even reach the ankles of Magnus Cort Nielsen, the rider in pink, who wins the stage by a sigh after having been on the run all day.

The victory of the Dane, a sprinter who in Andorra, where he lives, has learned to accelerate uphill, are two cycling lessons.

The more than 100 kilometers that he was on the run with four more helped him to start the ascent – two kilometers more or less, to the so-called mountain of Cullera, passing through the castle and the attached sanctuary, the cross always next to the wall. with a 27s advantage, a short time that someone would say he could have managed to escape at the last minute, among the ditches and tall rice grasses. Perhaps yes, but then he would arrive so asphyxiated on the slope that he would have been stuck there. On the other hand, with the distant escape, he arrived with enough strength to, as he explains later, jovially, accelerate and endure as for his ear, came the voice of his director telling him that the tremendous Roglic was approaching. “And I’m happy because I have shown that I am not only a sprinter,” says the Dane after his fourth stage victory in the Vuelta, two in 16, including the sprint in Madrid; one in 20, in Ciudad Rodrigo, after passing the covid. “And above all I have achieved it in the first week, when everyone is stronger, and that has more merit.”

The second lesson was offered by Roglic, who, after two Laps won, some failures on the Tour and in other races and many crashes, can now be said to have reached the rank of cycling master. Five months ago, arriving at La Colmiane in Paris-Nice, Roglic accelerated, as in Cullera, in the last meters to catch up with Gino Mäder, a long-term fugitive. Then, as Pedro Navaja did, the dagger mercilessly nailed the Swiss cyclist’s back, depriving him of victory and his last breath. An unnecessary victory, a free blow to Mäder, the veterans commented. Roglic had already won two stages, he was already wearing yellow, he had already shown that he was the strongest. He said that he did not understand, that the obligation of every runner was to always win. The next day, the Slovenian fell several times, was left without equipment and no one wanted to help him. He lost the race. There was no one who did not conclude that this was a just punishment for his arrogance. “Of course I remembered that, I always remember the experiences I learn from,” says Roglic, already a teacher in August, after on the road, after taking the wheel of Cort Nielsen, he did not make one last effort to win the stage . “The goal was to get through the day. I am super happy with the conclusion. I had very good legs, but he had better legs. He is a well deserved winner ”.