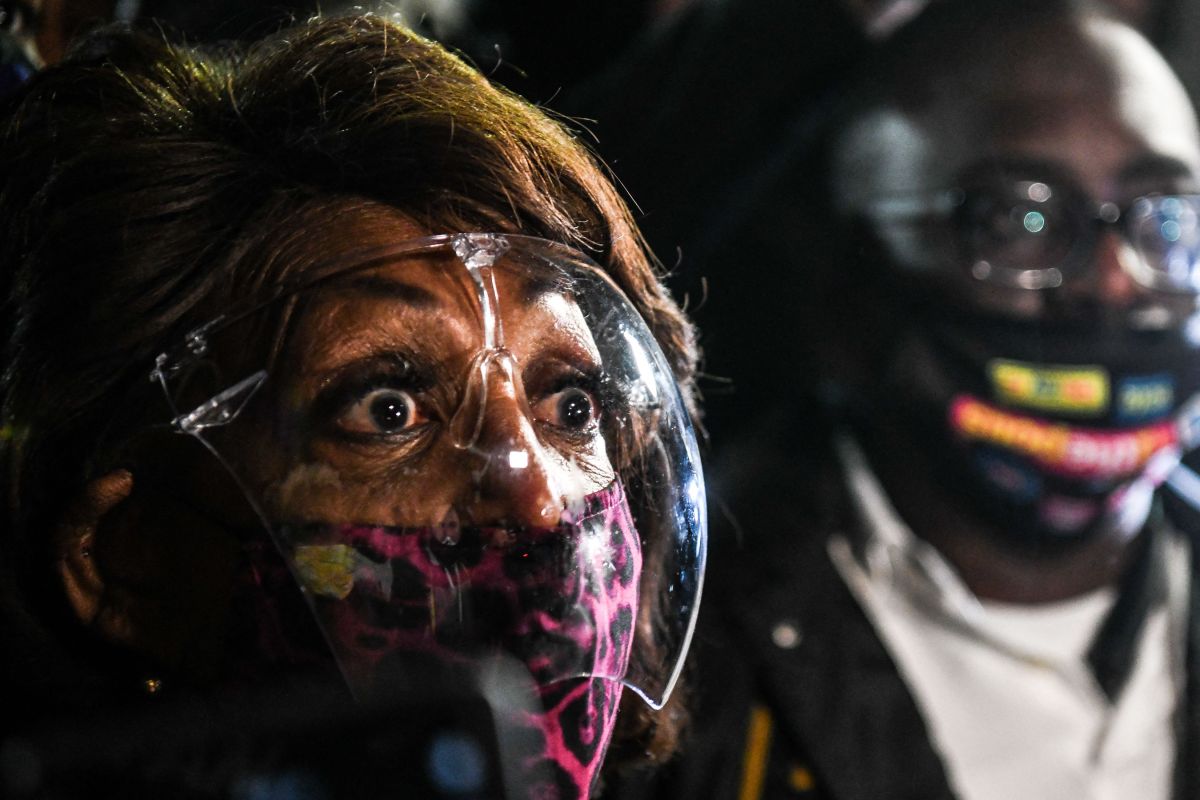 Rep. Maxine Waters at a rally in Brooklyn Center, Minnesota.

The statements of Democratic Representative Maxine Waters have shaken the trial against former police officer Derek Chauvin accused of the death of African American George Floyd in Minneapolis.

Yesterday the parties in the case gave their final arguments for the deliberation process to begin. It is expected that this Tuesday the analysis process of the members of the jury that will have to decide the future of Chauvin will continue.

However, the statements he made to the congressional press on Saturday continue to resonate in and out of the conference room. juez Peter Cahill also in social networks and in media reports.

On Saturday night, the politician asked the protesters to remain in the streets if Chauvin is acquitted. In addition, he called for more confrontational claims for racial justice.

“We have to stay in the streets and demand justice,” Waters said while participating in one of the protests for the death, also at the hands of the Police, of Daunte Wright, in Brooklyn Center.

“We are waiting for a guilty verdict and we are seeing if all this discussion that took place and is taking place after seeing what happened to George Floyd. If nothing happens, then we know that we must not only remain on the street, but that we have to fight for justice, “added the representative as quoted by CNN.

Immediately, the defense of the ex-officer asked the judge through a motion for mistrial, citing Water’s expressions as well as what was disclosed in television programs.

The defendant’s attorney, Eric Nelson, referred to two fictional television programs whose content could pose threats to the neatness of the jury trial.

The motion was not supported by the judge. However, Cahill argued that Waters’ statements could have long-term implications in the case.

The judge considered that Walters’ approaches could lead from the appeal of a verdict until the judgment is annulled.

“I must admit that Congresswoman Waters has given you something to appeal that could result in this entire trial being void,” Cahill told Nelson.

Cahill added that Waters’ expressions that he would expect nothing less than a murder conviction and a stance of being confrontational do not add to the case.

“I hope the elected officials will stop talking about the case, especially in a way that is disrespectful of the rules of law, the judicial branch and our role,” the judge advised.

“I think that if they want to give their opinions, they should do so in a respectful way and in a way that is consistent with their oath to the Constitution, respecting an equal branch of government,” added the judge.

“Failing to do that, I think, is abominable, but I do not believe that it has harmed us with additional material that could harm this jury,” he said.

In response to the controversy, Walters said on his departure from the House plenary that the judge said his words don’t matter.

Additionally, he ruled out that his opinions could be grounds for appealing a verdict.

The final arguments in the trial against Chauvin, charged with suffocating Floyd to death in May 2020, and the case awaiting jury decision.

The Minnesota State Prosecutor’s Office and Chauvin’s defense presented their final versions for about four hours in front of the jury, which from now on will have to debate the case and reach a unanimous verdict.

After hearing the judge’s instructions for deliberation, the jurors left the room. The members of the panel will be isolated in a hotel to review all the evidence presented at trial and reach a verdict.

Cahill insisted to jurors that the verdict must be unanimous and asked them to base their decision only on the evidence presented at trial. “They must be absolutely fair,” Cahill said.

He also required them not to be carried away by prejudices or that public opinion influence their decision.