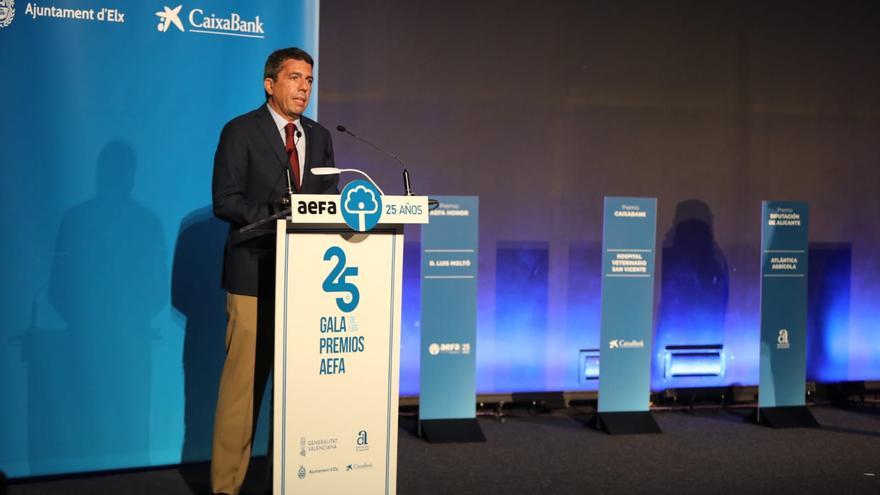 The president of the Alicante Provincial Council, Carlos Mazón, has defended this morning the conclusions of the study prepared by the Miguel Hernández University on the future Elche Conference Center “Since it is a rigorous, serious and impartial study” that shows “that things can be done with those who know and not with whims or desires of dispatch”.

In this sense, he pointed out that “I think it is quite clear that the best locations for the Elche congress center are those that the study collects and I am going to defend it ”, while he has made a call for all the institutions and the whole of Elche society to support this report, in which they are analyzed and propose the best locations for this project financed by the Alicante Provincial Council.

“I am going to continue fighting so that Elche has the best possible congress center, the one the city deserves and not the one proposed by the whim of some,” insisted Mazón, who has advanced that the Provincial Council will approve tomorrow a credit modification to increase from 50,000 to 250,000 euros the item for the drafting of the preliminary draft of this property.

“We have put the direct in the Diputación and now that we have the study we should not waste time,” said the president, who has returned to reach out to the Elche City Council “To go together in this project once and for all and we can pick up speed.” In this regard, he announced that he will shortly be in contact with the mayor of Elche, Carlos González, to “jointly analyze the study and shake hands , attending to reasons and forgetting preconceptions, so as not to waste a minute ”.

The Alicante leader has reiterated that the UMH report, financed by the Provincial Council and commissioned by the Circulo Empresarial de Elche y Comarca (Cedelco), the Association of Tourism Companies of Elche (AETE) and Elche Piensa, “It is a good study that shows that things can be done with the whole of society and, especially, with those who know what is important in these cases.”

The report prepared by the UMH has valued up to eight possible locations in Elche that have the capacity to host the Palacio de Congresos. Five of these locations are peripheral and the other three are in the heart of the urban nucleus. Based on eight criteria, a score has been assigned to the possible locations ranging from 0 to 15 points. The most valued option, that of Municipal park, has added 14 points, while the other proposals are ordered as follows: Centro-Ripoll (11 points), the Ferrández Factories (9), Portes Encarnades (8), Carrús Este (7), Plaza Castilla- Nuevo Altabix (5), San Antón-Los Palmerales (5) and the Old Cemetery (4).