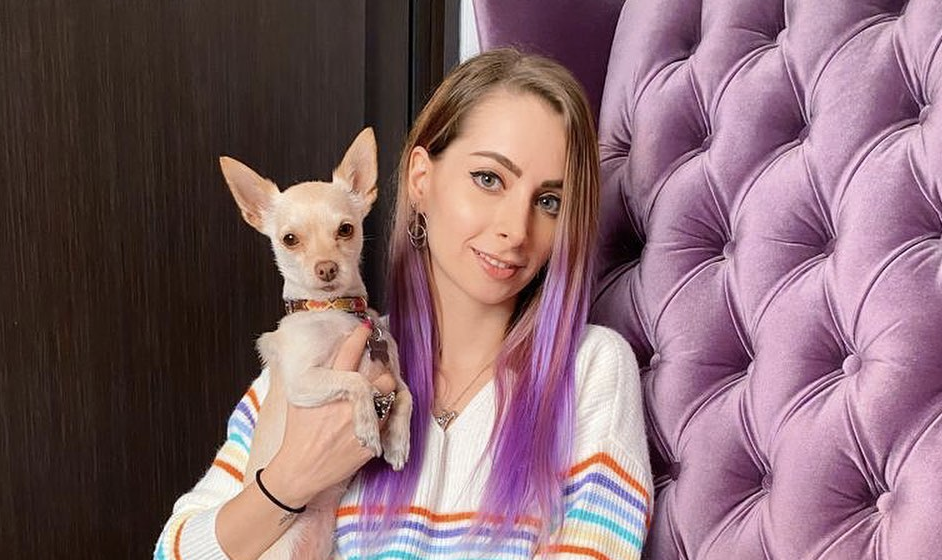 Hours after posting his last video on his Twitter account, the youtuber Mexican Yoseline Hoffman, known as YosStop, She has been arrested at her home by agents of the Mexico City Attorney General’s Office for a crime of pornography against a minor. According to the complaint, the arrested woman, 30, admitted in one of her videos having received, reproduced and stored on her mobile the recording of the group sexual assault on a teenage girl, whom she called a “whore.”

In videos disseminated on social networks, it is observed how Hoffman is detained by agents at her home in the Narvarte neighborhood and driven into a patrol car on Tuesday night. The detainee has been transferred to the Santa Martha Acatitla female prison, south of Mexico City, where she is pending judicial disposition.

The arrest comes three months after the rape victim, Ainara Suárez, who was 16 years old at the time of the events, filed a complaint against four men for sexual assault. In it, he accuses them, along with a friend to whom they sent the video of the rape and the youtuber, of child pornography. Suárez’s nightmare has a precise date on the calendar: May 25, 2018. That night the teenager attended a party where, being drunk, four boys inserted a bottle of champagne into her vagina and recorded and broadcast the video among your acquaintances and on social networks. The case escalated to greater controversy when YosStop echoed the recording and insulted the victim in front of his millions of followers. The scene of an underage girl completely naked and being attacked by several young people was mercilessly circulated on all kinds of pornography websites.

Also Read  Novak Djokovic: why the world's number one tennis player is such a polarizing figure

The complaint against youtuber, which has about 5.6 million subscribers on your channel and videos with almost 10 million views, is based on the comment he made about the images of the attack, which he acknowledged having received, reproduced and saved on his mobile. Hoffman described Suárez as a “whore” on his social networks for having consented to the attack, in addition to accusing her of wanting to attract attention and of being a liar for reporting the violation on his networks. “The old woman allowed a bottle of Moët to be inserted into her vagina for three packs of cigarettes. Then this old woman became very popular for being that whore, “he said in a video that has already been removed from the platform. One of the lawyers from the firm Schütte & Delsol Gojon Abogados, Karina Martínez, who handles Suárez’s case for free, told this newspaper last March: “Only the fact of storing or reproducing that content is already constitutive of the crime of pornography. childish. And she herself shows the screen of her phone with the video of the rape before the camera ”.

Three years after that night of horror, this law firm celebrated this Tuesday the arrest of YosStop. The accused faces penalties ranging from 7 to 14 years in prison, although due to the type of crime, an agreement could be reached and the trial avoided. So far it is unknown if there have been any arrests regarding the four denounced for gang rape. However, the case has rocked the world influence Mexican, and is one more picture of a country in which 4 out of 10 adult women have suffered some type of sexual violence.

Also Read  The 'stealth' of the condom is a vile practice. California is right to ban it | Moira Donegan