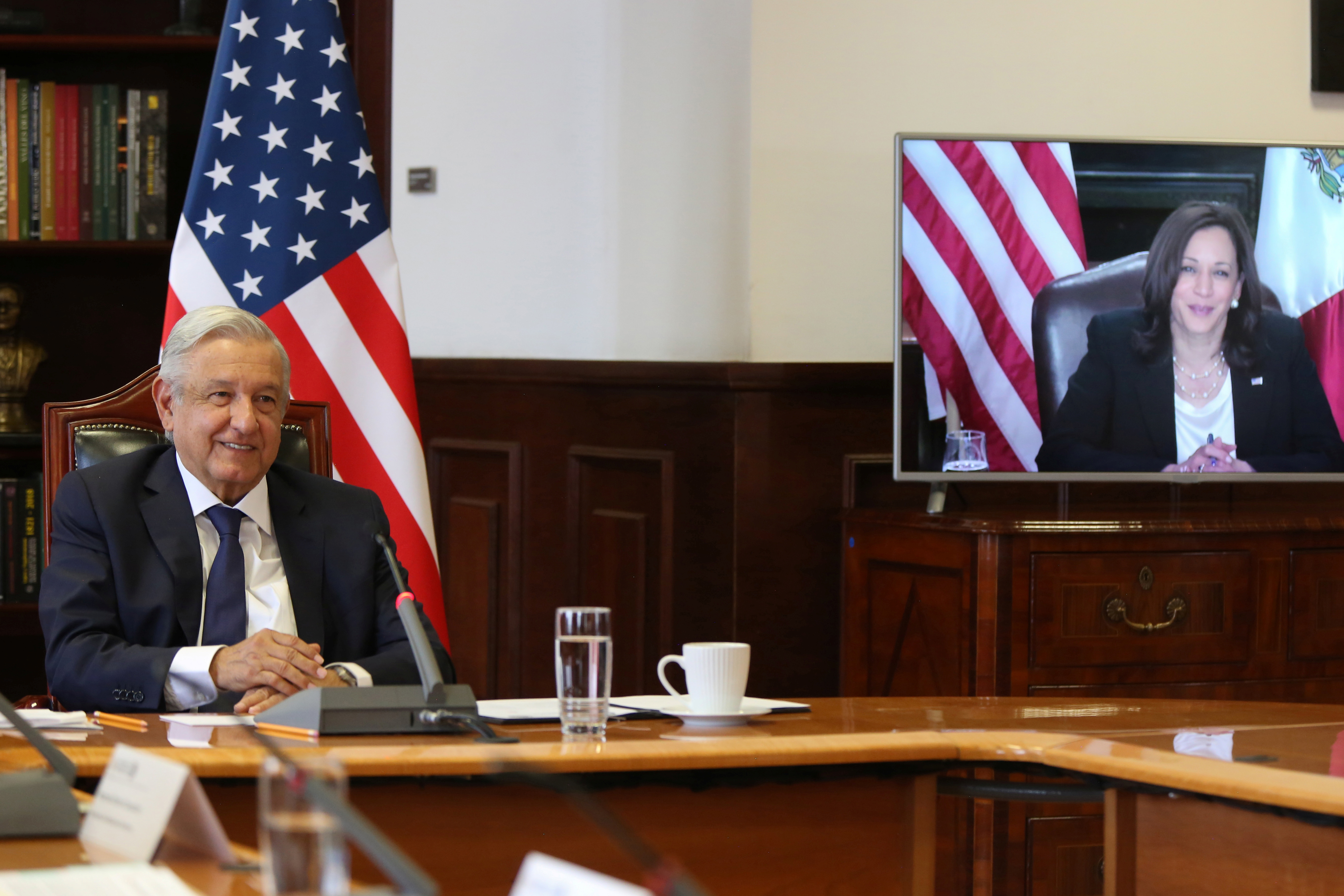 Mexican President Andrés Manuel López Obrador paraphrased former president Porfirio Díaz in the first virtual summit he held with American Joe Biden last March. Diaz, who ruled Mexico for 34 years between the late 18th and early 20th centuries, is credited with the popular phrase: “Poor Mexico, so far from God and so close to the United States.” López Obrador quoted him to later add: “I can say that it is wonderful for Mexico to be close to God and not so far from the United States.” Vice President Kamala Harris’s visit to Mexico next Monday, the first face-to-face contact between the two governments, will focus above all on addressing the reasons for the Central American migratory pressure, on finding solutions to the misery and violence that undermine the region, but It will also serve to begin to measure the distance or closeness that exists between God, Mexico and the United States.

After four years of the mandate of Donald Trump, who made the attacks on Mexico one of the most recurrent issues in his electoral strategy, it would be logical to expect that the chronicle on the change of tenant in the White House would speak of the end of a period of confrontation and the beginning of a new, milder climate in relations between two countries condemned to coexist and understand each other, which share 3,200 kilometers of border and move more than 6,000 million dollars in commercial exchanges. But if profiles such as Trump, López Obrador and Joe Biden are combined in the political equation, the story promises unforeseen twists and turns.

The Mexican president ended up forging a framework of understanding and cordiality with the leader who linked them to the immigration of “rapists” and repeated left and right “they will pay for the wall” that the Republican wanted to build on the border. When he visited him at the White House last July, they were full of praise: “Instead of grievances, we have received understanding and respect from you,” said López Obrador. “We are friends against all odds,” proclaimed the American.

However, he has received Biden coldly: it took him six weeks to congratulate him on the victory – the former ambassador in Washington came to describe him as “supposed president-elect”, at the same time as Vladimir Putin and Jair Bolsonaro did; He did so in a tepid letter in which he reminded him of the principle of “non-intervention” and, since then, has launched several pujas, among them, offering asylum to the founder of Wikileaks, Julian Assange, imprisoned in the United Kingdom while Washington asks for his extradition. In a context of electoral climate (this Sunday López Obrador faces a kind of plebiscite with local elections and the renewal of Congress), he has also criticized the annual report that the State Department prepares on human rights as interference and donations critical NGOs that he calls “coup plotters”.

As much as he said on March 1, it is far from clear that López Obrador’s Mexico is close to Joe Biden’s United States. Trump applied a monothematic policy on Mexico, aimed at controlling the flow of irregular immigrants from Central America. López Obrador conceded, abandoned his program, applied a heavy hand and both ate partridges. The Democrat’s strategy spans multiple fronts: immigration is the most pressing challenge now, but later he plans to open the melon on climate change policies and opening up his energy sector, for example. All of that complicates things.

Arturo Sarukhan, Mexico’s ambassador to Washington between 2007 and 2013 who resides in the US capital, believes that the new Administration will be more likely than Trump’s to meddle in domestic political affairs and that may create friction with López Obrador, who In his opinion, he does not understand the exceptionality of the bond between the two nations. “The relationship is intermestic [es decir, que todos los asuntos de política doméstica se relacionan directamente con el vecino]Only two countries in the world have this type of relationship with the United States, Israel and Mexico, but López Obrador does not understand this because he has a vision of foreign policy from the 70s, ”he says by phone.

Also Read  The triple cost crisis anticipates new increases in the shopping basket: "These expenses will have to be passed on"

To this is added that AMLO, as the Mexican president is colloquially known, “has an elephant’s memory and considers that the Democrats should have supported him when he denounced electoral fraud in 2006 and 2012”. “Trump and López Obrador are twins from different mothers, despite their ideological distance,” he continues, “they saw themselves reflected in each other, in distorted mirrors, and they achieved a tacit quid pro quo that no one expected.” If López Obrador had not acceded to Trump’s demands on immigration, when in 2019 the American used the tariffs as a pressure mechanism, that strange alliance would not have happened.

Hillary Quam, special advisor to Vice President Harris for Mexico, advanced this week in a call with journalists that this Monday’s meeting seeks to advance the objectives set last May, related to the economic development of the so-called Northern Triangle (Guatemala, Honduras and El Salvador) and its effect on irregular immigration, but also “establish more areas of collaboration”. Harris, who has been entrusted by Biden with the mission of alleviating migratory pressure on the southern border, as President Barack Obama did with him as vice president, will meet with López Obrador to discuss the most urgent matter, but also how “Deepen the bilateral relationship, including issues of economic insecurity.”

There is a conflict looming in the energy sector. The reform promoted by the Mexican government is detrimental to foreign investment, reduces the commitment to renewable energy and has set the sparks in the monitoring group of the T-MEC (the trade agreement between the two countries and the third North American partner , Canada, which succeeded Nafta and came into force in July 2020). Duncan Wood, senior advisor to the Wilson Center’s Mexico Institute, highlights that “there have already been many criticisms of US companies before, but the Trump administration did not take a strong position and that now is going to be more important.”

There has also been a breakdown in collaboration on security and intelligence collaboration. For Wood, the turning point came from the ‘Cienfuegos case’. The Mexican prosecutor’s office decided in January to exonerate General Salvador Cienfuegos, a former defense secretary, after he was arrested in Los Angeles in October on charges of drug trafficking and money laundering. Washington agreed to drop the charges to be tried in Mexico

The frictions, however, believe that they will take time. “We are in the process of building the relationship and I believe that everything will be friendly, the conversation this week will be constructive. Now the priority is immigration and I don’t think it will be until after the summer when a more holistic conversation begins, ”says the expert. The decision of the United States to start sharing its vaccine stocks with Latin America also weighs heavily. Wood calls the link between López Obrador’s Trump “a marriage of convenience.” With Biden the type of bond has yet to be established.