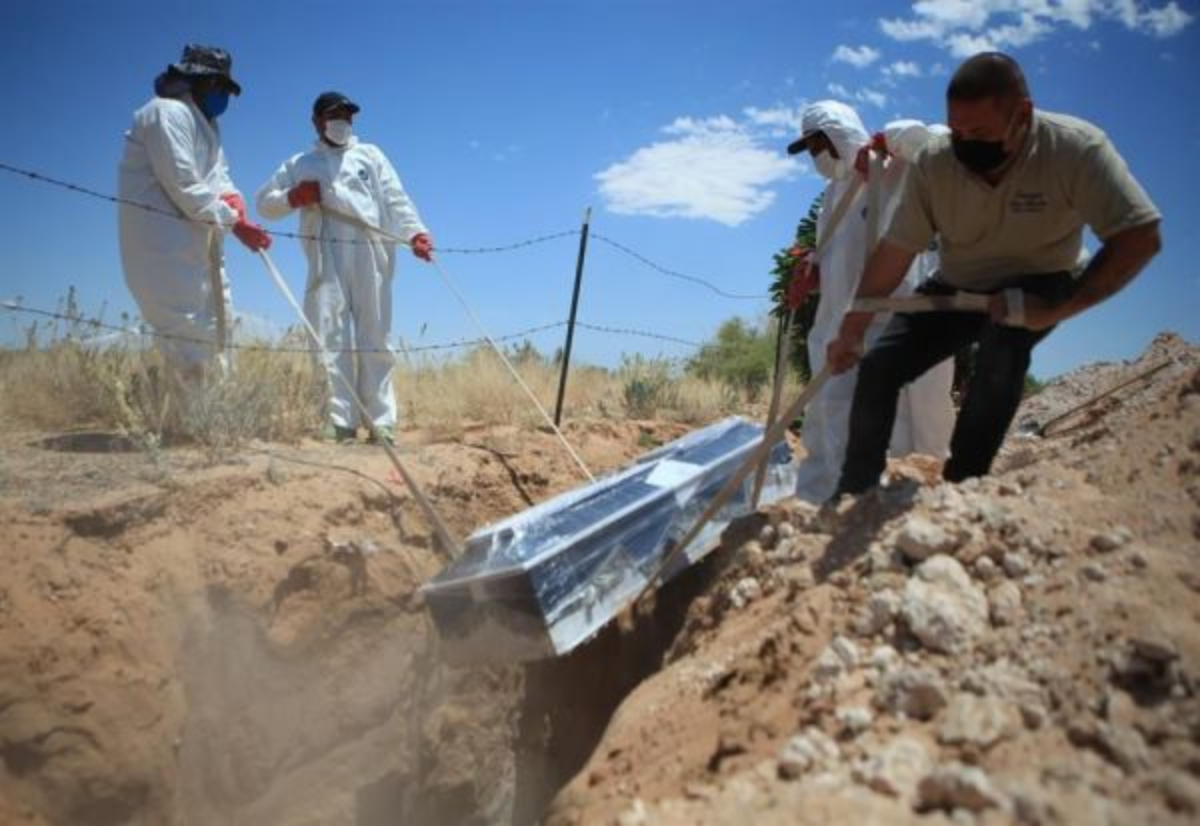 94% of Mexicans killed by COVID-19 were workers, housewives and retirees with adverse economic conditions, and half did not finish primary school, revealed a study of the National Autonomous University of Mexico (UNAM) available this Sunday.

In addition, 92% of deaths occurred in public health institutions, with half in the Mexican Social Security Institute (IMSS), while in private hospitals only 2% of deaths occurred, detailed the report “Impact of the social determinants of COVID-19 in Mexico.”

“The data mentioned here point to large differences both in the level of contagion and in the severity and mortality of covid-19, according to the socioeconomic level,” determined the research carried out by the UNAM Faculty of Medicine.

Mexico is the fourth country with the most deaths from COVID-19 in the world, with more than 221,000 deaths and almost 2.4 million confirmed infections.

In addition, the crisis would have left an increase of between 8.9 and 9.8 million Mexicans with an income below the Income Poverty Line, according to the National Council for the Evaluation of Social Development Policy (Coneval).

The UNAM study analyzed the figures until March 11, when Mexico reported 2.14 million cases and 192,488 deaths.

The research found that “half of the deaths occurred in people with a maximum level of primary education.”

Likewise, it reported that the low-income urban population in municipalities with a high socioeconomic level has been more likely to become infected and die from COVID-19.

“In Mexico, low schooling is associated with precarious life and health conditions and a higher risk of death. There is no doubt that COVID-19 It has greatly affected the population with less education ”, the report considered.

The analysis mentioned “very pronounced differences” in the state death rate, with Mexico City leading the way with a rate of 318 deaths per 100,000 inhabitants, followed by Baja California with 210 and Sonora with 199, both in the northwest.

The report also noted that only one in four infected, 25%, received hospital care.

“At the national level, only one out of every five people who died from covid-19 was treated in a Intensive Cities Unit (UCI) ”, he reported.

The experts also highlighted the differentiated impact on the nearly 7.2 million indigenous people, with a fatality of 17.4% that “doubles the prevalence in the general population.”

“It is clear that health inequities in vulnerable groups in our country are a reality that has shaped the health status of each individual and has resulted in a greater impact by SARS-CoV-2,” the report concluded.