Every time Michael Bay releases a new movie, whether on platforms or in theaters, we all expect a full-fledged blockbuster. His new film, Ambulance, is no exception and has revolutionized the way action movies are shot.

All critics agree that it is not necessary to know who has directed Ambulance, to know that we are undoubtedly facing a Michael Bay film. The Transformers saga, Armageddon or Pearl Harbor (among many others) have the Bay touch.

Based on a 2005 Danish film of the same name, Ambulance tells the story of two bank robbers who hijack an ambulance occupied by a male nurse and a critically ill patient.

Following the characteristic style of this, the action sequences are extremely fast. And what better than a small FPV drone to get right into the action and capture shots that would not otherwise have been possible. 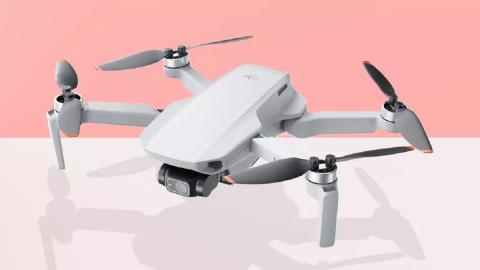 And it is that, the fascination of this for the best cameras and the most innovative technology is not something new. Producer Michael Kase, who has made nine films with Bay to date, says that one of his first jobs on every production is to find the newest gear out there.

To generate the characteristic style of the film, RED cameras were used, Bay’s favorites, customized for the director under the Bayhem label; specifically they are the HELIUM 8K and KOMODO 6K models equipped with the latest generation lenses.

On the other hand, and what really stands out in this new film, is the use of FPV or First Person View drones. These devices, whose price exceeds 10,000 euros per unit, in a nutshell, are drones equipped with cameras that are piloted in the first person through VR glasses, which broadcast live and are often used in speed and acrobatic sports competitions.

We leave you a video that explains the use of these devices on the set.

“I can see exactly what the drone sees in real time. So it’s a whole new arena to fly in and it allows us to fly in really crazy places and get some really amazing shots that you can’t get with any other camera or drone.”Explain.

Without going any further, to capture the drone shots, Bay resorted to Alex Vanover, one of the fastest and most aggressive drone racing drivers, who won the 2019 DRL World Championship at age 19.

Bay considers that the use that has been given to drones in the cinema, as a general rule, is boring, so he decided to use them to create incredible and wild shots, which do not hesitate to sneak into the middle of the action, going through interiors, narrow gaps, and even explosions.

And the fact is that, if we add to this the use of heavy pyrotechnic artillery and the destruction of cars and urban furniture, we find ourselves before 140 minutes from Bay in its purest formwhich deserves to be seen on the largest possible screen and with the most powerful sound equipment our eardrums can withstand.