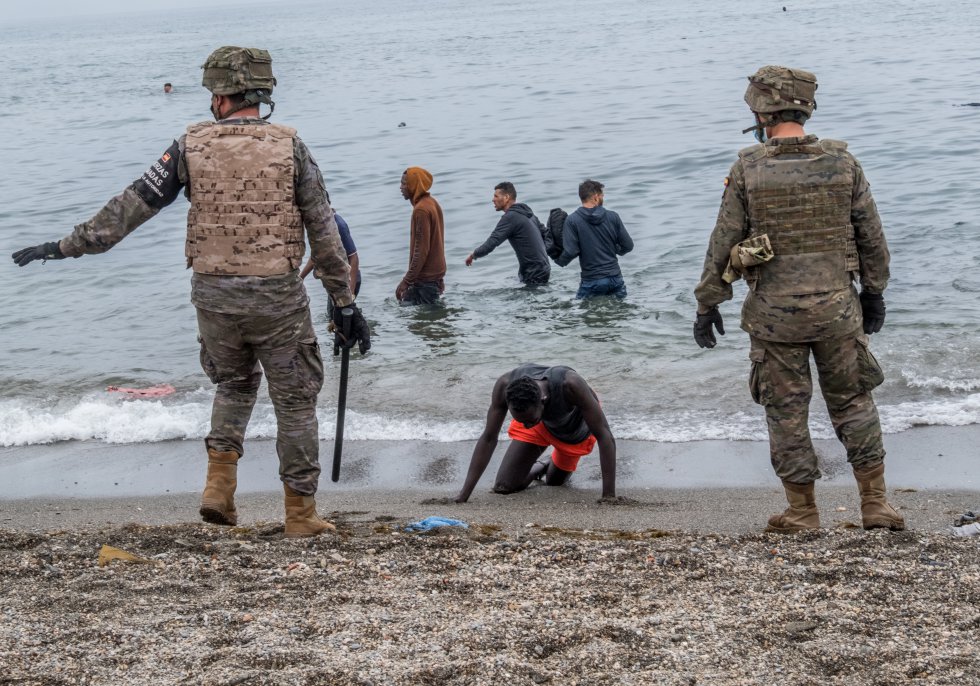 It is paying late and badly not having reached an agreement on the Sahara with Morocco in 1963. Hassan II noticed this in April of that year when he proposed to Spain, through Ambassador Manuel Aznar, to reach an agreement on what he called “southern territories” which, for him, constituted the “true dispute” with Spain. The situation was conditioned by his fear of facing, in the first elections to be held a month later, those he described as “demagogues” who played with irredentism.

“The problem of Ceuta and Melilla, as I see it,” the monarch would say on that occasion, “neither you nor I are going to solve it, do you understand? neither your generation nor mine. But, in addition, I believe that we must inscribe it in a general Mediterranean problem, within which we immediately find Gibraltar. Therefore, at this point, things are very clear to me. All the dispute in short is related to the southern territories ”.

The case of Ceuta and Melilla was in the eyes of Hassan II a minor matter, but one that could be complicated if an agreement was not reached on the matter that mattered. Pressure would arise, he warned, in public opinion, and “it is difficult for a king to contradict certain kinds of demands. We will put Ceuta, Melilla, everything on the table again. What can I do? Spain will be angry, Morocco will also be angry, we will all be angry, we will end up considering that to nurture meaningless relationships it is not worth having important ambassadors in Madrid and Rabat, we will fall into a stalemate. We will live with our backs to each other. Bad for you. Bad for us. A huge failure. Who will take advantage of it? The forces of instability, which do not lose an opportunity to prosper ”.

Seen from a distance, this statement was foreboding. But what Morocco has not calculated in the current situation is that with this “march of minors” towards Ceuta the forces of instability are being encouraged, since one of the greatest concerns of the Moroccan Royal House in relations with Spain is the rise of the extreme right, according to the confession of a royal councilor when the Andalusian elections revealed the problem.

The blind eye shown by the Moroccan authorities at the present time is to play with a fire that can explode on both sides of the border, since on the other side is the powder keg caused by the consequences of the unilateral and already prolonged closure of merchandise traffic on the neighboring city of Fnideq, the old Castillejos, which has deprived tens of thousands of Moroccans a livelihood. But it is a technique, that of blackmail with the migratory threat, well shot by our neighbor.

Certainly Spain offered Morocco the pretext it was looking for for a “justified” indignation on a plate: to welcome the leader of the Polisario Front for humanitarian reasons and without prior warning, at a time of tension in which Morocco was pressing hard for more countries to join. to the recognition by Donald Trump of the Moroccanness of Western Sahara. Especially after the warning of the cut of relations with Germany for being dissatisfied in the Security Council with the measure. Could Spain have acted differently, refusing the Algerian request to host the Saharawi leader in a Spanish hospital? Germany, which had welcomed the Algerian president for many months to treat him for covid-19, drained the bullet when it came to the Saharawi leader, so as not to add fuel to the fire. But for Spain, with its history on the issue of the Sahara and with a public opinion so sensitized by the Saharawi cause, a similar attitude was more difficult, but it could, perhaps, have diverted it to another country less vulnerable to the wrath of Morocco than Spain. A few more hours of medicalized travel and Brahim Ghali would have ended up landing in Venezuela or Cuba. He was not the first polisario leader treated in Spanish hospitals. In 2018 Ahmed Bujari, representative to the United Nations of the Front, died in the Cruces de Barakaldo hospital where he was being treated for cancer.

Also Spain could have had the courage to have openly clarified it with Morocco, making it clear that, after all, it is the representative of “the other party” that the UN recognizes as Morocco’s interlocutor in the forced negotiations that should, one day , resolve the issue.

But there Morocco had the bull by the horns to finish off the play of their “affected” indignation. Gali must give an account to the Spanish courts for causes, real or feigned, that Morocco in its day was in charge of mounting with a well-rehearsed technique for its services to delegitimize its dissidents.

In the midst of all this mess, Morocco unleashes the specter of emigration without calculating the damage on both sides of the border, knowing that it will not achieve its goal of adding Spain to Trump’s thoughtless decision, which violates United Nations guidelines that require an agreement between the parties to resolve the issue at once.

Bernabé López García He is an honorary professor of History of the Contemporary Arab World at the UAM.