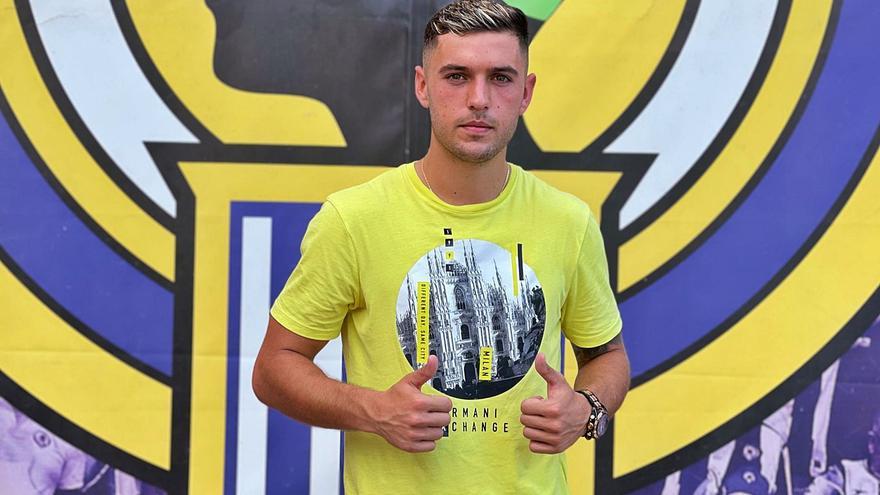 “We have been left out of the Cup and we are frustrated by the defeat, but the feelings were good,” said the player referring to the game lost to the Ebro (1-0), which adds to the bad dynamics in the League.

Miguélez recalled that the main asset of Hercules is the League, which is where he has to “give the call”, but he admitted that the Federation Cup would have been good for the team so that the players without minutes could pick up the rhythm and those of the subsidiary were given to know.

The midfielder indicated that he is getting out of the current sporting situation “working” and hoped that his moment in the team could come after a complicated start to the course, marked by his physical problems in the preseason.

As for the next game against Atlético Pulpileño, Miguélez recalled that the rival will face the game “at a good time” and appealed not only to match the intensity of the rival “but to overcome it” to add the three points.

The player did not want to use the synthetic grass on the opponent’s field as an excuse “because you can run on it, play on it and it does not prevent you from doing anything.”

For his part, Héctor Pizana, Atlético Pulpileño goalkeeper, is excited about Hercules’ visit. “We are in an attractive and extremely complicated group at the same time. Equality is maximum and a historical Hercules arrives, a great team. The fans, the dressing room and the club want to enjoy every game that comes our way. To be able to face these rivals is the milk ». Pizana says that in Pulpí the joy and excitement continue to rise with the team, one of the most humble: «As a local you have to expose a little more, carry the weight of the duel, and when there is a team with so much potential in front, the games change much. We return to San Miguel after the Pulpí festivities and now it is our turn to bring joy, above all, to a Hercules. It is amazing what you live here, you make friends, you see that people accompany you, shelter you in bad times … Here you love football, “says Pizana in statements to the Voice of Almería. “We know each other from last year and for Sebas López it is essential not to conceal goals. It is our base and thus we are much stronger. The data is there: when we leave the goal to zero there are many possibilities of winning due to the quality of the attack. It is the way to go, what we focus on the most during the week. Our players who have that extra point of quality are also involved in defensive work, ”said the Atlético Pulpileño player days before facing a needy Hercules.

Illusion in San Miguel de Pulpí for the visit of Hercules

The visit of Hercules in any field of this fourth category always generates illusion and expectation and nothing else happens in the fiefdom of Atlético Pulpileño where on Sunday he receives a Hercules in low hours. The illusion of receiving one of the greats of the category is maximum for a team that is above the Blue and White team in the standings and that has just beaten Eldense. The box of Sebas López gives one of lime and another of sand, since two weeks ago he received the defeat of La Nucía, leader of the table. The motivation is maximum to play against Hercules.